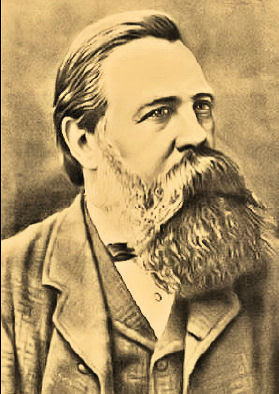 Way back in 1887, Friedrich Engels, the famous Communist theorist, wrote this remarkably accurate prediction of the next war:

A world war of never before seen intensity, if the system of mutual outbidding in armament, carried to the extreme, finally bears its natural fruits. . . eight to ten million soldiers will slaughter each other and strip Europe bare as no swarm of locusts has ever done before. The devastations of the Thirty Years War condensed into three or four years and spread all over the continent: famine, epidemics, general barbarization of armies and masses, provoked by sheer desperation; utter chaos in our trade, industry and commerce, ending in general bankruptcy; collapse of the old states and their traditional wisdom in such a way that the crowns will roll in the gutter by the dozens and there will be nobody to pick them up; absolute impossibility to foresee how all this will end and who will be victors in that struggle; only one result was absolutely certain: general exhaustion and the creation of circumstances for the final victory of the working class.

Engels was completely right on the “total war” aspect. Indeed, by 1918 there was famine, a severe epidemic, the Spanish Influenza, and within a year the leadership of Russia, Germany, Austria-Hungary, and Turkey were all deposed. The working class got their “final victory” only in Russia, though they came close in Hungary, Slovakia, and Bavaria.