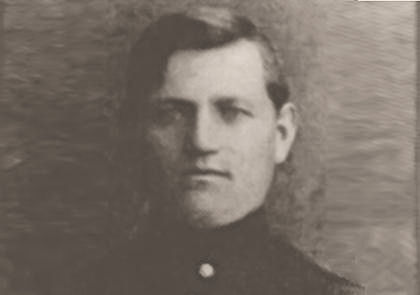 Sgt. Matej Kocak (1882–1918) was born in Gbely, Slovakia (then part of the Kingdom of  Hungary). He emigrated to America in 1906 and enlisted in the Marine Corps the following year. He  served with the U.S. Marine Corps at Vera Cruz, Mexico, in 1914, followed by New Orleans, LA, and then Santo Domingo, Dominican Republic. In 1917 he returned to the United States, where he joined the 12th Company at Quantico, VA. By December of that year he was in St. Nazaire, France, with the 5th Marines of the U.S. 2nd Division. In January 1918 he was promoted to sergeant.

When a machine gun nest halted the advance of Kocak’s battalion in the Battle of Soissons, he went forward alone and unprotected to rush the enemy position. With only his bayonet, Kocak drove off the enemy. Later that day, Kocak organized French colonial soldiers who had become separated from their company. He led them in an attack of another machine gun nest. 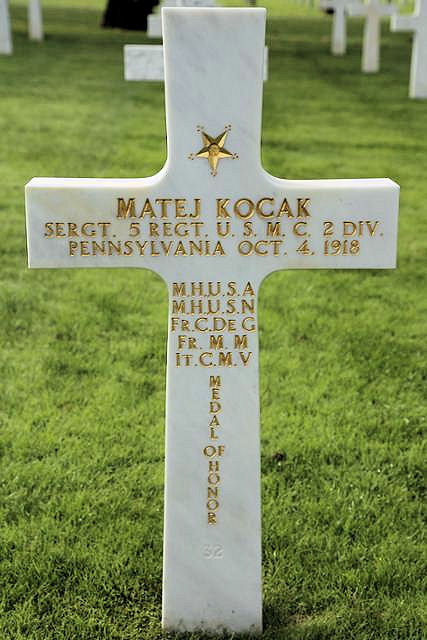