Operation GNEISENAU followed on 9 June 1918, five days after Operation BLÜCHER in the Marne sector ended in an attempt to force the Allies to commit troops south and fill the gap between the two enormous salients created by BLÜCHER and in March by MICHAEL. However,  the French were better prepared and the offensive ended after just three days of bloody fighting and a further 30,000 German casualties. But like Operation GEORGETTE following Operation MICHAEL, GNEISENAU had been cobbled together too fast and was too light in combat power. 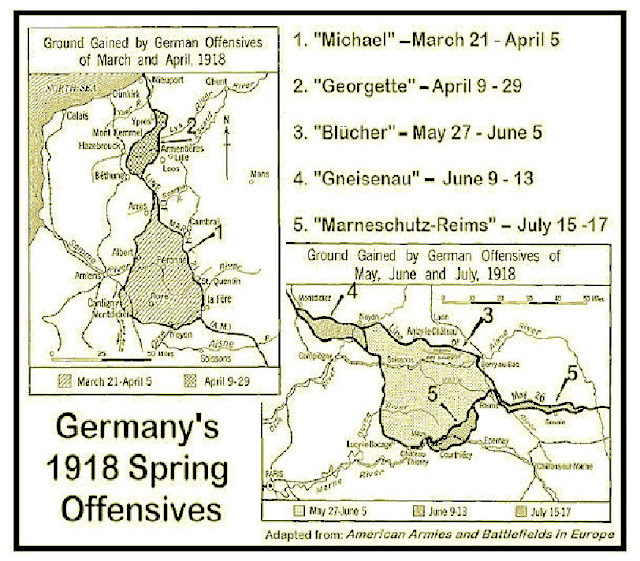 The Germans terminated the attack after only six days, after once more failing to achieve any operationally significant results or to cause the French to withdraw their reinforcements from behind the British. But there was also an ominous difference between Operation GNEISENAU and its three predecessors. For the first time in the Ludendorff Offensives the Germans had failed to make any notable tactical gains. The Allies were beginning to understand the new German attack tactics and develop more effective methods of defense.