1870–1876
Mayor of Paris’s 18th district–City councilman and then President of the Paris municipal council, Paris deputy

On 18 January 1871, King William I of Prussia is proclaimed Emperor of Germany at Versailles and armistice is signed with the German invader a week later. Georges Clémenceau, mayor of Montmartre and a Paris deputy, refuses to accept the annexation of Alsace and Moselle and resigns from the National Assembly. In March 1871 he welcomes the patriotic uprising in Paris, without officially joining the Commune. Again elected deputy for Paris’s 18th district in 1876, Clémenceau breaks with Gambetta and the rest of the government shortly after the republican success in 1877, judging them too cautious in their approach to reform. He campaigns alongside Victor Hugo for amnesty for the Communards. 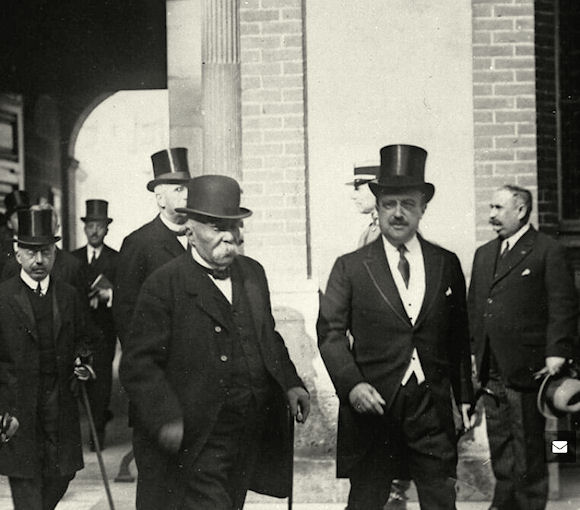 Reelected as deputy on a radical program in 1881, he becomes opposition leader for the extreme left and fights for his vision of a strong and united republic for all citizens. Actively opposed to colonialization, Clémenceau draws on his eloquence in parliament to bring down successive minsters, including Jules Ferry, his main adversary.

Clémenceau the duelist also fights with words, and his tongue is as feared as his sword or pistol. His parliamentary eloquence- intense, concise, and devastating, a weapon unleashed triumphantly against successive cabinets that earns him the nickname "destroyer of ministries." Notably, Clemenceau’s violent attacks on Jules Ferry’s colonial policy that was founded on the superiority of the white race cause Ferry’s fall in 1885. His words have remained famous: "Superior races, inferior races, that’s easy to say...The Hindus an inferior race? With their great refined civilization emerged from the mists of time…The Chinese an inferior race? Their origins unknown but seemingly from the dawn of ages..." 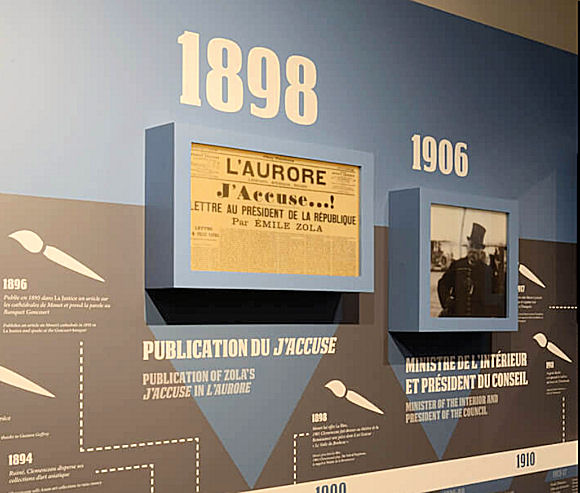 Clémenceau is a central player from 1897 onward in the rehabilitation of Captain Dreyfus, who had been unjustly convicted by a military tribunal for spying. Alongside Jean Jaurès and other writers and intellectuals, he fights tirelessly to overturn the judgement. In January 1898, he gives the famous title of "J’accuse" to Emile Zola’s decisive l’Aurore diatribe against the Army General Staff. Clémenceau would produce no less than 665 articles in various publications until truth and justice prevails. In 1908 and just a few years after Zola’s death, Clémenceau as head of the government arranges for Zola’s ashes to be moved to the Pantheon.

1901
Clémenceau’s play, The Veil of Happiness, is staged at Théâtre de la Renaissance

1906–1909
Elected senator for Var in 1902, Clémenceau becomes interior minister and president of the Council

Clémenceau is chosen by President Armand Fallières to form a new government and he succeeds Sarrien in October 1906.

1911
Auguste Rodin works on a bust of Clémenceau

Numerous visits to the front 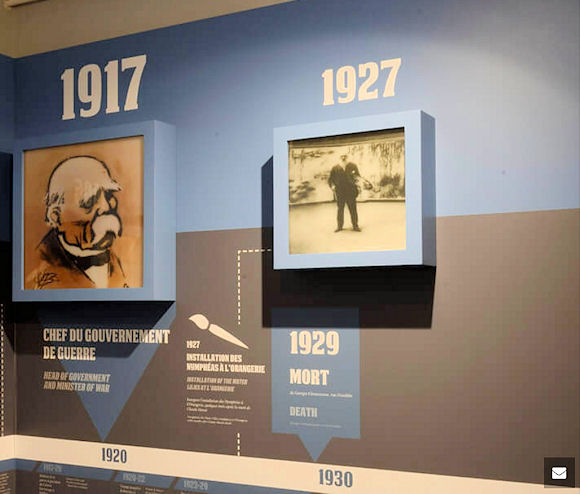 In November 1917, at the height of France’s national distress, President Raymond Poincaré calls on Clémenceau to form the government. Serving both as president of the Council and Minister of War until his withdrawal in early 1920, Clémenceau exhibits an iron will and undisputed authority. He imposes the union of Allied forces under the sole command of Ferdinand Foch, announces the armistice in the National Assembly on 11 November 1918 and is the main French architect of the Treaty of Versailles negotiated with British prime minister Lloyd George and the American president Woodrow Wilson. Clémenceau would later write about this period in his posthumous work, Grandeur and Misery of Victory.

Meets Marguerite Baldensperger, his last love, and writes Démosthène at her request.

Late in life, his longstanding friendship deepens with Claude Monet. Clémenceau is an untiring supporter and encourages Monet’s "Water Lilies" donation and installation at the l’Orangerie museum. "When the water garden lilies transport us from the liquid plain to the travelling clouds of infinite space, we leave the earth and its sky to experience fully the supreme harmony of thing."