By Hugh Brogan
Presented by the Kipling Society 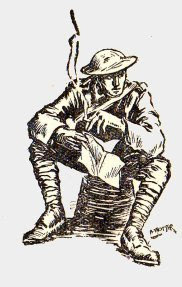 Hugh Brogan, Professor of History at the University of Essex, is a long-standing member of the Kipling Society and an authority on Kipling's life and works. This article was first delivered as an address to the Society on 11 February 1998 and reprinted in the Kipling Journal in June 1998. A revised version is to be found in In Time's Eye, essays on Rudyard Kipling edited by Jan Montefiore (Manchester University Press 2014). The collection also includes an article by Harry Ricketts on "Kipling Among the War Poets."

Hope lies to mortals
And most believe her,
But man's deceiver
Was never mine.

The thoughts of others
Were light and fleeting
Of lovers' meeting
Or luck or fame.
Mine were of trouble,
And mine were steady,
So I was ready
When trouble came.


Many, many years ago, when I was a young academic at Cambridge, I found myself sitting on a sofa having tea with E.M. Forster. It was the season between Bonfire Night and Christmas. He said that, according to his bedmaker, old people hated Remembrance Sunday—it brought back too many painful memories. 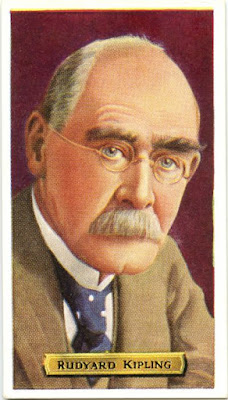 I myself hated Remembrance Sunday 1997. During the last Parliament I couldn't help noticing (like everyone else, I watch the television news) that every year in the week or so before 11 November, Tory M.P.s sprouted plastic poppies in their lapels (by the way, why are modern Poppy Day poppies so cheap and ugly?) as if they had contracted a rash. In 1997 they put the things on a full fortnight beforehand and so did members of the Government. There was no sign of the pacifist White Poppy movement, which made itself conspicuous a few years before; but Peter Tatchell led a homosexual group to place artificial pink poppies (arranged in a triangular wreath) on the Cenotaph a week before the official ceremonies. The British Legion repeated its plea that two minutes silence should be observed by everyone on 11 November as well as on Remembrance Sunday; and commerce (my building society) and the prime minister hastened to endorse it.

Since only one war ended on the eleventh hour of the eleventh day of the eleventh month—not World War II, the Korean War, the Falklands affair, or the Gulf War—this seemed to me to be an objectionable idea, suggesting that only the First World War mattered, or that it mattered uniquely. In a way that is quite true, but I do not think it is a point that should be made at the time when all our battle dead are being commemorated.

The whole shabby farce culminated on Remembrance Sunday itself, when a dirty, tattered Union Jack was flown over Whitehall upside down. The Ministry of Defence gallantly blamed the Crown Property Services Agency.

Surely this concatenation of self-serving humbug, enacted at the expense of what used to be the most sacred ceremony of the British year, is proof that those old painful memories are losing their hold on the nation. We would not insist so vulgarly that we remember if we were not actually forgetting, or putting the sagas aside. This forgetting is, I think, a development both inevitable and healthy. But we will do ourselves no service, and the dead no honour, if, as a people, we continue to pretend that the poppies mean as much to us as ever. Did those sons and daughters die so that we could play the sanctimonious hypocrite in their name?

Of course not. Yet I can see few signs that the popular imagination is ready to consider and discuss the wars of the 20th century—the two World Wars particularly—dispassionately, honestly and knowledgeably. In the course of preparing this paper I went to hear a lecture by Professor Brian Bond on the First World War  in which he told how, recently, he had heard a young woman remark during a television discussion that it was thanks to the public schools that Britain lost that war. Professor Bond wrote in to say that according to his information Britain had won. The BBC wrote back to say politely that he was entitled to his view.

Another anecdote: not long ago I had occasion to read a graduate thesis on women writers and the Great War. I was startled to find that the author, writing nearly 80 years after the Armistice, took it for granted that the absolute pacifists of 1914–18 were right. The war should never have been fought, and any writers, even women writers, who thought otherwise—who let their attitudes be tainted by patriotism or any other belligerent propensity—were simply written off as "militarists." It had not crossed the writer's mind that you could hate the war and the processes of waging war and yet believe that it must be fought and won. As Wagner once said of Mendelssohn, I seemed to see an abyss of superficiality opening before me.

Nor could I dismiss this piece of work as a mere token of one student's personal eccentricity. On the contrary, the writer was the typical victim of two generations of misrepresentation. It is hardly surprising that an age which finds in Benjamin Britten's "War Requiem" (which ought to be called "An Anti-War Requiem") its most representative piece of public music, should be unaware that it is possible, in all seriousness and decency, to take more than one view of the Great War. Nor is it surprising that the British generally, so far as I can judge, now hold two logically incompatible beliefs; first, that all war is pointless and avoidable, that all admirals, generals, and air marshals are vicious incompetents, that all servicemen are passive victims, rather like sacrificial sheep; second, that the sheep were heroes who saved their country. And attempts are now being made to launch a third fallacy, or should I say to resurrect one. On 11 November 1997 the BBC saw fit to run a TV news item on German atrocities in Belgium in 1914. The wheel has indeed come full circle.

As a professional historian I passionately repudiate all this inconsistent and irresponsible myth-mongering. Neither the pacifist nor the nationalist view of the World Wars—of World War I in particular—is an adequate interpretation; nor is a hellish blend of the two; and there are some things that are too precious to be relinquished to the self-serving posturing of demagogues, whether of the Left or the Right. Furthermore, a nation which wallows in sentimental falsification of its past is likely to misjudge and mishandle its present, with Heaven knows what evil results. The time has come to cry halt, as I am glad to report that a good many of my professional colleagues are doing;  and we, as members of the Kipling Society, have a particular obligation to raise our voices, for among the many burnt offerings currently being set before the God of Slovenly Falsehoods is the reputation of Rudyard Kipling. It grieves me to say that to judge from the latest issue of the Kipling Journal we are failing somewhat in our duty.

The journal in question (December 1997) contained eight pages of comment on the recent (October 1997) play, "My Boy Jack", by David Haig. The comment was intelligent, good-humoured, and well-informed, as was to be expected, and the Holts, in particular, had some important reservations, but except for one paragraph by the editor (who had not seen the play), all the contributors fell into the same trap which, in my opinion, had swallowed up the dramatist. They all accept that the war was pointless, and that the dead died uselessly. The play amounted to an almost total falsification of the beliefs, views, and principles of the Kipling family where the Great War was concerned, and simultaneously displayed a shocking ignorance, indeed I must say prejudice, about the war itself.

The tragedy we were shown was not the tragedy which actually befell the Kipling family; the interpretation of the war that was laid before us was one which no one at the time would have endorsed, except possibly Bertrand Russell and a handful of pacifists (16,500 conscientious objectors, as against 4.9 million who enlisted). To a historian, the piece was a travesty of the past, and a confirmation, if one was needed, that myth has displaced truth, and that too many of the British have lost touch with their actual past. Ours is a generation which has succumbed to sentimentality and to what, in my profession, is sometimes called "presentism": the inability to understand that the past is different and that what seems obvious to us, or to some of us, would have seemed contemptible, even incomprehensible, to our recent ancestors. So my business tonight must be to remind you all of certain facts about the Great War and to clarify Kipling's response to it.

Let me begin by saying a word about young John Kipling. It need not be long, since George Webb (editor of the Kipling Journal from 1980 to 1998) has already said all that is needful. John in life was not the sympathetic but probably neurotic weakling that David Haig makes him. He was an entirely typical specimen of the young men who rushed to arms in 1914 at their country's call. Over a million of them had volunteered by Christmas. I would like to stress how extraordinary this was: every other belligerent in 1914 relied on conscription; only Britain disdained it. It is inconceivable that John would have held back, and we know that he did not. He was not quite seventeen when the war began, and his bad eyesight might have kept him out of uniform, but he would not allow it to do so. Rejected on his first application for a commission, he said he would volunteer to serve as a private. But his father applied to Lord Roberts, who got John a commission in his own regiment, the Irish Guards.

To continue reading the article go to: