Where Were the British Tanks During the 100 Days Offensive? 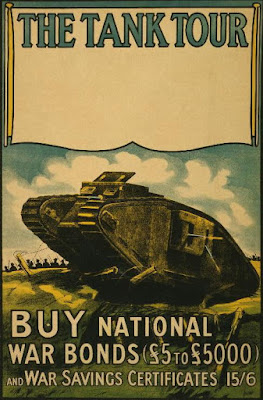 While failing to achieve critical mass at any particular point on the battlefield, the Tank Corps soldiers and their tanks represented themselves well throughout 1918. They trained hard and fought harder for the eventual victory. One continuing Achilles' heel remained the lack of reserves at any echelon to help press the fight. In fact, with the crush of the Michael Offensive appropriating many soldiers into infantry units originally allocated to expand the Tank Corps, the corps was reduced from six brigades to five for the remainder of 1918. Help was all but nonexistent as the Tank Corps only received two fresh battalions between August and November 1918. All other tank battalions were in a continuous though piecemeal fighting essentially through war’s end.

After the tank’s highly successful use in the battles of Hamel and Amiens in the summer of 1918, few figured dramatically in the final weeks before the Armistice. Some historians, such as John Terraine, hold that the tank force had culminated by the end of September 1918. A noted exception is historian Tim Travers, whose calculations on mission-capable tanks available to General Haig from August through November 1918 revealed around 300 ready at any particular time of choosing. Travers cites lack of trained crews, lack of reserves, and lack of spares (complete tanks) as the prime suspects in keeping tanks out of the majority of fighting during late 1918. Though compelling, Travers fails to account for crew or unit cohesion, or logistical support. Further, with the Allied breakthrough in October 1918, tanks likely lost significance with many leaders who envisioned the tank’s role as primarily to execute the breakthrough, not win the war of maneuver...

J.F.C. Fuller himself in his 1920 history of tanks in the Great War described the Tank Corps as a shattered force by November 1918, and his accounting of tanks showed out of 1,993 tanks and other armored vehicles engaged in battle during the last 100 days of the war, 887 were turned over to salvage. Only 204 had been repaired and reissued by the end of the war, 15 were declared un-salvageable, and the rest were still in some sort of maintenance limbo.

Source:  "What Kept the Tank from Being the Decisive Weapon of World War I," Thesis, Major Brian A. Pedersen, U.S.Army, 2007