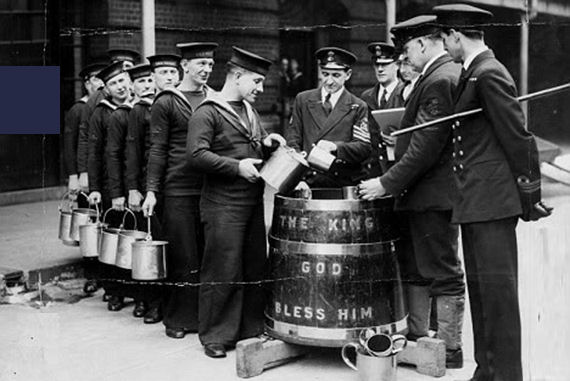 This past 16 August was International Rum Day. The Royal Navy's sailors of the High Seas Fleet benefited from the tradition of of a daily rum ration dating back to 1655, shortly after the invasion of Jamaica by the Royal Navy. The daily tot became codified in 1731 but was later watered down, affectionately named "Grog." The rum ration was abolished on 31 July 1970 and is now commemorated on "Black Tot Day" every year. 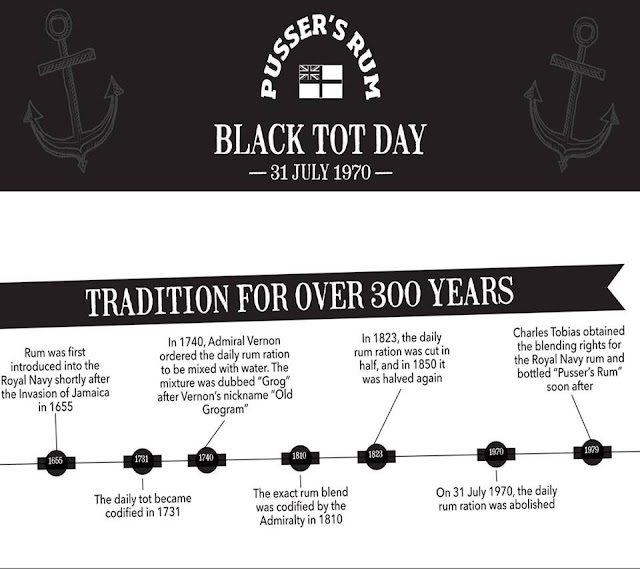