In Champagne: The 28th Brigade Ossuary and Cemetery 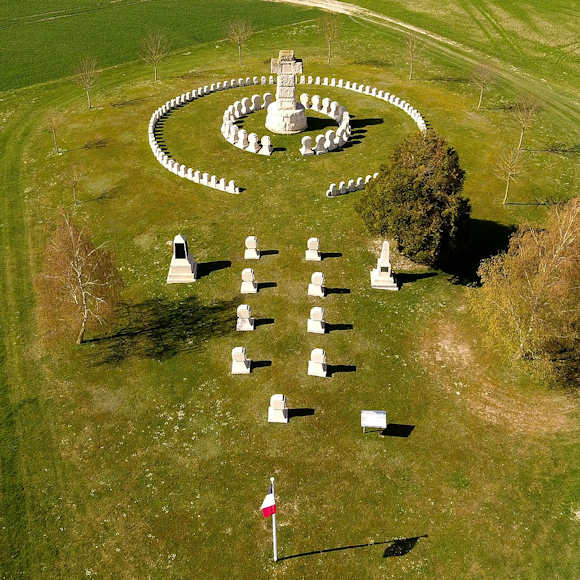 Located  about one mile west of Souain in Champagne is the French National Cemetery and Ossuary of the 28th Brigade. It houses the graves of 147 French soldiers of the 28th Brigade, killed during the First World War's Second Battle of Champagne. There is also a mass grave on the site but the number of burials in the mass grave[s] is unclear. 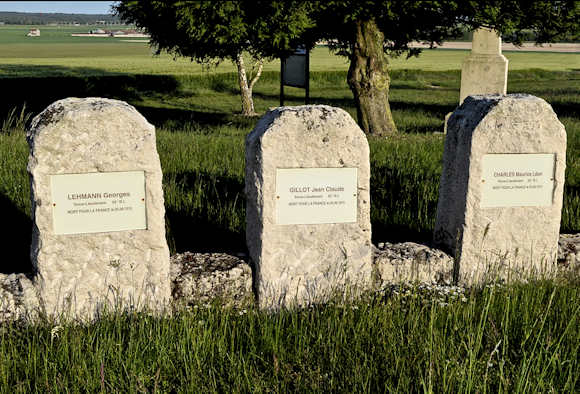 Its unique design was apparently intended to be evocative of Celtic cromlechs (megalithic period tombs).  Surrounding a large limestone cross, which carries the inscription "Aux morts de la XXVIIIe Brigade,"  are two circles of markers identifying the individual burials. Toward the flag pole there are additional markers for the the brigade's regiments and memorials to two other regiments, the 60th and 44th that fought in the area. During the battle. after six days of fighting, the 28th Brigade lost  1,133 dead and missing and  1,362 wounded.
After the war, the chaplain of the 28th Brigade, Father R. Paul Doncoeur, SJ,  and several volunteers from Belfort, where the unit was raised, returned to the battlefield to locate and bury the rest of their comrades. The monument and cemetery were inaugurated on 25 September 1919. This cemetery is officially named the "Nécropole nationale de Souain—28e Brigade". 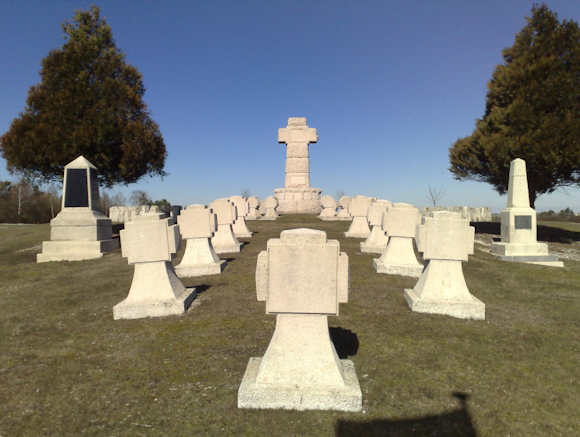 I discovered this remarkable cemetery over thirty years ago when I first visited the Western Front.  Despite the fact it made a powerful impression on me,  I subsequently lost track of where I had seen it, but it had left a lasting memory.  On a later tour I led to the Champagne, I was determined finally to track it down. However, my navigational skills failed me that day. We somehow missed the turn and we didn't have time to turn back.  Consequently, I've never been able to revisit the site.  In preparing this article, I've been surprised at how little information I've been able to discover about the site or the 1915 action fought there.  If you have any information about it, please include it in the comments, and I'll try to add it to the article.