The U.S. Air Service Before the Americans Entered the War 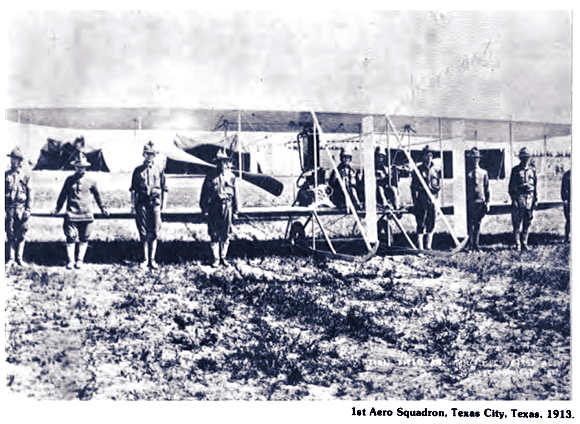 While the war raged in Europe, the US air force lay dormant. In 1915, the entire inventory consisted of 55 airplanes, all trainers. Of this astoundingly low number, General John Pershing commented that “51 are obsolete, and the other 4 are obsolescent.”

Even though the primary need for airplanes was for trainers, it was surprising that the inventory did not include a single combat (bomber or pursuit) plane. (While there were aerial operations in the Mexican campaigns, none was considered a combat mission; airplanes flew observation missions in support of the soldiers on the ground.)

Additionally, the military possessed and operated only two dedicated flying fields: one in Texas and one in New York. In terms of personnel, the Air Corps was just as lacking. Of the 131 officers in this branch of service, only 26 were considered fully trained, and not a single member of the US military “had actual combat flying experience.”

While the aircraft situation before the United States entered the war was dire, few options were available to correct this problem. In 1915 and 1916, the Curtiss Company was the lone company capable of contributing anything substantial in terms of airplane output. Curtiss was already producing 100 training planes per month for the British. Within a year, the number of contractors the government employed to build airplanes increased to nine companies, tasked to produce 366 planes (of which only 64 were ever delivered). 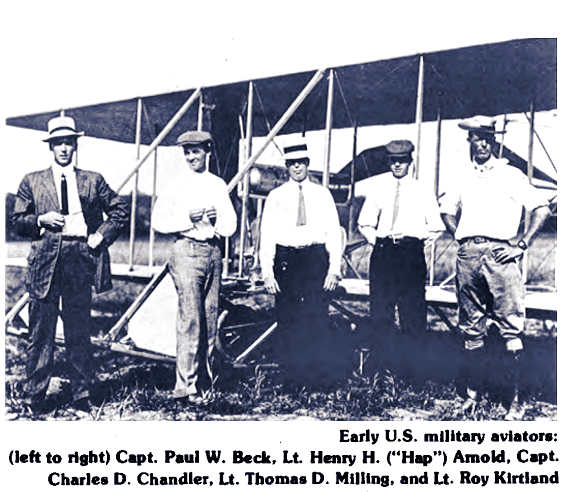 In late 1916, it was apparent that the United States would soon be a major participant in the war in Europe. As such, it would send its army to fight alongside the British, Italians, and French. But its contribution would not be limited to the role of the foot soldier. With louder and louder voices, the Allies embroiled in the conflict across the ocean urged the United States to contribute a sizable air arm. As the United States was the pioneering nation in the frontier of flight, this was hardly unreasonable. However, as mentioned earlier (and a statement that will be a  recurring theme), the apathy in American aviation made this request a difficult one. Before 1917, US civil aviation activities were not at a level that could be considered significant.  “America, with the apathy of peace, had been outdistanced by the belligerents in the science of aviation.”

Formation of National Committee on Aeronautics and the Aircraft Production Board

The first signs of life in the military aviation sector surfaced in late winter of 1917. On 5 February, officials in the air arm of the army decided to prepare an initial estimate on the aviation requirements needed to support an organization of regulars, volunteers, and the National Guard. Initial dollar amounts neared a staggering $49M. Again, the capacity of the industrial sector to handle these requests was unknown. In the first few months of 1917, the number of contractors employed by the government stood at 11, and nearly 300 planes were on order.

For the first time, thought was given to managing the production and acquisition of these materials. The National Committee on Aeronautics was  established in March 1917; its mission was to bring together the manufacturing sector and the government since there was a noted “lack of cohesion.” This organization was designed to prevent duplication of efforts and keep costs under control. The committee, headed by noted paleontologist Dr Charles D. Walcott, recognized the absolute lack of airplane manufacturing capability and suggested, to speed up production and mobilization, a standardized training plane for use by both the Army and the Navy be adopted as soon as possible.

In April 1917, the government formed the Aircraft Production Board (APB) to oversee the production plans and projections for the Army aviation sector. This organization was the focal point for all military aircraft production and was solely responsible for ensuring that the United States could field a viable air contingent. Headed by Howard E. Coffin, an automobile manufacturer from Detroit, the APB began its crusade on 12 April (6 days after America formally entered the war), with the announcement of a three-year production plan: 3,700 aircraft in 1918, 6,000 aircraft in 1919, and from 9,000 to 10,000 aircraft for 1920. 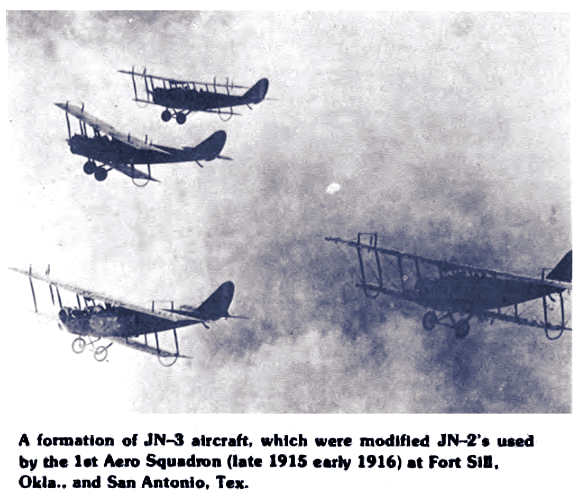 Initially, the main focus of the Board was the production of trainers. The rationale behind this decision was that there was little or no knowledge of battle planes in this country and that the gathering of information over the next six months (April–October 1917) from the Allies would slow production to the extent that the output realized by manufacturers would be of little use in the war effort.

Since the airplane production sector was so far behind, the APB proposed a deal with the French that would allow the military to make a more immediate impact in the air war in Europe. In May 1917, the United States proposed a 16,500-ton shipment of men and materials to France in exchange for airplanes, motors, and land for airfields. In August of the same year, the deal was revised to read that France would send 5,000 planes and 8,500 engines in return for tools and materials. This deal seemed feasible, as the United States had greater quantities of human and materiel resources, while the Allies had a greater capability to produce combat-ready aircraft. This early reliance on the French would be a pervasive theme throughout the war.