Recommended: The Psychology of War Posters 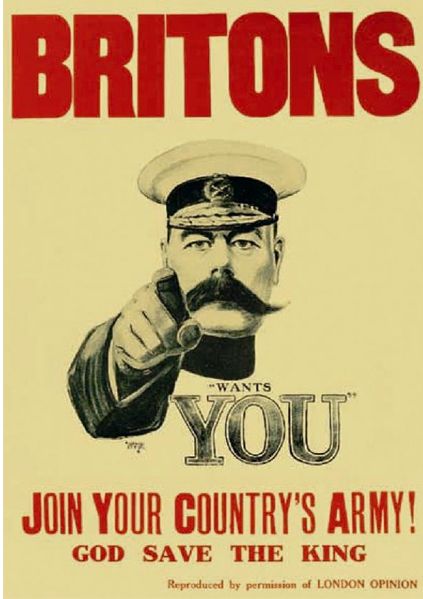 Excerpt from Part I

Posters were part of the modernization of the Great War. . . they reached mass numbers of people in every combatant nation, seeing to unite diverse populations as simultaneous viewers of the same images and to bring them closer, in as imaginary yet powerful way, to the war. Posters nationalized, mobilized, and modernized civilian populations. It was in part by looking at posters that citizens learned to see themselves as members of the home front.

When the Great War began in August of 1914, Great Britain was at a distinct disadvantage. Although it was expected that Germany would be aggressive at some point, this was not a war the English wanted. The British Isles were not a military society and the monarchy was not surrounded by a martial presence of sword rattling. Regardless of their individual capabilities, the guards at Buckingham Palace were ceremonial in appearance, appearing publicly in splendid uniforms that dazzled the eye. But behind the diplomacy and the ceremony was a vast Empire that was offshore, so to speak, supported by an extensive professional army stationed in more or less remote outposts, from India to China. The Empire was patrolled by the equally professional Navy, the most powerful in the world, guarding the vast territories that were the foundation of England’s wealth and power. The most dominant Empire, the most important nation on earth, was protected by a military that was voluntary and its members considered their lifetime of service to be a desirable profession. But the role of this military had been limited to fighting small wars, putting down internal rebellions in a colony, not taking part in a “total war,” but the First World War was aptly named and changed everything. 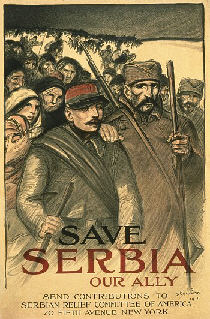 In his 2003 article “War and the Public Sphere. European Examples from the Seven Year’s War to World War I,” Richard Stauber wrote that by the Great War, the press and war correspondents were censored and were considered to be agents of the government, rather than representatives of freedom of speech and information. Because the urgency of selling the war to the public was greater on the German side, Berlin allowed war correspondents to go to the Front/s and then, apparently, lie to their readers back home. France and England eventually followed suit but these nations also controlled content as mass media became part of a vast propaganda campaign designed to justify the war and to keep the spirits of the public high and positive. As Stauber wrote of the German, French, and British press, “They had to prove themselves committed ‘patriots’ before they could be accredited as journalists. They had to allow themselves to be ’embedded’ in the pool system organized by the military. They had to submit to censorship. And they had to accept that in general they would stay on the fringes of the action.” Given those conditions, it was no wonder that one of the main sources of “information” was propaganda posters.

According to Pearl James in the introduction to her book, Picture This: World War I Posters and Visual Culture, posters were everywhere, a vital part of the communication between the press and media and the public. The war, she stated, “..unfolded in an essentially nineteenth-century cultural landscape.” This insight helps explain the shock of citizens in Belgium, France, England and finally American at German tactics in the new modern “total war. 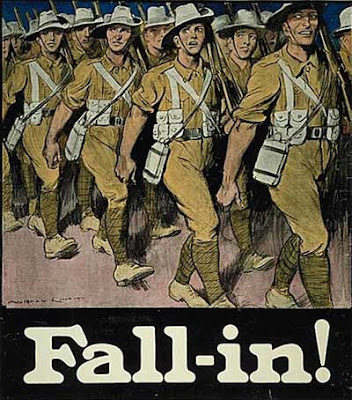 The Great War was the first war that impacted upon the consciousness of the British public since the Crimean War and war, over five decades had changed enormously. . .

Warfare, especially modern war, has had a strange impact upon men. It is assumed that war and combat is the ultimate event of masculinization, completing the identity of the male. Traditionally, the equation of hyper masculinity and the military had been fairly reliable in the nineteenth century. Wars were fought elsewhere, out of the public eye, with the early war correspondents willing to find heroes who were “mentioned in the dispatches,” even in unpopular wars like that in Crimea. Normally this war is thought of as one that limped to an end, while the British government colluded to conceal the military blunders and mismanagement, but, in an interesting article in The Guardian, Orlando Figes, author of The Crimean War: A History,  made a case for the Crimean War as a conflict that created new heroes. While Alfred, Lord Tennyson, mourned and celebrated the anachronistic folly of the “Charge of the Light Brigade,” the British press was pointing angrily to the result of the class system. The rigid class system that ruled civilian society also formed the military hierarchies and would continue to do so through the Great War. The privileged ruling class ruled with the second sons of titled nobility crowding the ranks of those in charge whether or not they merited or deserved their elevation to power and responsibility. The men of the  growing middle class became more prominent during this war, if only in contrast to the incompetence of the exalted officer corps. 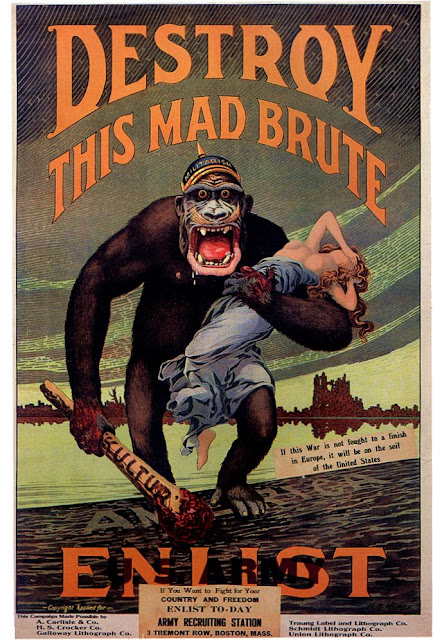 As Figes pointed out, “..the public meaning of the war” was fixed by middle class “journalists and pamphleteers, poets, artists and photographers, orators and priests. This was the first “modern” war in the age of mass communications – the first to be photographed, the first to use the telegraph, the first “newspaper war” – and it shaped our national consciousness.” These observers in the newly emerging mass media took an objective perspective on a war that was being fought for no discernible reason, revealing folly and heroism. Figes continued, “The mismanagement triggered a new assertiveness in the middle classes, which rallied round the principles of professional competence, industry, meritocracy and self-reliance in opposition to the privilege of birth. It was a sign of their triumph that in the decades afterwards, Conservative and Liberal governments alike introduced reforms promoting these ideals (the extension of public schooling, opening of the Civil Service, a new system of merit-based promotion in the armed services, etc). The political scramble for Middle England had begun.” The middle class soldiers shone in comparison to their aristocratic superiors: