What the Opening Barrage at the Somme Looked Like

The start of the Somme bombardment as seen from a roadside gun battery, 24 June 1916. The bombardment lasted a week and was intended to obliterate German defenses and defenders. The artist, William Topham, depicts high explosive shells and white shrapnel bursts over the enemy lines, and provides a detailed description of his location. At this stage in the bombardment, the terrain, consisting mostly of farmers’ fields, remains relatively unscathed. 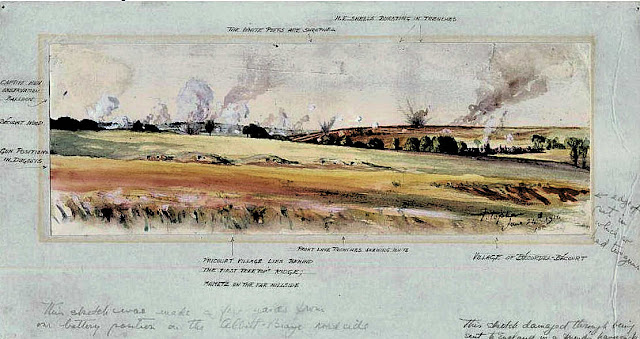