Battlefield Recon: The Mines of Messines

Gentlemen, we may not make history tomorrow, but we shall certainly change the geography.
Attributed to General Hubert Plumer, 6 June 1917

The Battle of Messines, which opened 99 years ago tomorrow on 7 June 1917 with the explosion of 19 mines over a ten-mile long sector of the front, was the successful and historic prelude to the otherwise disastrous Passchendaele campaign. The story of the battle is told in many sources. We reflect here, instead, on the second part of  the comment quoted above, which was made the night before the battle. The mines, indubitably, changed the local geography. The enormous explosions created lasting eyesores, fishing ponds, habitats, and some beautiful naturalistic war memorials. Here are five examples. 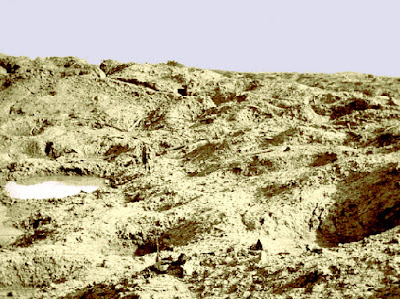 The northern-most mine was blown under the grim battlefield of Hill 60, a man-made elevation constructed with the debris from the construction of an adjacent railroad cut. The hill remains perturbed and irregular with gross war wounds and, today, is so rugged-looking and overgrown that we could not find a current-day photo clearly delineating the 1917 crater, which lies close to the rail line. The post-explosion image above is from the Australian War Memorial archives. To visualize now, imagine grass and 90(plus)-year-old trees overlaying this scene. The mine was dug by an Australian company, whose story is told in the recent movie Hill 60. This mine and 60B below were the subject of the excellent Australian film Beneath Hill 60.

Caterpillar Mine, AKA Hill 60B Mine

On the opposite side of the railroad cut lies a second, rather elongated artificial hill, known as the "Caterpillar" from the shape of its contours on trench maps, which was created from the same kind of remnants as Hill 60. It was the location one of the most "successful" mines of the operation, over 600 German soldiers perished here. However, unlike the crater on Hill 60, which is drained by the web of tunnels under the hill, this site retains rainwater and so the 100-foot-wide and 60-foot-deep crater fills, rising and falling with the rainfall. Off the beaten track yet accessible, it is a lovely and somber destination for Western Front explorers. 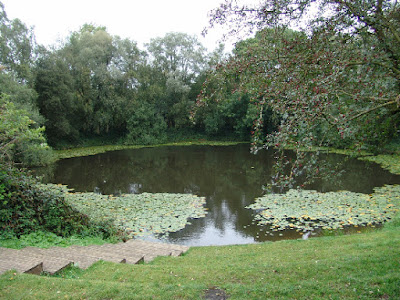 Further south, near the village of Messines, is the Spanbroekmolen Mine Crater, also known as Lone Tree Crater, site one of the largest of the 7 June mines. This water-filled crater was purchased by Lord Wakefield in the 1920s to be preserved as a memorial site on the Ypres Salient battlefields. The mine crater has subsequently been named the "Pool of Peace" and is today the property of Toc H (the Talbot House) in Poperinghe. 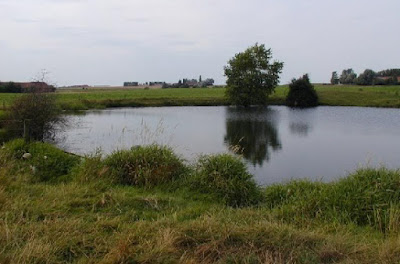 This is one of three mines immediately south of Spanbroekmolen. Created by over 40 tons of explosives, it was sited at the end of a 700m tunnel, well into the German lines in the path of the attacking 36th (Ulster) Division. It is said to be a popular fishing hole today. 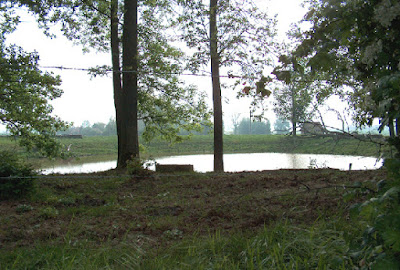 One of the four southern-most mines all dug by the Canadian 3rd Tunneling Company. It is on private land just north of "Plug Street" wood and close, as well, to one of the major sites of the 1914 Christmas Truce.