Recently, I discovered that an apparently inactive site called THE CORNER (not the site of the same name by National Review magazine) has what is simply the clearest summary I've seen of the alliance system that developed after the Franco-Prussian War.  At the center of the juggling act is, of course, German chancellor Otto von Bismarck. Here is the opening section that covers the "marriage" of the German and Austro-Hungarian Empires, an important and maybe critical factor in European politics right up to the July Crisis of 1914: 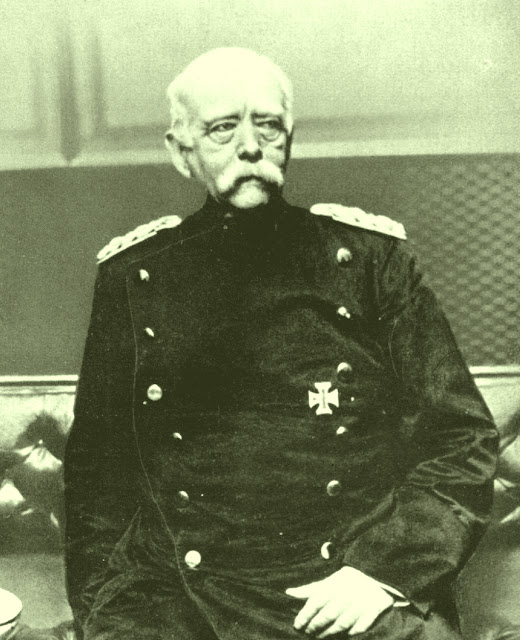 Bismarck's aim for forming this league was to isolate France by making friends with Austria and Russia. The partners were Kaiser William I of Germany, Tsar Alexander II of Russia, and Emperor Francis Joseph of Austria. These three rulers agreed: (i) to maintain the existing territorial arrangements in Europe; (ii) to resist the spread of revolutionary (e.g. socialist) movements; and (iii) to consult one another if any international difficulties arose.

France was being diplomatically isolated, but the underlying weakness of this personal understanding between the three emperors was the rivalry between Austria and Russia over the Balkan Peninsula. Both sought to dominate the Balkans. It was difficult for Bismarck to keep them in the same camp.

The Congress of Berlin 1878
Rivalry between Austria and Russia in the Balkans came to a head in 1877–78. In 1875, five Balkan states revolted against Turkish rule. Russia supported the Balkan states and defeated Turkey. On 8 March 1878, Turkey was forced to sign the Treaty of San Stefano, in which an independent, big Bulgaria was created. Seeing that this Bulgaria would be a Russian puppet, Austria intervened, backed up by Britain, the traditional rival of Russia in the eastern Mediterranean. Bismarck volunteered to act as an "honest broker" and called the Congress of Berlin to settle the Balkan problems. At this Congress, Germany sided with Austria and Britain. Russia had to give up the Treaty of San Stefano and sign the Treaty of Berlin. The Treaty split Bulgaria into three parts (Bulgaria proper was to be independent, Eastern Rumelia and Macedonia were to be ruled under Turkish sovereignty.) and brought Bosnia and Herzegovina under Austrian military occupation (but not annexation). Russia felt diplomatically humiliated. The anger of Russia turned against Bismarck because he chaired the Congress. 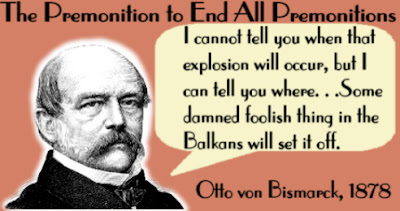 Germany sided with Austria
Unable to maintain friendly relations with both Austria and Russia, Bismarck chose Austria to be his ally because, first, Germany preferred a weaker partner that could be more easily controlled; second, alliance with Austria would throw open the Danube valley to German trade; third, Austria had ethnic ties with Germany; fourth, such an alliance would enable Germany to exercise influence in the Balkans; and fifth, alliance with Russia would antagonize Britain, since Britain did not like her colonial rival to be supported by a strong power.

The terms of the Dual Alliance
On 7 October 1879 Bismarck made the Dual Alliance with Austria-Hungary. The terms were: (i) each would support the other militarily until the end of the war if attacked by Russia or by Russia and another power; and (ii) each agreed to remain neutral if her ally was attacked by a power other than Russia.

Consequence
The Dual Alliance gave Germany a firm military ally but committed her more to the support of Austrian interests in the Balkans. In the meantime, however, Bismarck still wanted to keep the friendship of Russia for fear that Russia would turn to the side of France, in which case Germany would face an enemy on both east and west.

Bismarck still wanted to keep Russian friendship after the signing of Dual Alliance (1879) with Austria. The year 1881 was particularly favorable for the restoration of the league of the three conservative emperors. In that year, Tsar Alexander III ascended the Russian throne after the assassination of Alexander II. The fate of his father made Alexander III ready for a renewal of the Three Emperors' League of 1872, which promised to suppress the revolutionary movements.

The terms of the league were: ( i ) the Balkans was to be divided into two spheres of influence — the western Balkans (Bosnia and Herzegovina) belonged to Austria and the eastern Balkans (Bulgaria) belonged to Russia; (ii) the three emperors agreed to consult one another if there was another Balkan crisis, and (iii) the three emperors agreed to preserve benevolent neutrality if any one of them found himself at war with a fourth power. The league could not last long because Austria and Russia would soon rival over the Balkan Peninsula again.

Read the Full Article at: