For much of human history, men were stuck with facial hair. Beards were mandatory unless one wanted to pluck out the follicles.

Once metallurgy has been refined in any civilization, however, the technology of knives and scissors follows soon after. These cutting tools become more and more refined, and these refinements lead to the development of the razor — the sharpest knife possible. With a very sharp knife, it became possible to begin shaving. 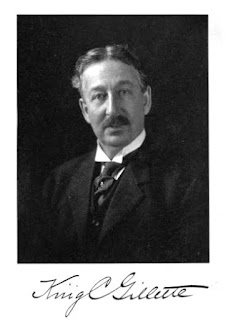 Even with these developments, however, men preferred beards. This may be because shaving with a straight razor is a somewhat dangerous activity unless you lived in a city and were able to afford regular visits to the barber. And so, all the way up to the 20th century, beards were fashionable and most men wore them.

But during World War I in the United States, that all changed thanks to a former traveling salesman and socialist manqué Utopian named King C. Gillette. He released his "safety razor" in 1901, and by 1917 it was steadily gaining popularity because of a massive ad campaign. His device made it possible and inexpensive for men to shave daily.

Better yet for razor manufacturers, soldiers in the expanding United States Army were required to shave. This was in good part a necessity due to the emerging dangers of chemical warfare. Soldiers had to use gas masks for the first time. In order for a gas mask to fit properly, you need to be clean shaven.

For whatever his anti-capitalist tendencies, King Gillette was a marketing genius. For instance, he had instinctively known that his real moneymaker wasn't the razor but the blades that had to be regularly replaced. His concept of selling the razor — effectively just a mount and shaper for his blades and which never wore out — at highly discounted prices, while making his profit on the blades that needed to be regularly replaced, was the birth of the disposable,  limited-lifespan culture. 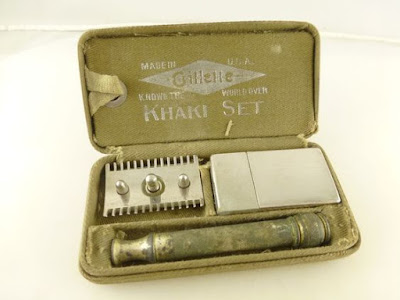 When war broke out Gillette jumped on the opportunity to expose his product to a shaving-obliged and captive market of millions of young Americans. He sold 4.8 million of his "Khaki" razor sets to the U.S. government at cost. His real bonanza came after hostilities ended and the Doughboys went back home.

When all of the soldiers returned from WWI with their clean-shaven faces, they were heroes. They appeared in their home towns, and they also appeared in newsreels in the new movie theaters that had sprung up everywhere. Combined with ad campaigns from companies like Gillette, it became the fashion to be clean shaven. Between 1920 and 1960, beards were definitely out of fashion, but, as we know, that trend moderated afterward.