Of course, the main connection is that these two events were the ceremonial endings of the two greatest wars in history. But there is another interesting link between them. Among the group of senior American officers shown below on the deck of the battleship Missouri that day in 1945 is the only individual (sorry, I can't pick him out), who was also present at the signing of the Versailles Treaty twenty-six years earlier. 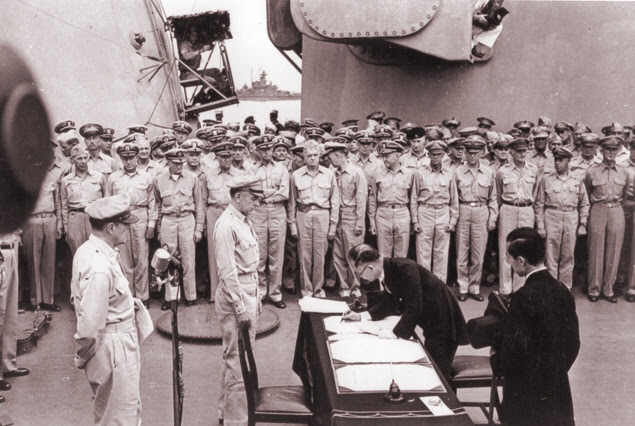 That officer is U.S. Army Brigadier General Elliot R. Thorpe (1898-1989). In the Second World War and Occupation of Japan, he was Douglas MacArthur's chief of counterintelligence. In 1919, Lt. Thorpe was an intelligence officer assigned to Paris. On the day of the treaty signing, he was attached to the security detail for the event.

Thorpe's career had some other interesting highlights. In December 1941 he was a military attache in Dutch-controlled Java when the Dutch broke a Japanese diplomatic code. One of the intercepted messages referred to planned Japanese attacks on Hawaii, the Philippines, and Thailand. Informed of the message by a Dutch general, Thorpe immediately cabled the information to Washington. But he found that his warning was not taken seriously. A week later, the Japanese attacked Pearl Harbor.

Later, after the campaign through the South Pacific, when he served as General MacArthur's chief of civil intelligence in postwar Japan, General Thorpe played a major role in reorganizing Japanese society. He set up a screening system to keep militarists out of the Japanese government, supervised the release of political prisoners, and helped determine which Japanese officials should be tried as war criminals. In 1969 he wrote East Wind, Rain, an account of his years as an intelligence officer. 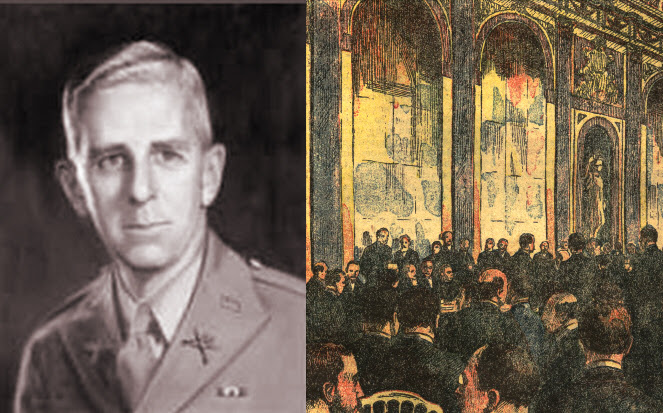