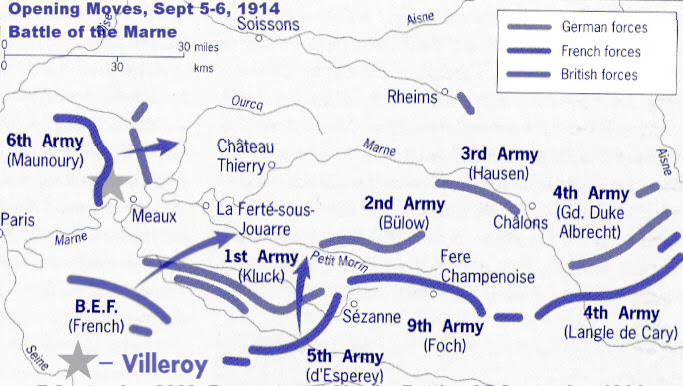 Opening Moves of the Battle of the Marne
(Western Section Only)

The Kaiser’s forces had spent the first month in the west apparently successfully executing the Schlieffen Plan to perfection, but French commander Joffre had spotted the weaknesses of the overly ambitious strategy and had prepared a counter stroke. Von Moltke, the German commander, meanwhile had belatedly discerned that his original scheme of sweeping around to the west of Paris was unachievable and issued new orders emphasizing a renewed assault on the Marne River line to the east of Paris. The Battle of the Marne—this is still not fully understood today—was actually two simultaneous offensives, both scheduled to be initiated the same day, 6 September 1914. Fate, however, decided it would begin a day earlier, at a tiny village named Villeroy, a claimant for the title of the locale where Brie cheese was first created, but without any military importance up to 1914. Villeroy was where the surprise element for both armies was ruined and where the revised German strategy would begin unraveling. 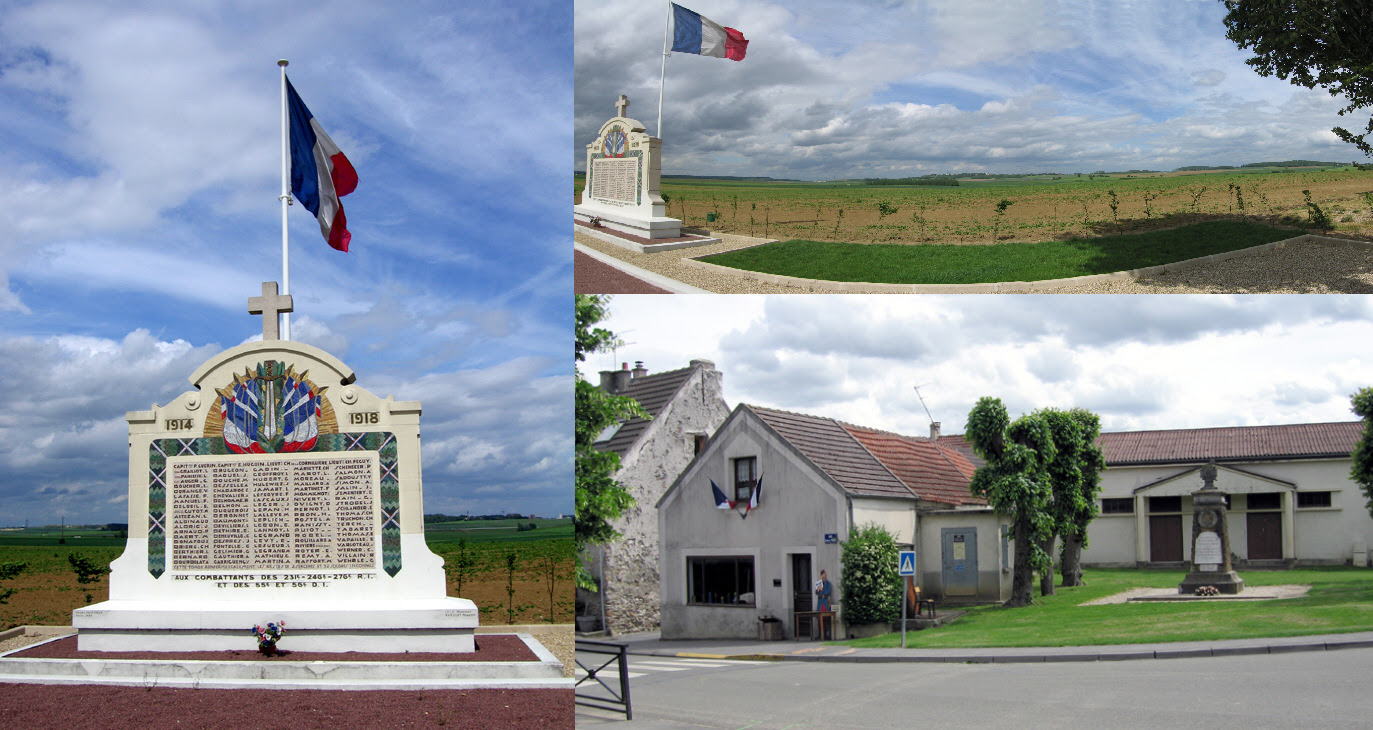 Villeroy Today: La Grande Tombe at Villeroy Is the Burial Site for the 133 French Soldiers Who Fell Nearby in the Opening Action; the Field Behind the Memorial Is Where the Fighting Occurred; the Village Has an Excellent Small Battlefield Museum Located Next to Its Own War Memorial

During the mutual redeployment of forces, as Joffre and Paris commander Gallieni anticipated, the swinging left flank of the German advance became exposed as it passed Paris. Two new French armies (the 6th, northeast of Paris, and the 9th, under Foch in the Champagne) were created to attack the tired Germans. On the afternoon of 5 September, a reserve corps of the German First Army was lingering behind the lines just where units of the new French Six Army started to deploy around Villeroy. The Germans began shelling them and the battle was joined on the fields in front of Villeroy shown above. Casualties were taken by the advancing French, but their sacrifice, and the threat they signaled, led to First Army commander von Kluck not only reinforcing his flank, but counterattacking in a direction away from the main thrust of the German advance. In drawing the Germans westward again, however, the action contributed to the famous gap that subsequently opened (see map above), through which the British Expeditionary Force (thought at the time to be "off the board") would come charging later in the week. 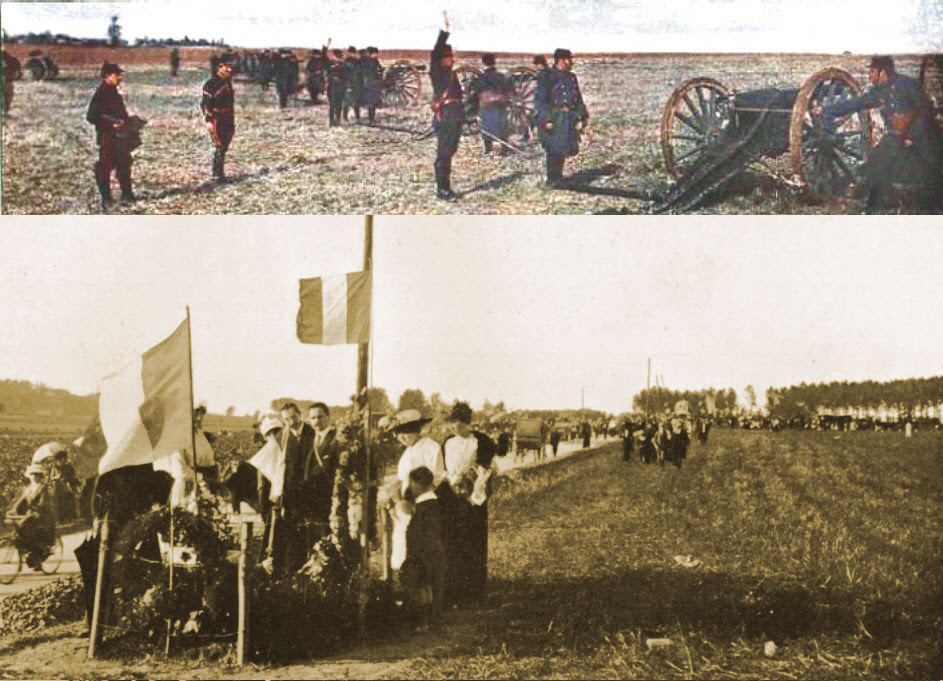 French 75s Deployed Just North of the Village During the Action; An Early Commemorative Event on the Future Site of the Grande Tombe

The national centennial reenactment of the Battle of the Marne is to take place in Villeroy in 2014. Yet, most history books ignore the action at Villeroy, most stating categorically that the Battle of the Marne began on 6 September 1914. This has been the case for some time. Contributor Tony Langley sent me this contemporary newspaper account of the battle, which provides a succinct summary of what was unfolding in 1914  except it leaves out that initial action at Villeroy and its influence on the overall battle.

There was really no mystery about it. The one object of the enemy was the destruction of the Allied armies, and Von Kluck, on the right of the enemy's advance, was closing to his own left to co-operate with Von Bulow in the advance across the Marne. In order to have an adequate idea of the importance of the great battle that began on Sunday, September 6th, one must not confine one's view only to the movements near Paris. From the Marne, near Meaux, the German advance was an enormous wave of men, horses and guns, massed in six huge armies, and covering a front that extended along the Marne valley beyond Chalons, then eastward by the plain south of the Argonne forest. Beyond this point the German front curved round outside the advanced fortifications of Verdun and still further east the Bavarian army, based on Metz, was moving against the barrier forts south of Verdun, and attacking the heights north of Nancy. The battle line extended from near Paris to the frontier of Lorraine. The hard fighting on the Marne was thus only the western part of this tremendous conflict in which, including the combatants on both sides, more than two millions of men were set in battle array.