Weapons of War: Not Big Bertha

The really long one below is the 210mm "Paris Gun," a terror weapon impossible to aim precisely, which had a range of over 75 miles and was used to shell Paris in 1918. It is misidentified in countless works as "Big Bertha," and—in all fairness, was probably called by that name during the war.  The problem is that by its 1918 battlefield debut another interesting heavy artillery piece from the same manufacturer had already earned the appellation.  The insert shows it: the 420mm siege howitzer, nicknamed "Big Bertha" by the troops, when it was used to great effect in reducing forts, such as at Liege and Antwerp, early in the Great War. Both were designed and built at the Krupp Works in Essen, wholly owned during the war by Bertha Krupp, who inspired the nickname. 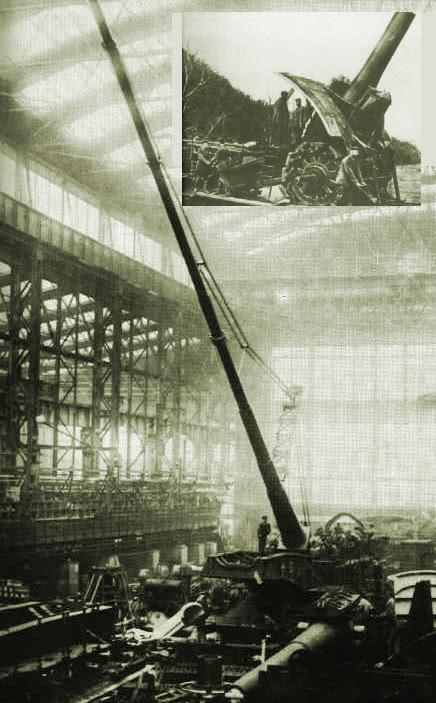