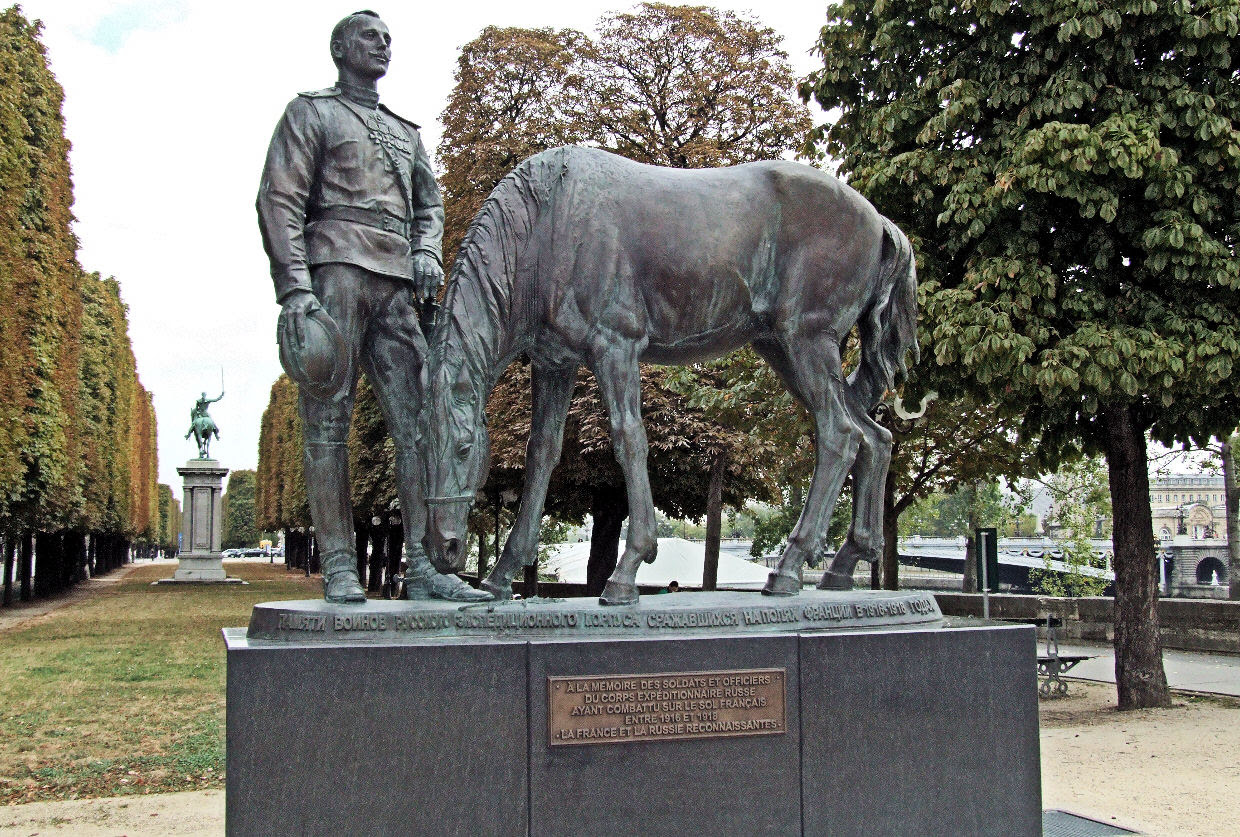 Why is there a Russian World War I monument (pictured above) near the banks of the River Seine in Paris? One of the unknown epic and tragic stories of the Great War is that of the Russian Expeditionary Force (REF) which fought on the Western Front under French command. In something of a Faustian bargain engineered by French diplomats an politicians, Tsar Nicholas was convinced to send two brigades of troops to France plus two more to the Salonika Front in return for shells and guns that the halting Russian economy was unable to produce on its own. The troops were greeted with adulation upon their arrival in France, then progressively abused, radicalized, exiled from the battlefield, turned against one another to suppress mutineers, broken up, partly repatriated, partly send back into combat, partly stuck in France permanently, and partly vanished. It is a remarkable story.

As it turns out, the Russian troops in France were all deployed to the Champagne. They manned besieged Fort Pompelle near Reims and participated in the Nivelle Offensive of 1917. There are many traces of their service there that visitors can find. The most interesting is the complex in the bottom photo between Mourmelon-le-Grand and St. Hilaire-le-Grand, just south of their main quarters at Camp Mailly. 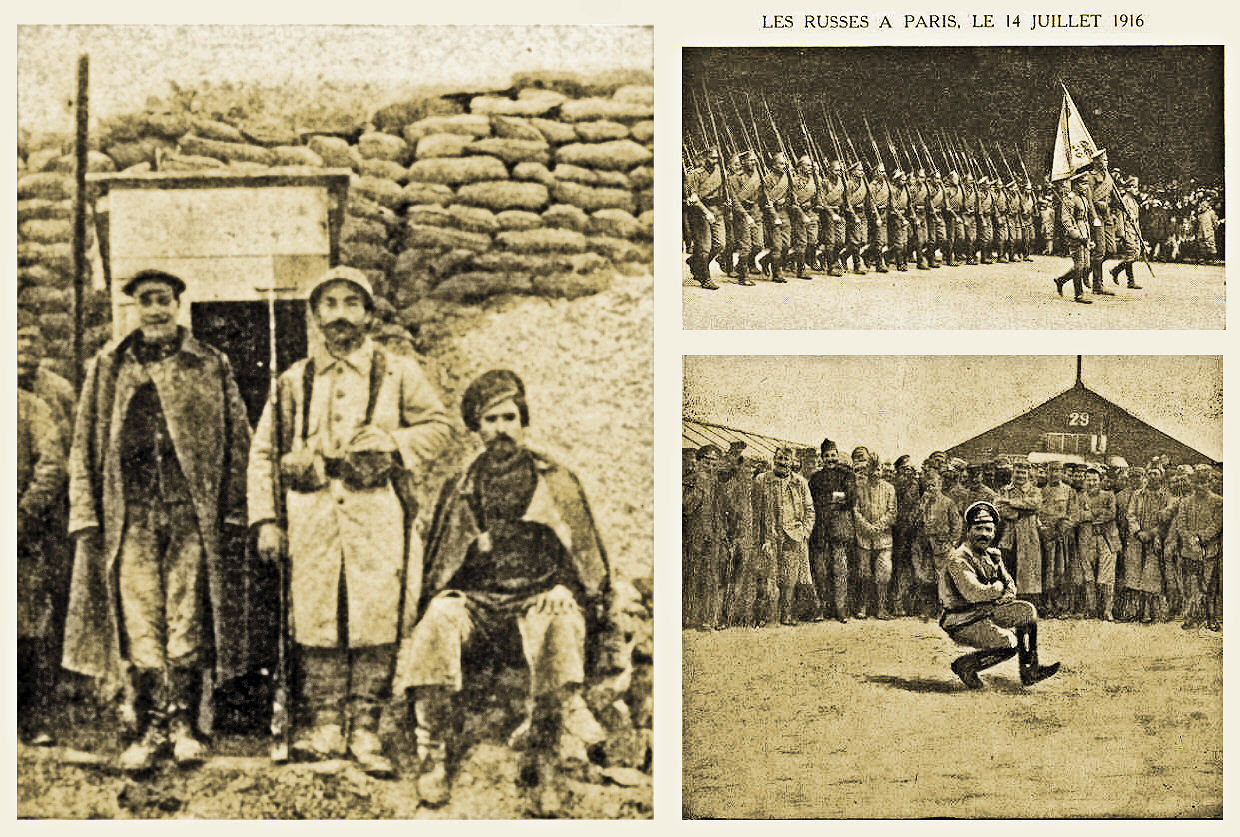 Images of the Russian Forces in France 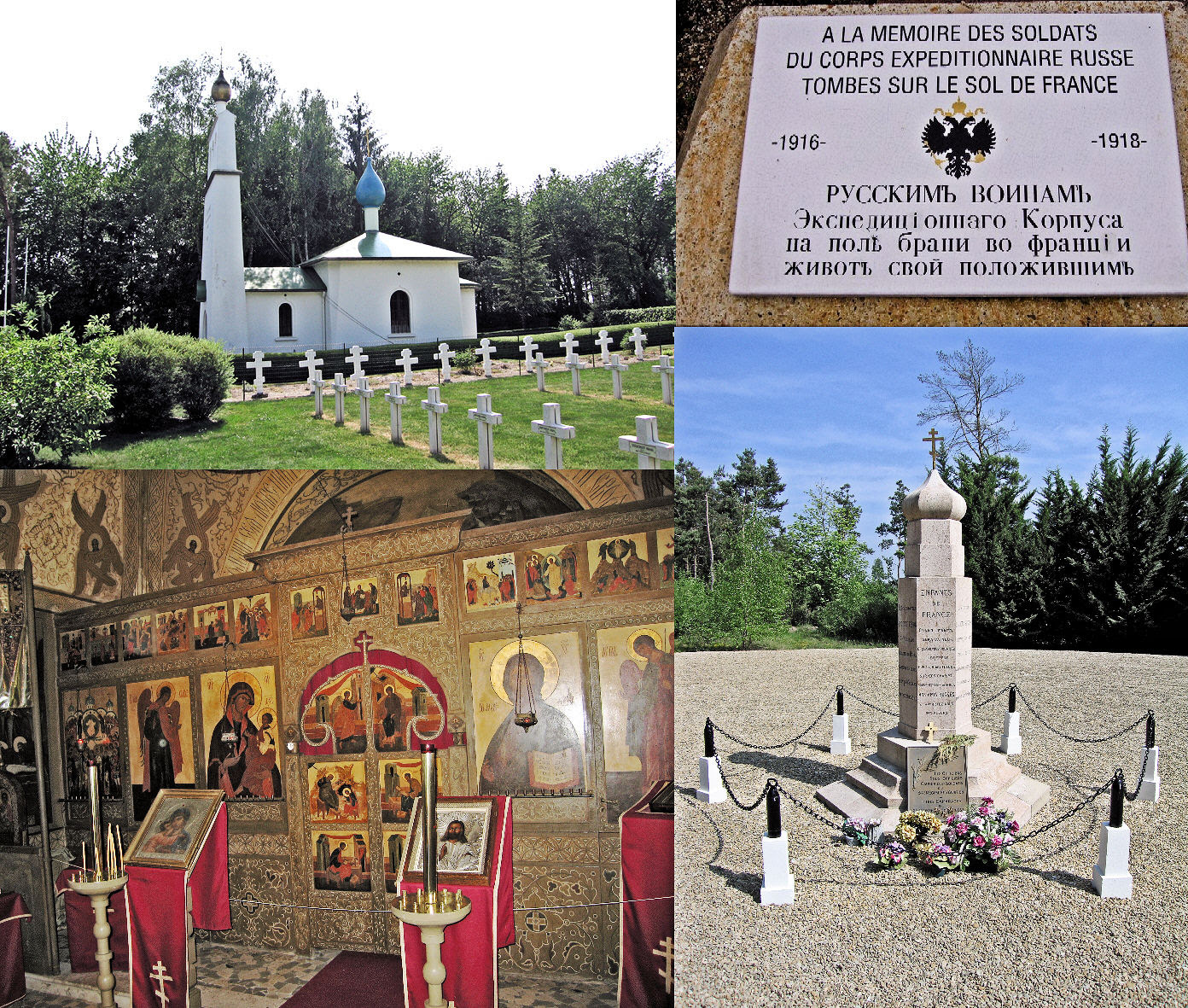 Russian Memorial, Cemetery, and Chapel in the Champagne