The Great War's Most Memorable Religious Event
The Apparitions at Fatima 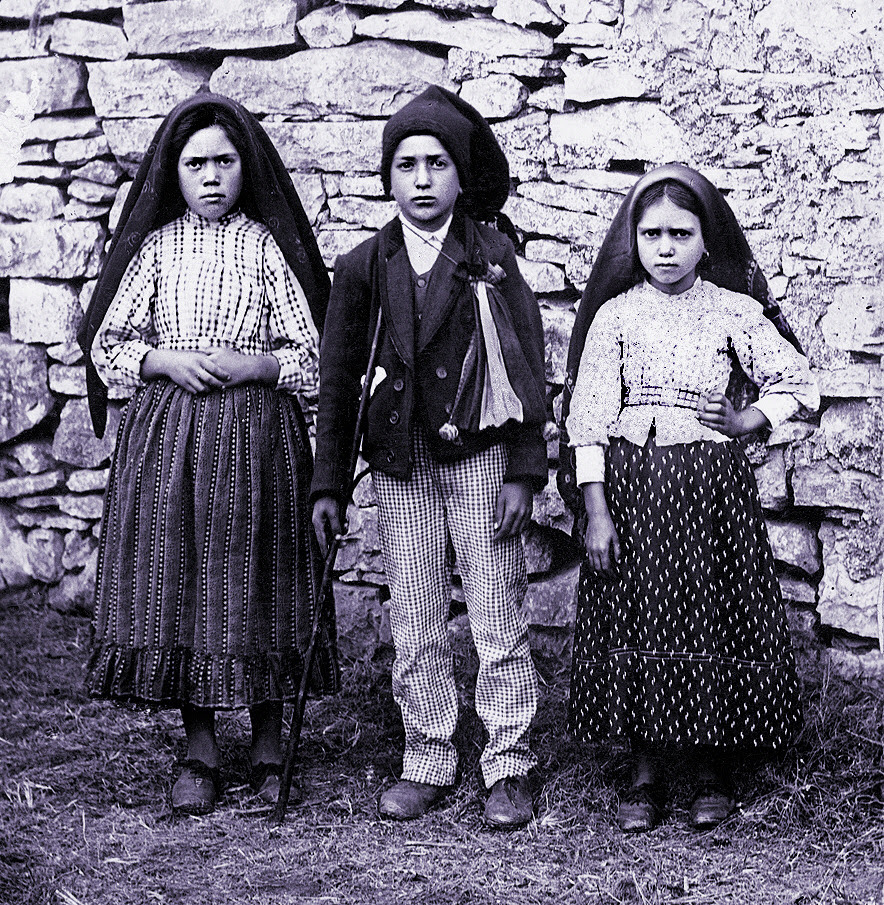 
The three intense-looking children in the photo above were the central figures in the most memorable religious event of the Great War, their reported visions of the Virgin Mary near Fatima, Portugal, in 1917. They became well-known international figures at the time, but—if their moment had come in the age of 24-hour nonstop personality-oriented news coverage—they might have been the biggest celebrities in history. Yes, even bigger than the Kardashians or Oprah.

It's hard to put all of the cavalcade of events together coherently, but here are some of the key elements. Serving as shepherds, the three children started having visions of an angel identifying himself as the Guardian Angel of Portugal, in 1916. They agreed to keep these visits secret. The following spring, the Virgin Mary appeared and spoke to them. She promised to return on the 13th of the five subsequent months. One of the children, Jacinta, could not bear to keep the secret further and told her parents, who told their neighbors, and, soon, all Portugal was in an uproar—the public somehow interpreting things as a miraculous call for world peace.

That was just the start. Then, things really snowballed. Crowds started showing up at the monthly events. The children received revelations from the Virgin on a coming second great war, the spread of communism, that two of them would die young, and a final mysterious secret that ended up suppressed for 70 years. Most commentators, both religious and secular, believe the central theme of the revelations was a strong anti-communism. In August, alarmed Portuguese officials—recall at the time Portugal was a combatant in the war and had a highly anti-clerical government—arrested the children, then released them after a public outcry. The crowds at the monthly visit grew to 70,000 when it was reported that the Virgin had promised a "visible" sign. Below is a news report of what happened that day: The Miracle of the Dancing Sun. (Again, try to imagine if this were to transpire in today's berserk mega-media age.) 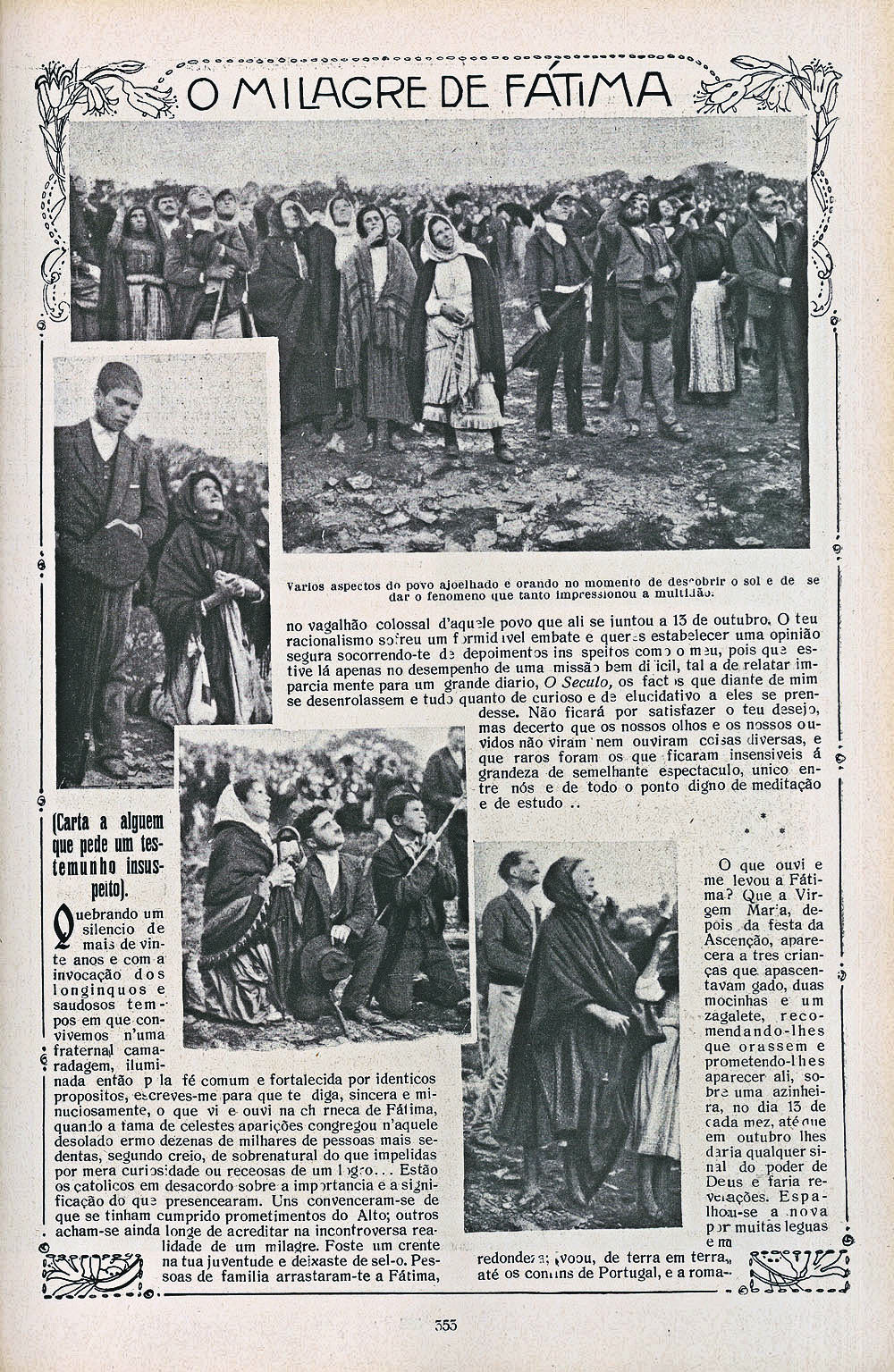 Whether it was mass hysteria, a news media conspiracy, or something miraculous, I don't know, but, clearly, it was reported as a miracle. Yet, peace did not come. Notably for Portugal, its small expeditionary force to the Western Front was nearly annihilated in the April 1918 Ludendorff Offensive. After the war, a cult among Catholics grew out of "Our Lady of Fatima" that exists to this day, although it diminished considerably over the 20th century — EXCEPT for speculation about that last remaining revelation. It was supposed to be made public in 1960, but continued to be suppressed by the Church. But then, on 13 May 1991, Pope John Paul II made his second visit to Fatima, drawing the huge crowds he always attracted. While there, he did something curious and, at the time, inexplicable: He took the bullet with which he had been shot 10 years before and placed it in the crown of the statue of Mary at the site of the original apparitions.

It wasn't till 2000, when Francisco and Jacinta were finally beatified, that the Vatican offered an explanation — and, along the way, revealed the text of the final secret of Fatima, locked in the Vatican archives since 1957. The hidden part of the vision of July 1917 predicted the persecution of the Church and the shooting of a pope. John Paul II had come to the conclusion that the prophecy was fulfilled by the murder attempt of 13 May 1981, when the Turkish assassin Mehmet Ali Agca shot him in St. Peter's Square. My research on the Internet indicates there is still considerable discussion within the Catholic Church as to whether Church members are obliged to believe that the apparitions took place, or to believe the revelations, so I will leave that discussion to others.

One last point, though: what happened to the children? As prophesied, Francisco and Jacinta died young from the Spanish Flu. However, their cousin Lucia lived on as a cloistered nun until 2005. She was, reportedly, joyful over the fall of Communism and was able to visit several times with Pope John Paul II. Portugal declared a national day of mourning upon her death, and the Church initiated beatification proceedings.