My great uncle was Raeburn Van Buren, a private in the 107th Regiment, the "Old Seventh" National Guard of upper-crust New Yorkers from Manhattan's East Side, where its great armory stands on Park Avenue.

Van Buren was a magazine illustrator when he enlisted in the 7th, which was incorporated into the 27th Division of the AEF that was attached to the British during WWI. He was assigned to the 27th's HQ as art editor of Gas Attack magazine, which had been started in 1916 when the National Guardsmen were posted on the Texas border. Then it was named the Rio Grande Rattler. When the 27th Division was in training later at Camp Wadsworth in Spartanburg, SC,  it temporarily held the cumbersome name of Camp Wadsworth and the Rio Grand Rattler, before settling on Gas Attack.

The New York Times called Van Buren the American Bairnsfather, after the British illustrator, Bruce Bairnsfather. After the war Raeburn edited 300 stories for the Saturday Evening Post and a like number for Collier's. He then, in 1937, created the comic strip Abbie an' Slats with Al Capp, the originator of Li'l Abner. If you haven't seen his wartime work, I'll hope you get a kick out of some of Raeburn's personal art, Gas Attack covers, and cartoons. 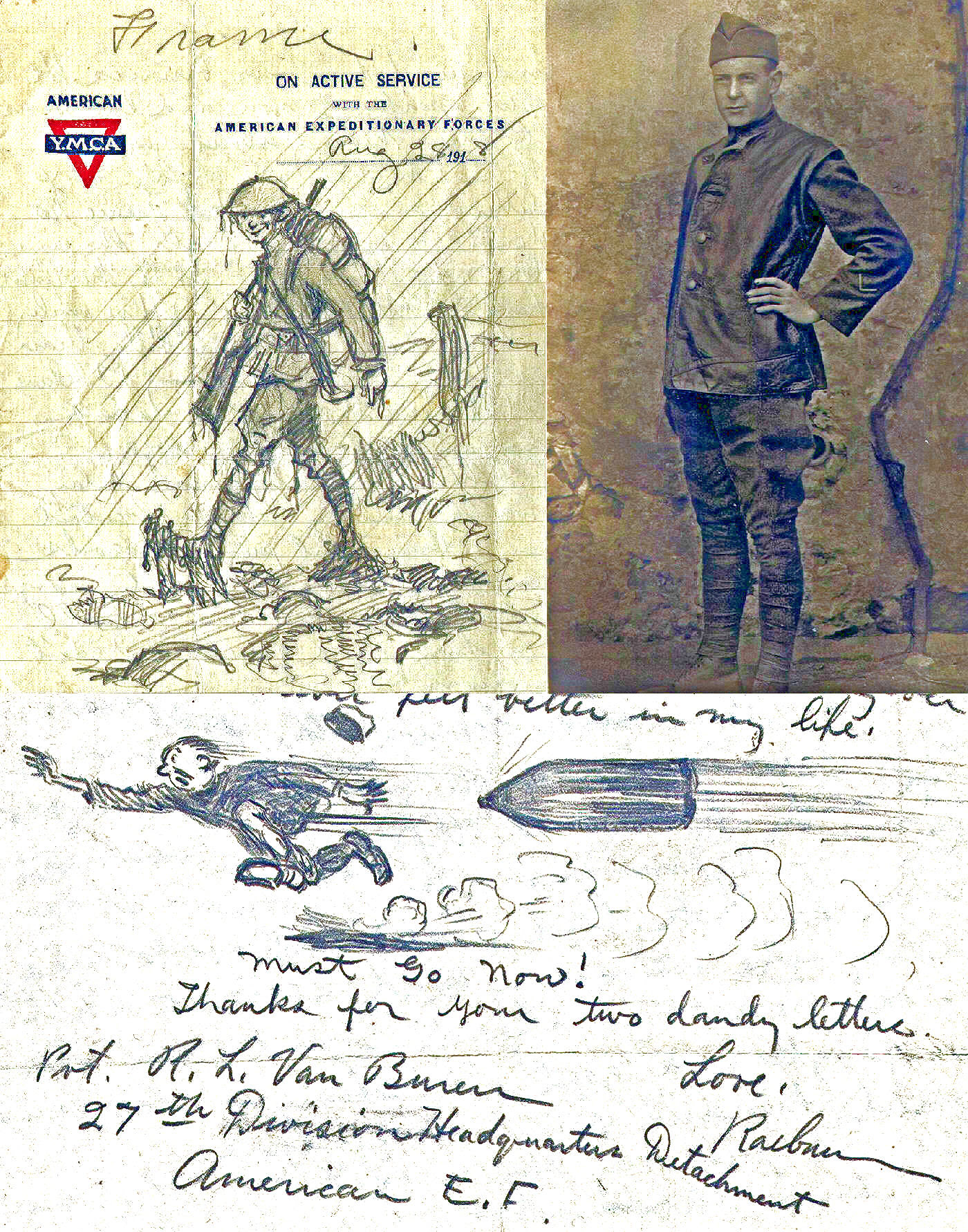 A selection of Gas Attack covers. These seem to be the most formal of his military drawings. 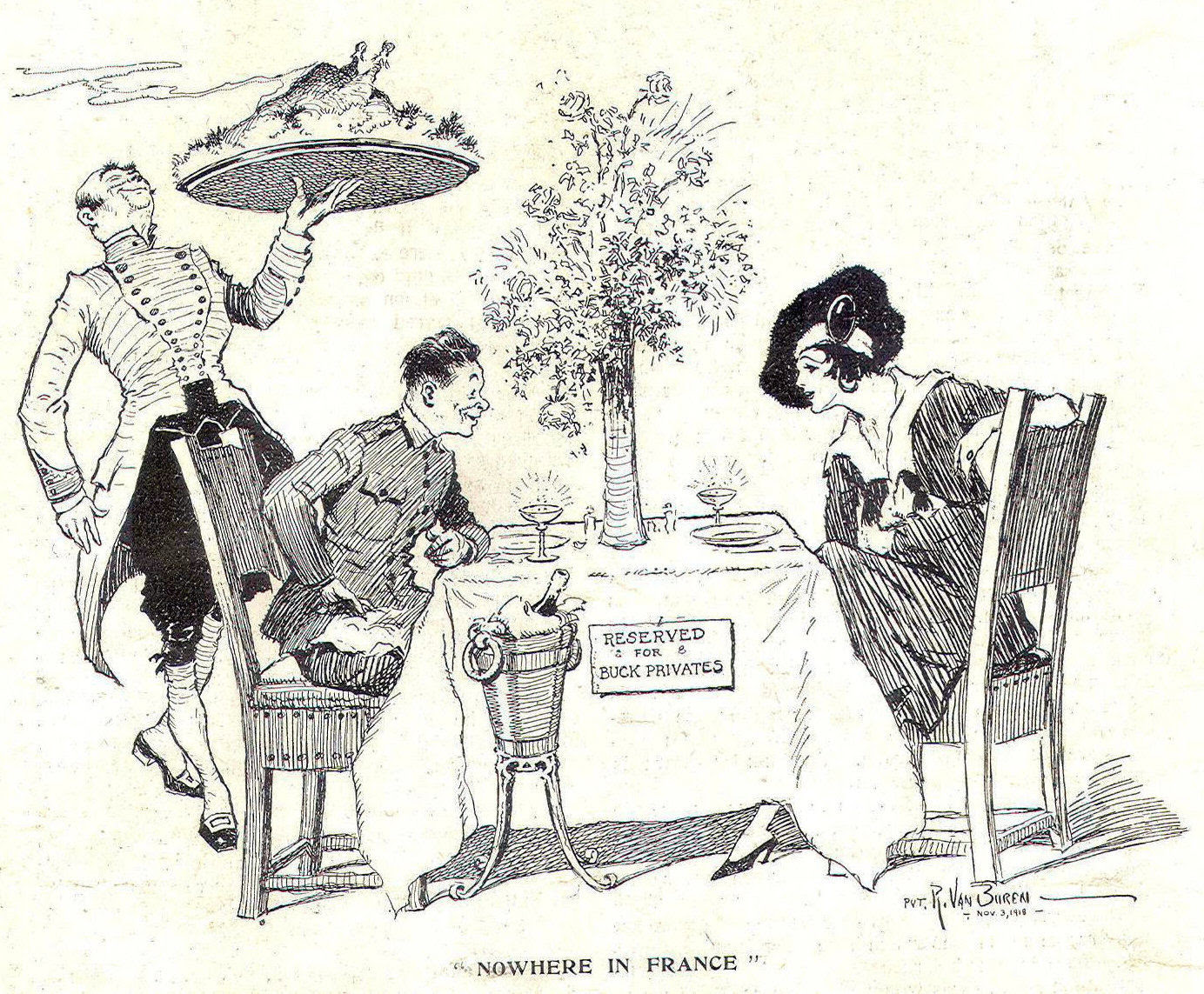 In the cartoons he prepared for Gas Attack, Raeburn had several themes he returned to regularly. Here are three from the overlapping "dreams of the enlisted man" and "returning home" series. Above we share a buck private's impossible dream: a fabulous meal in a fancy French restaurant with a beautiful sophisticated woman. 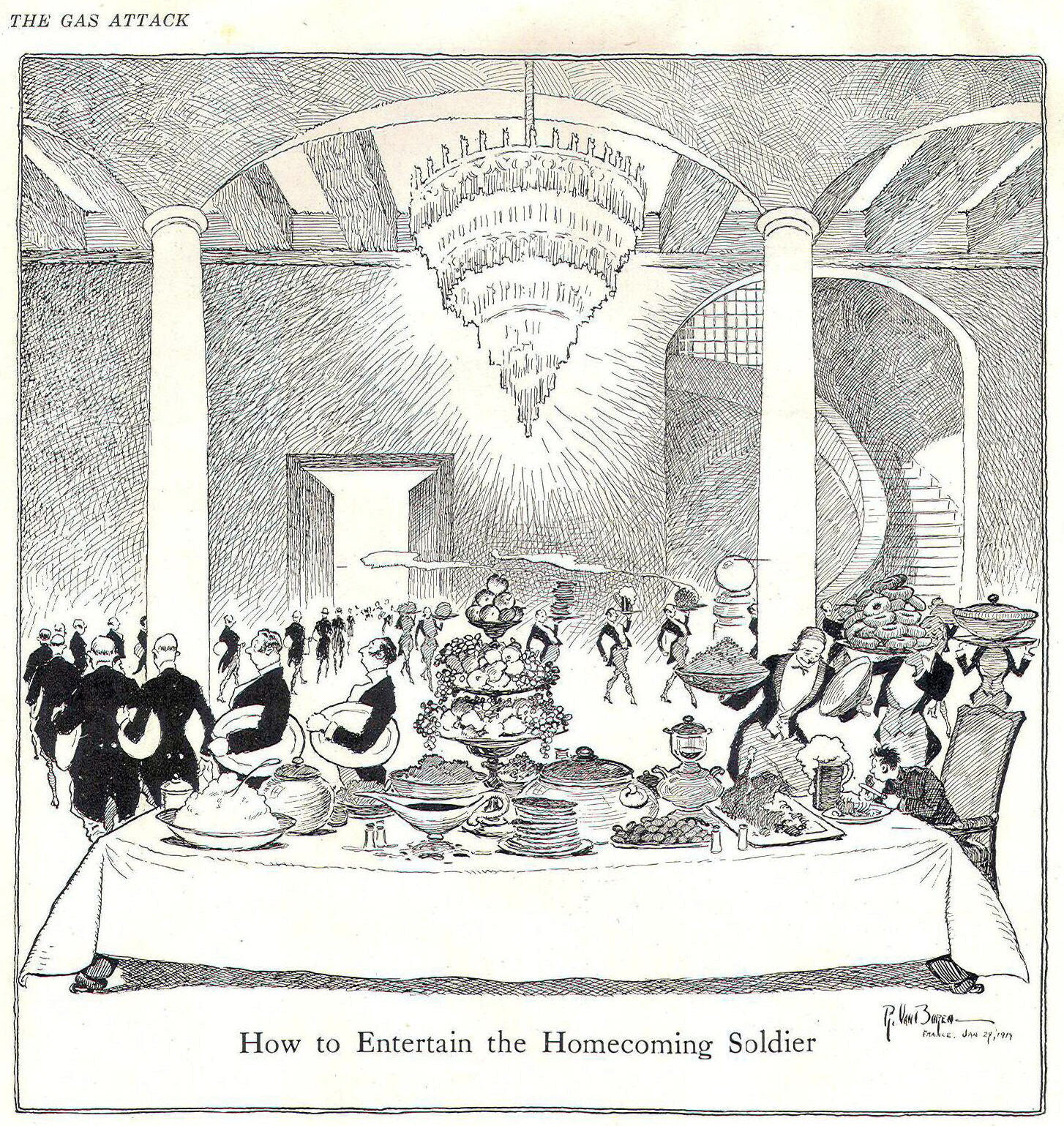 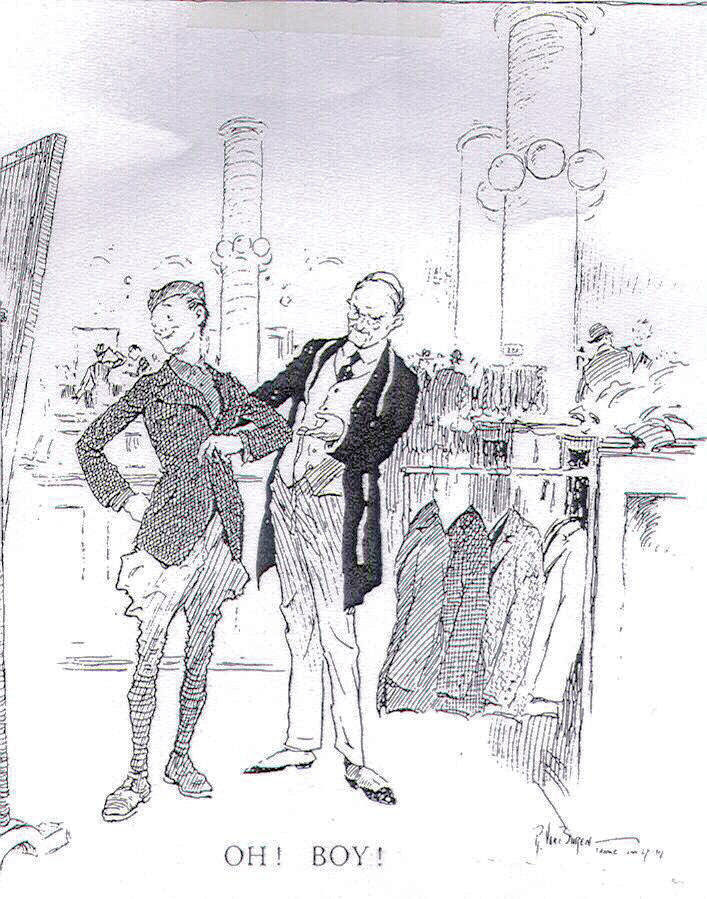 Getting out of that uniform.