The Case of the Invisible World War I Art Show

Your editor prides himself on keeping up with the latest news regarding the First World War. Contacts from around the world send me emails every day and I travel to the battlefields every year, allowing me to catch up on things with my friends overseas. Consequently, I was shocked – I mean, really, really shocked – to discover recently that a world-class WWI art show in France came and went without my ever hearing about it.

Here are some details I've learned. There is a satellite version of the Pompidou Centre in Paris in Metz that provided the venue. Titled simply 1917, according to the exhibit's catalog,  it addressed "the theme of artistic creation in wartime, on the scale of a single 'impossible year' when the world floundered in endless, devastating conflict." The program included a mixture of mainstream non-military works and many pieces by war artists or artists who were inspired by the war. The theme piece, shown below with other works from the show, was Pablo Picasso's "Parade", an overture curtain he designed in 1917  for a ballet. It had not been displayed in France for over twenty years. Sadly, the show opened on 26 May 2012 and closed on the subsequent 24 September. I've never heard from anyone who attended the exhibit. 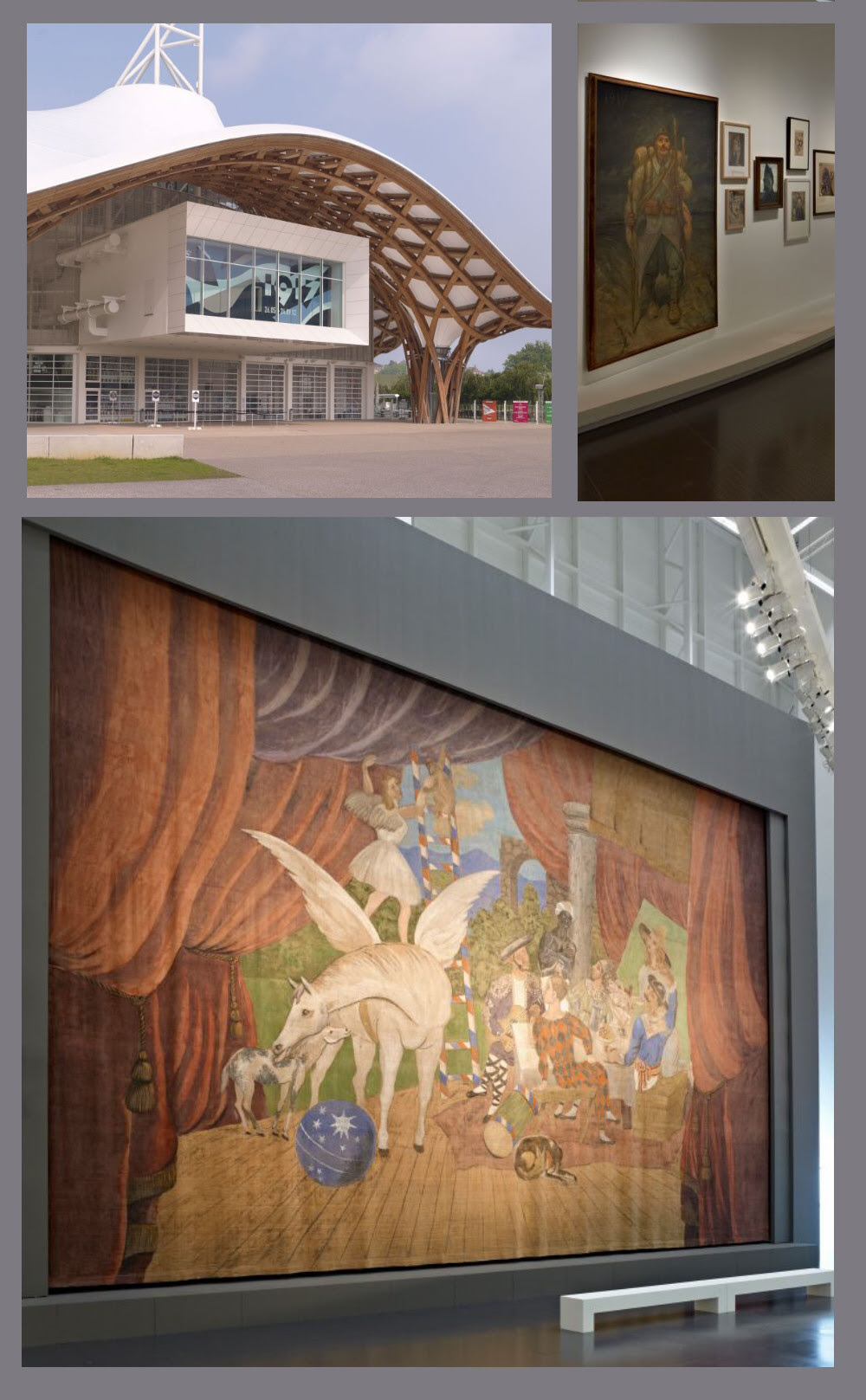 Centre Pompidou-Metz, exterior and 1917 gallery with "Poilu," by Theophile Alexandre Steinlen in the forefront ; Picasso's curtain from "Parade" 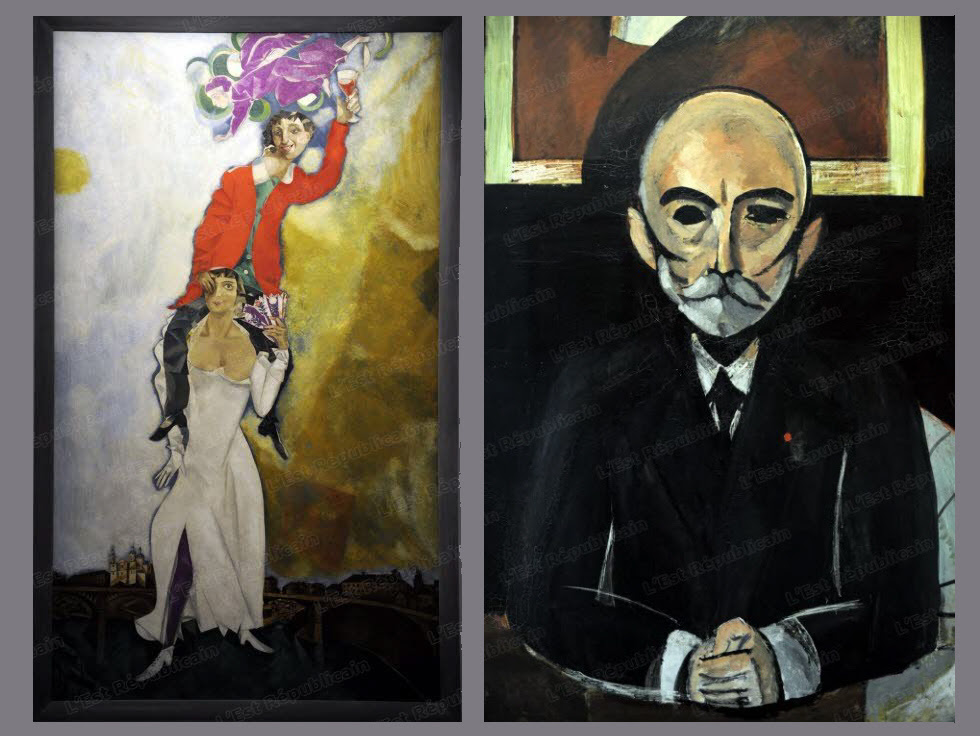