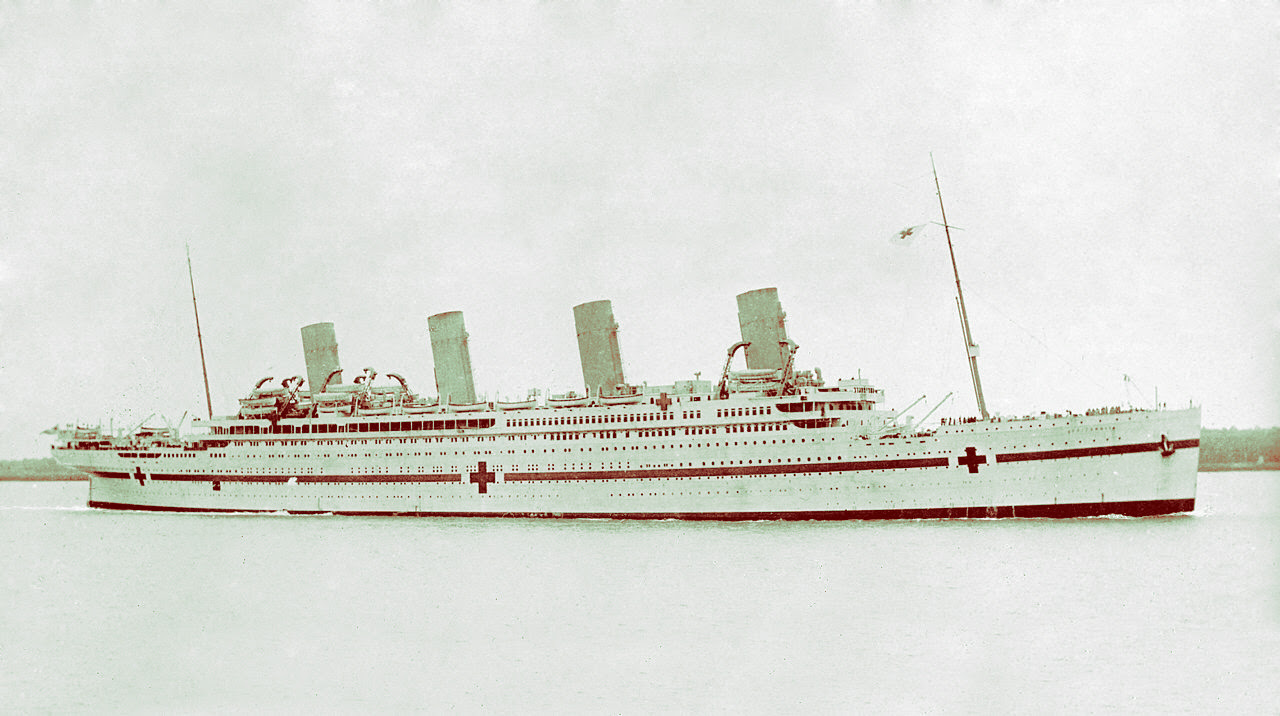 
The White Star Line didn't have much luck with giant ocean liners, much as they tried to build them for safety as well as opulence. The Titanic went down in spite of engineers' efforts to build a shipwreck-proof vessel. And in the wake of that disaster, the shipbuilders retrofitted Titanic's sister ship, the Britannic, with special design features — including a double hull — to ensure that it would not suffer the same fate. But, ironically, on 21 November 1916 it sank three times FASTER than the Titanic. It disappeared under the water off the Greek island of Kea, at 9:07 a.m., roughly and hour after an explosion damaged her.

Four years after the Titanic sank, the HMHS Britannic, then serving as a hospital ship,  suffered a mysterious explosion off the coast of the island of Kea in the Aegean Sea. It was during the First World War, and she had been converted to a hospital ship. Off of Kea, experts are pretty certain, the Britannic struck a submerged mine about ten feet below the waterline. (The possibility that a torpedo, rather than a mine, felled the ship has not been disproved, but most experts believe it was a mine.) The ship took on water quickly, developing a list to starboard. In only 55 minutes, she lay beneath 400 feet of seawater, fortunately having lost only 30 of the 1,125 crew and medical personnel aboard.

The Society of Naval Architecture and Marine Engineering think they know why. The society's Marine Forensics Panel has examined the factors that helped to bring the Britannic to such a swift, plunging end. Surprisingly, one of the most deadly may have been the decision to open the ship's portholes in order to air out the inside. Unfortunately, they did so in waters where the Kaiser's submarines had laid mines the previous month.