World War I and the Origins of U.S. Military Intelligence
Reviewed by Terrence J. Finnegan

World War I and the Origins of U.S. Military Intelligence


James Gilbert's new book is a welcome addition to the material that has been published in recent years on the evolution of U.S. intelligence processes and organizations during the twentieth century.[1] World War I and the Origins of U.S. Military Intelligence contains much that is new and intriguing, especially about the ways information was collected and then used to make a difference on the battlefield during the period of American involvement in the final year of WWI. A good example is Gilbert's revelation of how the downing of a zeppelin carrying incredibly lucrative material helped put at risk one of the greatest German threats — the U-boat. That story alone is worth the price of the text, though I would have suggested opening the book with it as a way of capturing the reader's interest and thus effectively showing how intelligence can be acquired through the most unlikely sources.

Although the title suggests the book will address U.S. military intelligence broadly, Gilbert really only focuses on the evolution of intelligence in the Army and on the domestic and military applications of that intelligence. By making no mention of the Office of Naval Intelligence (ONI), the oldest member of the U.S. intelligence community, Gilbert fails to live up to the promise of the title. Insights into ONI's diverse efforts throughout the war, e.g. the novel use of archaeologist Sylvanus G. Morley to spy in Central America, would have rectified that shortcoming and complemented the work.


Full appreciation of the material in Gilbert's book requires an understanding of the realities of America's entry into the conflict, a topic on which he might have offered more. As a relative amateur in the business of military intelligence on the scale the war required, the United States had to depend on the experience of its allies, Great Britain and France. The influence of both brought U.S. forces up to par in acquiring and disseminating intelligence to leaders and combatants alike. My research shows that the French did the most to influence American understanding of military intelligence at this early stage of development. Service des renseignements de l'observation du terrain (SROT), service des renseignements de l'artillerie (SRA), and section photo-aerienne (SPAe) were French operations that collected military intelligence to support American infantry and artillery in all the battles in which they engaged. As for aerial reconnaissance, the majority of US Air Service intelligence collection, analysis, and dissemination was accomplished according to French standards.

The ultimate product missing in James Gilbert's book is that important deliverable — the Plan Directeur map. Almost all intelligence targeting in sectors occupied by the Americans aimed at getting the latest information applied to the Plan Directeur. The positional warfare of the period depended on the map, and intelligence provided the information that made plans for artillery targeting and infantry assaults credible. 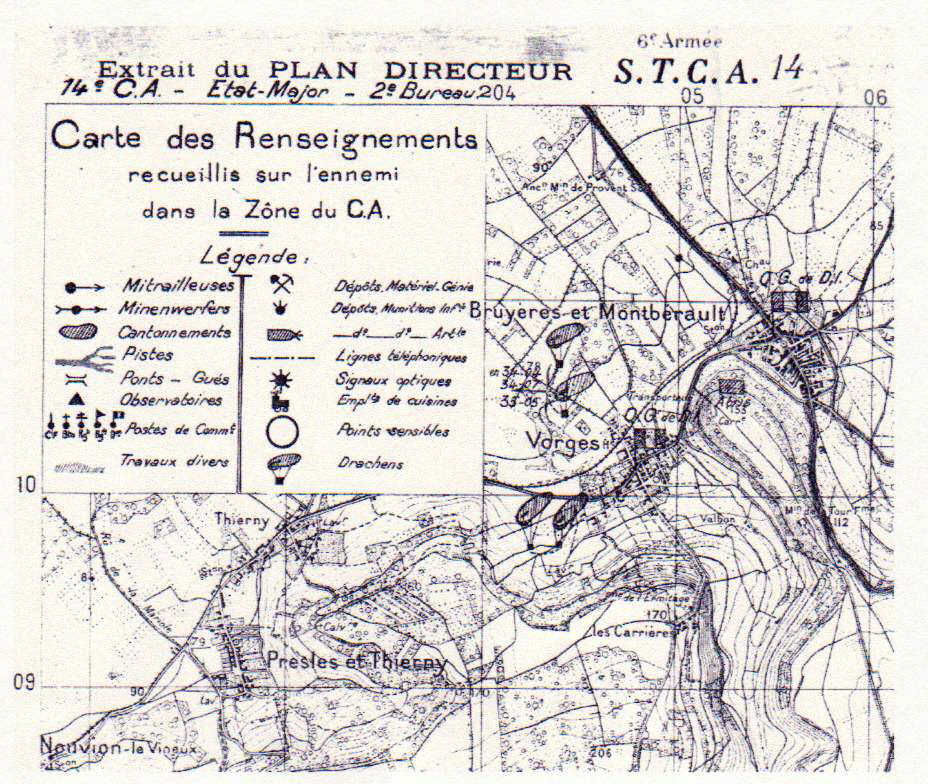 
Indeed, given the importance of such maps, their absence from this book is a most glaring oversight. Thus the book fails to help readers follow the "where" and "when" of the events it describes. Maps might have helped convey how the order of battle facing American forces was portrayed to commanders. Maps would have been invaluable in helping readers visualize the locations of countless places and to know their names, not to mention their pronunciations. Maps go with the subject.

One final observation —the book suffers from an insufficiency of source notes, which intelligence specialists immediately gravitate toward for deeper understanding. Numerous paragraphs contained quotations and specific details that were not attributed. Such details allow readers to dive beyond the published work. I, for one, would revel in carrying on such a search.

World War I is full of opportunities to expand knowledge of the intelligence business. As much as Gilbert has added to our knowledge of the subject, he really has just scratched the surface. There is still much to learn and reveal.


Notes [1] By way of full disclosure, I must note that my work is cited and complimented in Gilbert's book, and I am grateful for his praise. TF
[2] This review first appeared in "Studies in Intelligence" of the Central Intelligence Agency