The Red Poppy: Symbol of the Great War

Why the Red Poppy? 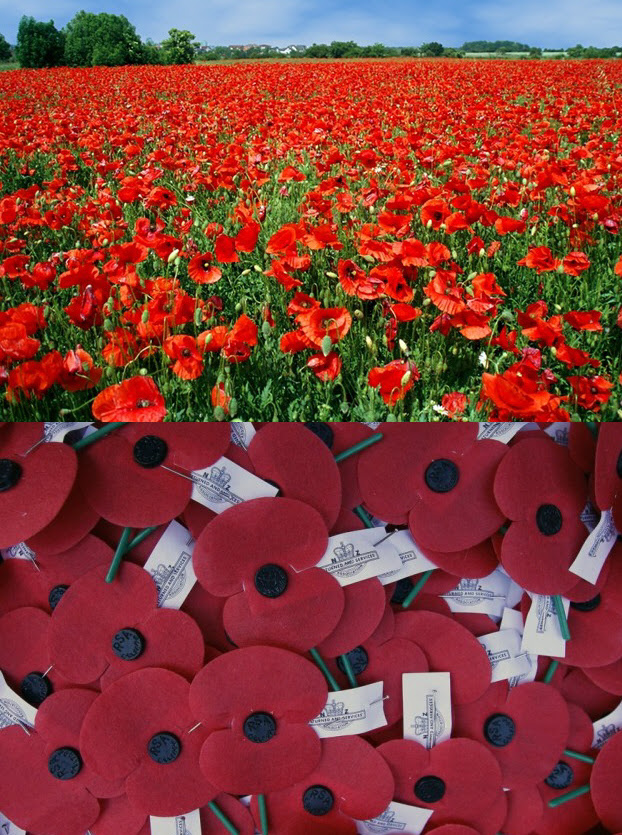 Long before the Great War, the red poppy had become a symbol of death, renewal, and life. The seeds of the flower can remain dormant in the earth for years but will blossom spectacularly when the soil is churned. Beginning in late 1914, the fields of northern France and Flanders became the scene of stupendous disturbances. Red poppies soon appeared.

In 1915, at a Canadian dressing station north of Ypres on the Essex Farm, an exhausted physician named Lt. Col. John McCrae would take in the view of the poppy-strewn Salient and experience a moment of poetic inspiration. The veteran of the South African War was able to distill in a single vision the vitality of the red poppy symbol, his respect for the sacrifice made by his patients and dead comrades, and his intense feeling of obligation to them. McCrae would capture all of this in the most famous single poem of the First World War, "In Flanders Fields."

The doctor's work achieved immediate universal popularity, which was subsequently reinforced by his own death in 1918 from pneumonia and meningitis. He was buried in a military cemetery near Calais on the English Channel, thus becoming one with those of whom he wrote in his famous poem. Probably by the time of his interment, John McCrae's verse had forever bound the image of the red poppy to the memory of the Great War. The poppy was eventually adopted by the British and Canadian Legions as the symbol of remembrance of World War One and a means of raising funds for disabled veterans. An American war volunteer, Moina Michael, helped establish the symbol in the U.S., where the Veterans of Foreign Wars and the American Legion also embraced the red poppy tradition.

In Flanders fields the poppies blow
Between the crosses, row by row,
That mark our place; and in the sky
The larks, still bravely singing, fly
Scarce heard among the guns below.

We are the dead. Short days ago
We lived, felt dawn, saw sunset glow,
Loved, and were loved, and now we lie
In Flanders fields.

Take up our quarrel with the foe;
To you from failing hands we throw
The torch; be yours to hold it high.
If ye break faith with us who die
We shall not sleep, though poppies grow
In Flanders fields.