In the distance the battle thunders grimly on,
Day and night, groaning and grumbling non-stop,
And to the dying men patiently waiting for their graves.
It sounds for all the world like the words of God.
Wilhelm Klem, November 1914

Should Palestine fall within the British sphere of influence, and should Britain encourage a Jewish settlement there, as a British dependency, we could have in twenty or thirty years a million Jews out there, perhaps more, they would develop the country, bring back civilization to it and form a very effective guard for the Suez Canal.
Chaim Weizmann letter to the Manchester Guardian, November 1914 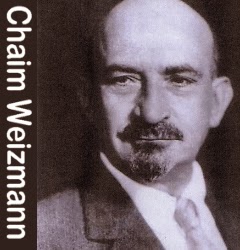 At the start of August, I was flayed by the apparition of War, of the War God. . .now the war has become invisible to me.  A visiting spectre. . . all that is left now is for the soul to endure it, agony and catastrophe are perhaps no more common than before, only more real, more active, more visible.
Rainer Maria Rilke, letter, November 1914

I have no complaints whatever to make about the response to my appeals for men.  But I shall want more men and still more, until the enemy is crushed.
Lord Kitchener, 9 November 1914

To the German soldiers:
It is not true that we French are shooting or mishandling German prisoners.  On the contrary, our prisoners are treated well and have enough t eat and drink.  Those of you who are weary of your wretched existence can safely report yourselves unarmed to French advance posts.  You will be well received.  After the war every one will be allowed to return home.
French pamphlet, dropped by aircraft, November 1914

The trenches my regiment was holding were rushed by the Cossacks on the night of 6 September.  It was about 11:30 when they attacked us.  I can remember being hit by one horse and knocked down.  While I lay I saw a second Cossack reach down to finish me.  He got me in the hip, but as he struck me I fired my revolver. I remember  seeing him fall and the riderless horse gallop on. Then I became unconscious.
Fritz Kreisler, 29 November 1914 Interview 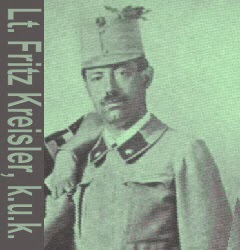