Hero: The Life and Legend of Lawrence of Arabia
Reviewed by Tony Langley

Hero: The Life and Legend of Lawrence of Arabia


It is a remarkable thing to realize that the man who led the original and authentic "sideshow of a sideshow" has become one of the most well known figures in 20th-century history. Indeed, a case can be made that T. E. Lawrence, better known to the general public as "Lawrence of Arabia," is now probably the single most famous individual to have participated in the Great War. While other military figures and statesmen from that momentous conflict are well known to students and historians, to the man in the street Lawrence is a more familiar figure than any Haig, Joffre, or Pershing.

This is, in no small part, largely due to the influence of modern media. From Lowell Thomas — American reporter, showman, and all-round promoter of money-making media events — to David Lean's epic motion picture and more than a hundred major books and other writings, T. E. Lawrence came to be rightly considered one of the 20th-century's most intriguing, heroic, and complex individuals ever to have been involved in military and political events. 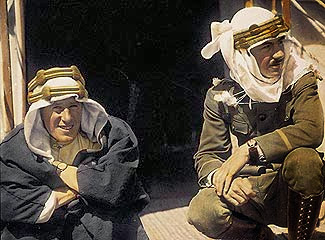 
In this new, 700-page biography, Michael Korda has written one of the most captivating and largely sympathetic accounts of Lawrence's life yet. The strength of this book lies in how the author manages to weave elements of history and popular media culture and (often distorted) public awareness of this enigmatic and often contradictory-seeming person, into an intriguing and highly detailed story. He starts with the wartime experiences of Lawrence and from there goes back to childhood, touches the Great War again and then gives a detailed account of Lawrence's post-war life and further achievements, many of which were no less admirable and distinguished than the military exploits for which he is widely known.


After more than a hundred books on this man, it might be pardonable to think that yet another Lawrence biography would be superfluous and consist of little more than a rehashing of events and explanations already voiced many times over. Korda's book, however, is more than that, for now that we are approaching the hundred-year mark we can see with greater clarity just how far reaching Lawrence was in his appreciation of the future consequences of decisions and miscalculations made during and immediately after the war. He was not only a brilliant military tactician, strategist, and thinker when it came to conducting, combating, and preventing insurgency warfare; Lawrence also knew how to apply his talents to statecraft, diplomacy, and geopolitics, as well as later in life to problems of mechanics and boat design and reforms in the then harsh set of military regulations in the British armed forces. A little-known fact is that after the war, Lawrence campaigned to abolish the death penalty for cowardice, an admirable stance from one to whom bravery in battle apparently came so easily.

Much has been made of the remark that Lawrence seemed to know how to "back into the limelight," a seeming contradiction of motives and ambition. While Michael Korda does not go about expressly addressing this character trait of Lawrence's, he does seem to provide an answer between the lines. Lawrence was a man driven to excellence by the force of his intelligence and learning. Whatever he did, he did to the utmost of his considerable abilities, be it preparing a thesis during his Oxford days, conducting archeological work in pre-war Syria, making maps for various British military commands, fighting and guiding a tribal insurgency and war, having a say (however small) at the greatest peace conference in modern times, or later being instrumental in helping to create three new nation states — two of which are still in existence now. He also wrote one of the great classics on warfare and has inspired military thinkers and leaders ever since.

Yet, for all these accomplishments, Lawrence remained a basically shy, reticent person, drawing back from physical contact.

As Michael Korda writes: "Few people have risen so high so quickly, or have voluntarily given up not only honors but power...without regret or bitterness. Fewer still have been so famous and tried so hard to live obscurely."

That is why the author thinks it more than appropriate to examine Lawrence's life anew and not to treat him as "an interesting neurotic" but more aptly as a visionary and a warrior, someone who "not only wrote an epic, but lived one'."