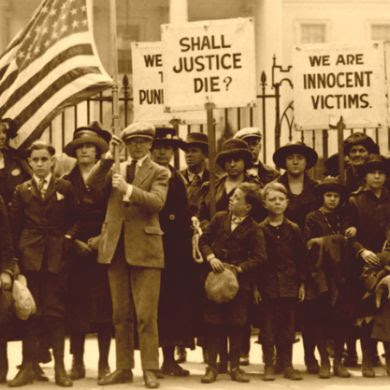 The Sedition Act of 1918 (Pub.L. 65–150, 40 Stat. 553, enacted 16 May 1918) was an Act of the United States Congress that extended  the Espionage Act of 1917 to cover a broader range of offenses, notably speech and the expression of opinion that cast the government or the war effort in a negative light or interfered with the sale of government bonds. Though the legislation enacted in 1918 is commonly called the Sedition Act, it was actually a set of amendments to the Espionage Act

The act, along with other similar federal laws, was used to convict at least 877 people in 1919 and 1920, according to a report by the attorney general. In 1919, the Supreme Court heard several important free speech cases—including Debs v. United States and Abrams v. United States—involving the constitutionality of the law. In both cases, the court upheld the convictions as well as the law.