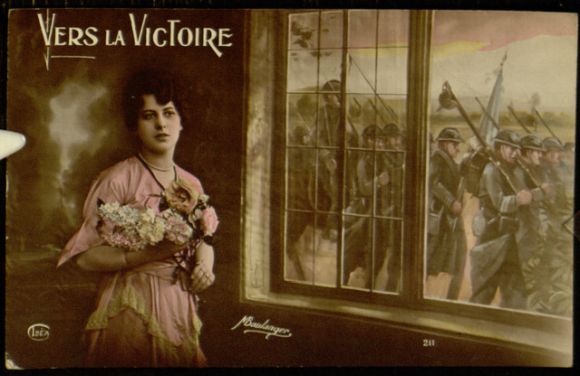 Wow! Talk about an eclectic collection this is one of the best online resources of fresh material and images of the Great War I've come across.  Here's the story of the origins of the site:

In the fall of 2015, graduate students in the Villanova Digital History course explored these scrapbooks as a form of memory and source of information on varied experiences during the First World War. Each student developed both an article exploring a key topic related to understanding World War I as well as a digital project based on the photos, letters, texts, and other items contained within the primary source scrapbooks.

Through these digital projects, we hope you glimpse how a few soldiers and nurses remembered their participation in the war. The photos and letters contained in these decades old scrapbooks demonstrate the importance of memory for understanding human experience and provide insight into the war that changed the world.

Here are a few samples:

From the Accompanying Article
Sports had a waning influence during the war years. In the United States, most professional sports teams shut down due to World War I. Athletic men were needed for the war effort. “Work or fight” orders compelled professional athletes to join the military. Public opinion turned against athletes who chose to stay in the United States and play ball rather than join their fellow countrymen in combat. Professional baseball came under scrutiny when both the American and National Leagues decided against suspending their 1918 seasons. Game play was paused indefinitely on September 2, 1918, after the Boston Red Sox defeated the Chicago Cubs, but only for a few months as the war ended the following November. Despite the negative effects this controversy had on professional baseball’s reputation, attendance increased by over 50% during the 1919 season. This suggests that post-war Americans were eager to return to life and leisure as usual.