Thoughts on the Economics of World War I 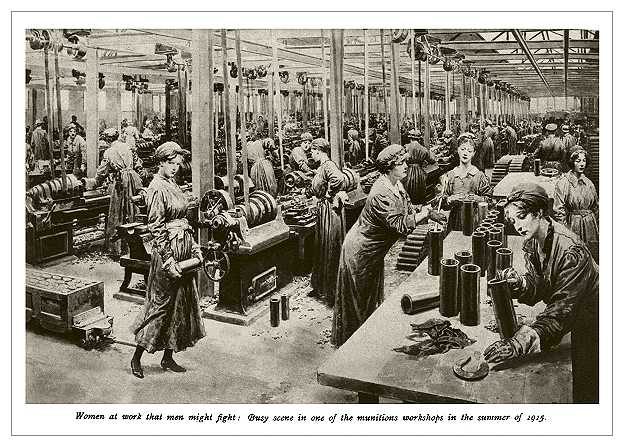 From:  THE ECONOMICS OF WORLD WAR I: AN OVERVIEW
By Stephen Broadberry and Mark Harrison

After 1939 it became impossible not to see World War I as a dress rehearsal for World War II. From this viewpoint the first war was rather like the second war, only not as bad. In its own time it was seen as the nadir of civilization, but this was only because those involved did not realize how much worse it could get. This is immediately obvious from any statistical comparison of the two wars...The lesson is clear—World War II was just World War I with more countries, more soldiers, more time, more money, more guns, more death, and more destruction.

In reality, World War I had some distinct features. One is that economics decided the outcome of the first war in a direct and straightforward sense, even more so than in the second. The military decision of World War I was expected on the Western Front, where the richest countries engaged most of their forces. Yet the military decision never came. It is true that there were victories and defeats and that the front became considerably less stable during 1918, but the fact remains that the military struggle ended in ceasefire, not surrender, with the German Army still standing on foreign soil. If Germany’s war effort had become unsustainable it was because of the failure of its economy, not its army. In Austria-Hungary, too, it was the economic collapse of Austria-Hungary that ended the military ambitions of the Habsburgs just as urban famine and industrial collapse in Russia signed the death warrant of the Romanovs.

In this limited sense, World War II was different; it ended in the crushing military defeat of the Axis Powers. What remained the same is that the Allied victory of 1945, like that of 1918, was enabled by an overwhelming predominance of resources.

We conclude by noting the special features of warfare in the first half of the 20th century. While there is much debate about the precise definition of “total war” (Chickering and Förster, 2000), the period between 1914 and 1945 is distinctive from an economic viewpoint. In both world wars the main combatants were able to devote more than half of their national income to the war effort. This did not happen before 1914, or after 1945, and it seems unlikely that it will ever happen again. Before 1914 it was impossible and after 1945 it was no longer necessary. Before the 20th century, per capita incomes were too low and government services too inefficient for society to devote such a large share of economic activity to warfare; too many people were required to labor in the fields and workshops simply to feed and clothe the population, and government officials were not up to the task of counting and controlling them. After 1945, the destructive power of nuclear weapons meant that any rich or large country could acquire devastating military force for a few billion dollars. Hence the marshaling of economic resources played a much more vital role in the outcome of the two world wars than in any period before or since. This is why we maintain that the history of the world wars cannot be written without the economics.