[I found this book in the military collectibles section of the Friends of the Coronado (CA) Public Library Annual Book Sale. Quite a treasure trove.]


MY WAR by István Szegedi Szüts 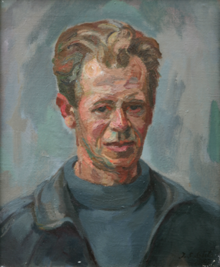 Szüts presents a stark monochrome work that is the essence of postwar German Expressionism. This entire book is what we now call a graphic novel, annotated only by page number in a list of illustrations, from 1 to 206. It was published in 1932 in the UK and New York. The paper is a thick, textured ivory with the satisfying proportion of 10.25" h x 6.5" w, with illustrations in pen, ink, and wash. The book is powerful in all respects.

The artist served as a hussar in the Austro-Hungarian Army through the war. Afterward he taught drawing from 1926 to 1936 in Hungary. His friends in the cultural world of Hungary included the composers Béla Bartók, Zoltán Kodály, and György Ránki, the latter two friendships extending into Szüts's later years.

Szüts visited London in 1929 and had a solo exhibition of 76 pictures at the Gieves Gallery. He emigrated to the UK in 1936 and married the artist Gwynedd Jones-Parry. They settled in Cornwall, where they lived until his death in 1959.


Here are some excerpts. To pique your curiosity, I have included neither the first nor the last page... 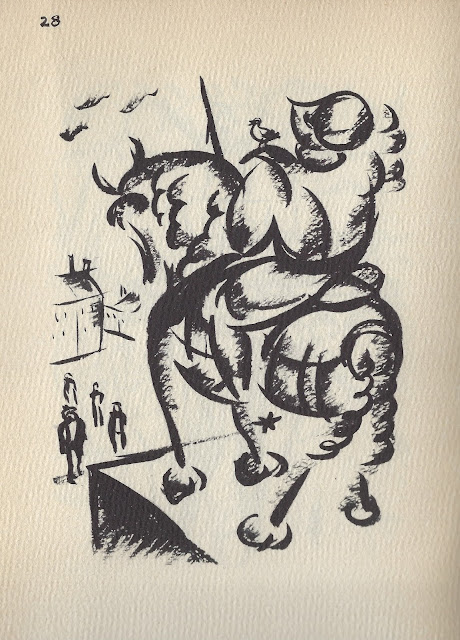 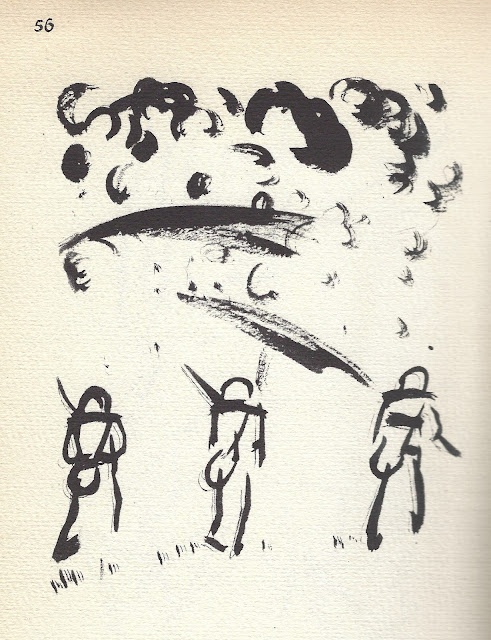 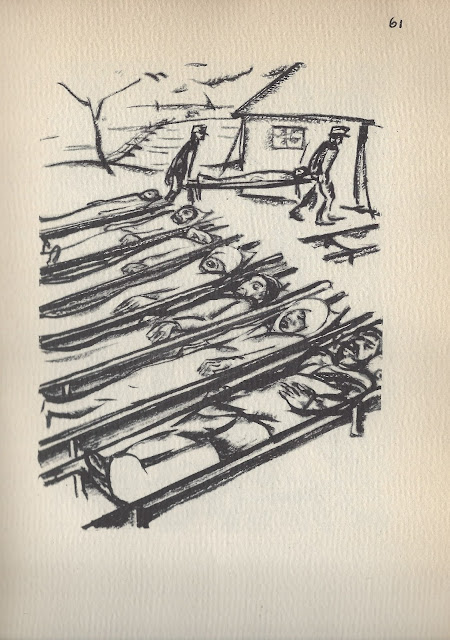 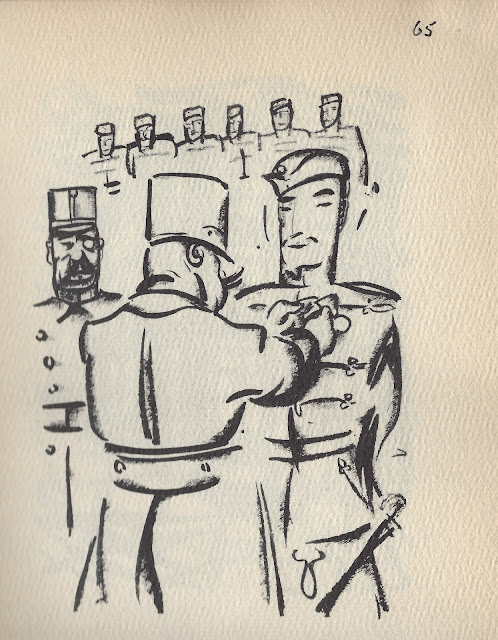 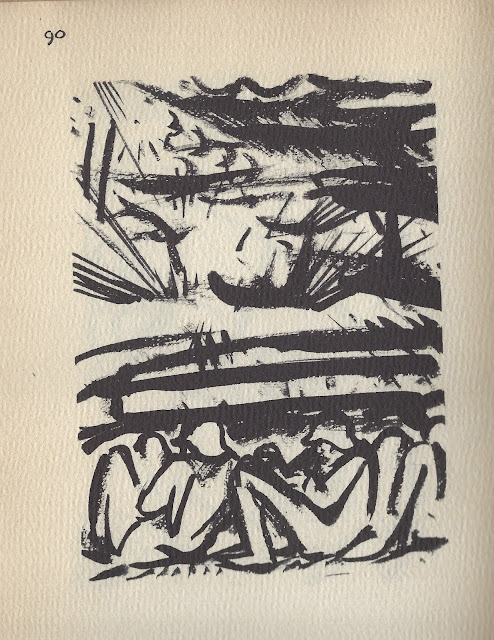 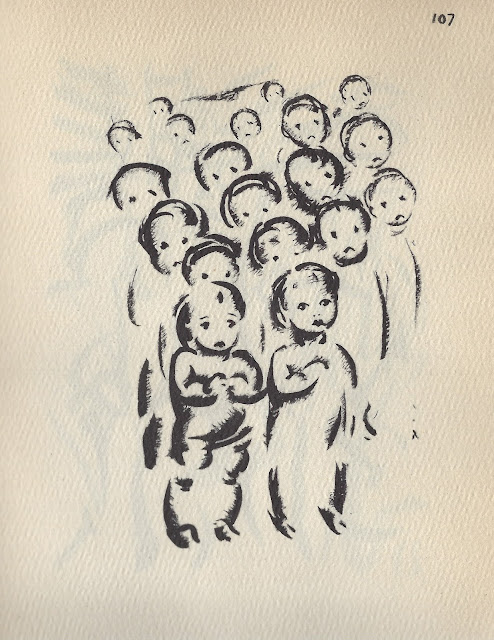 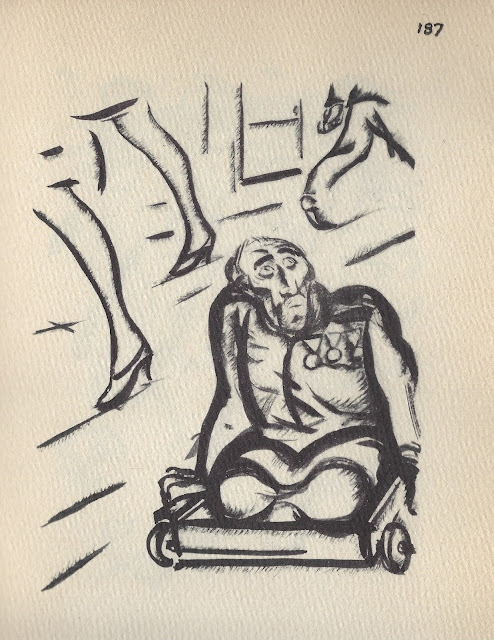 187 We Are All Decorated