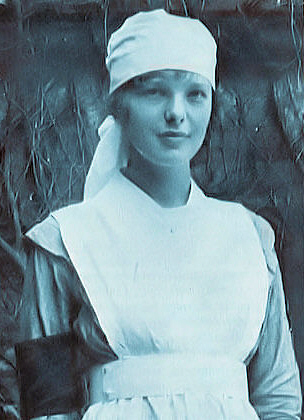 Overall, the Centennial commemorations have done a fine job of remembering the work of the nurses who cared for the troops. Don't miss, for instance, the 2014 movie version of Testament of Youth, the story of the best known VAD nurse from the Great War, Vera Brittain. It has a whopper of a historical error regarding the dates of the Spanish Flu, but these things happen.

However, as the photo above shows, it turns out that there is another very well known VAD nurse from the war—none other than aviatrix Amelia Earhart. In 1917 she volunteered to serve at military hospitals in Toronto, serving through the Spanish Flu, and becoming a casualty of the war. During late 1918 she became ill, suffering from pneumonia and maxillary sinusitis. The latter problem led to chronic sinus problems, which affected her flying.