Who Suffered the Most from Gas Warfare? 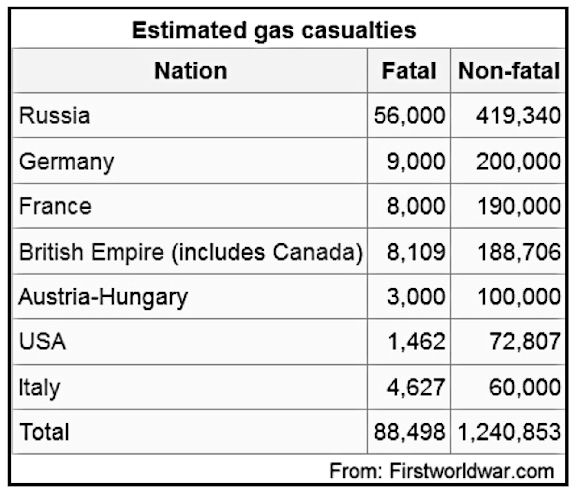 As the table above shows, it was Russia that suffered the most from gas during the First World War.  Why was this? Other than summary statistics only bits and pieces of the story are known. Despite the focus on the first use on the Western Front at Ypres in April 1915, the Russians were targeted earlier, but ineffectively, with a type of tear gas in January 1915 at Bolimow. Later, on 31 May, they suffered over 6,000 killed by chlorine gas in a series of assaults. For the rest of the war, it was a one-sided affair. The Russians never got the hang of systematic defensive measures against gas, and their own offensive measures were of no operational impact.