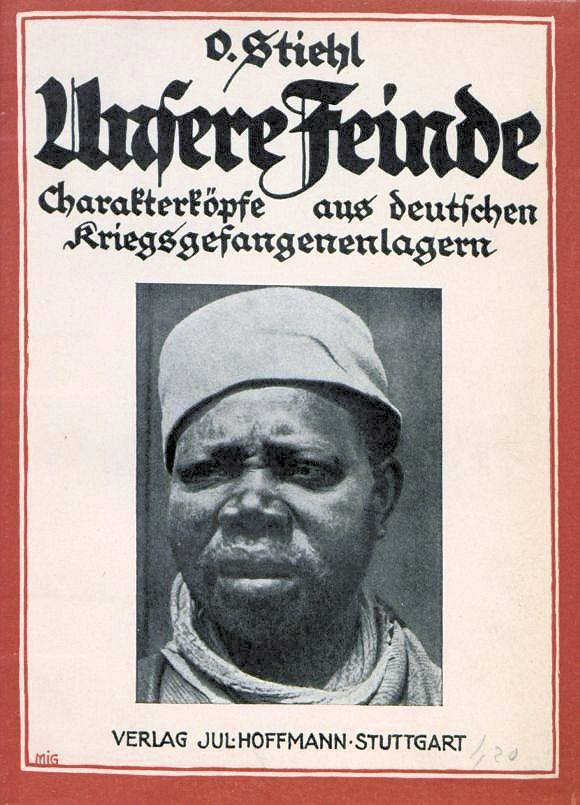 These men are prisoners of war from various countries, captured in Germany. Nearly all of them glower into the camera, and the portraits are titled Our Enemies. 96 Character Heads from Prisoner of War Camps in Germany. The different headdresses highlight the ethnic diversity of the men. 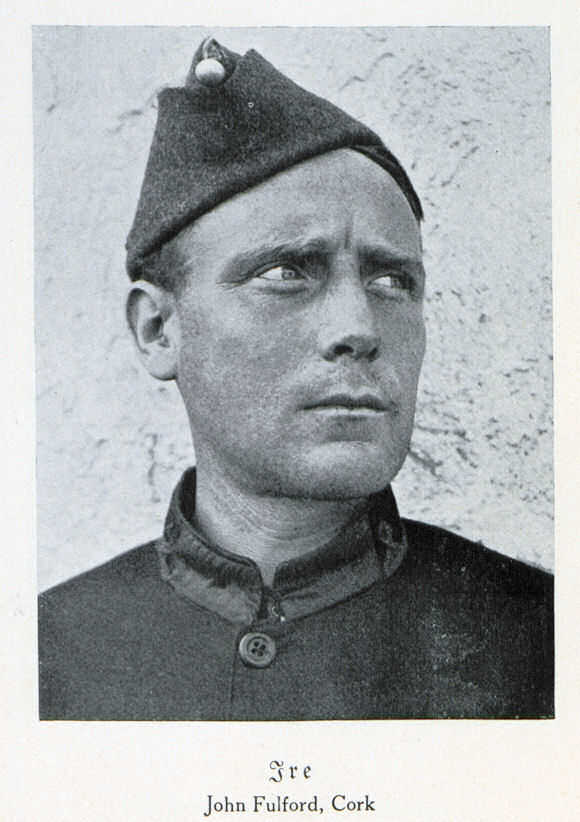 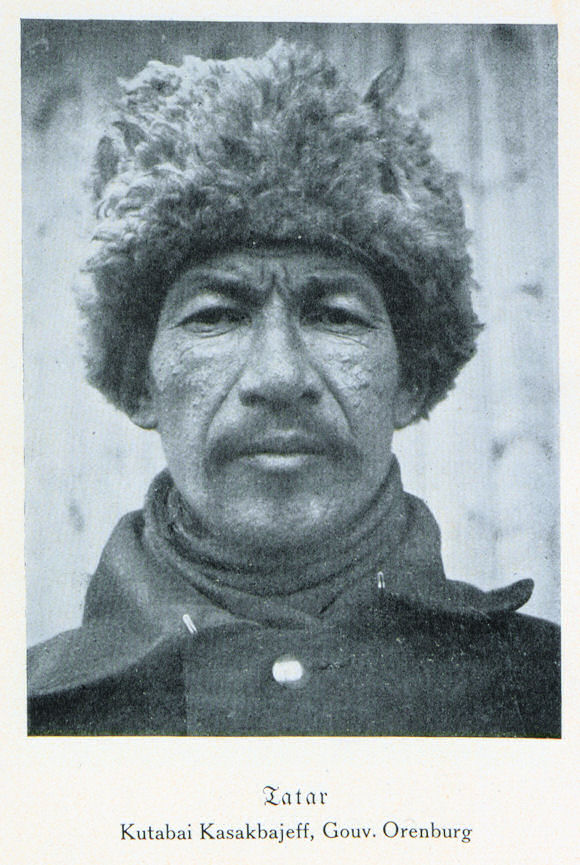 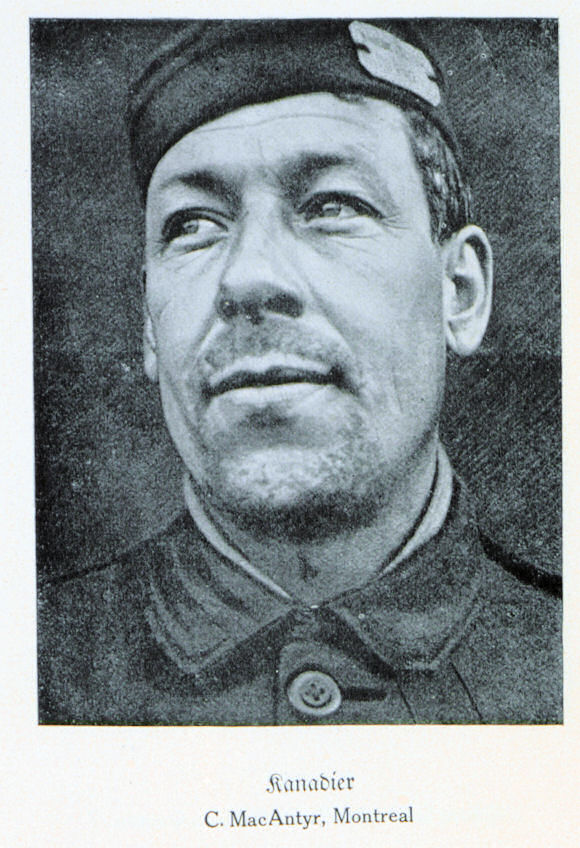 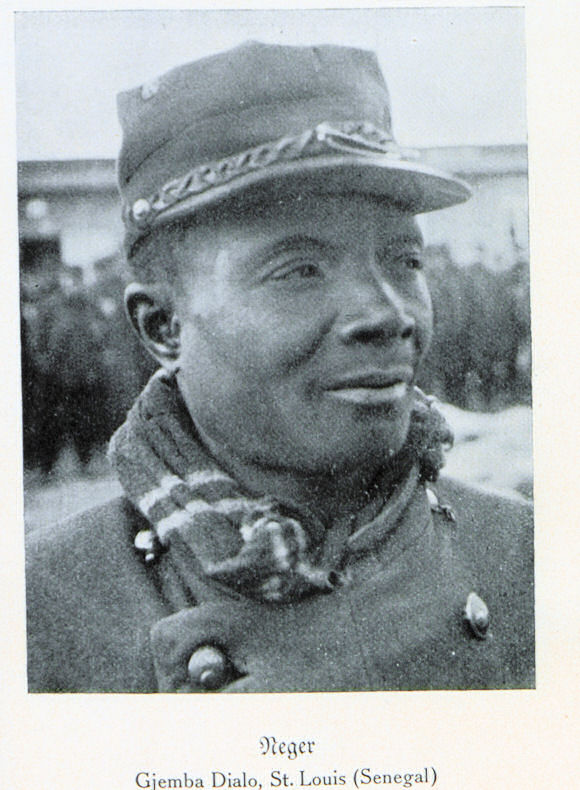 These pictures showed German readers the face of the enemy. Those depicted were especially "exotic" and "alien." This intentional portrayal of the prisoners was intended to make clear these were "evil foreigners." That Germany captured these men from across the world gave the message that Germany had the capacity to take on the entire world. 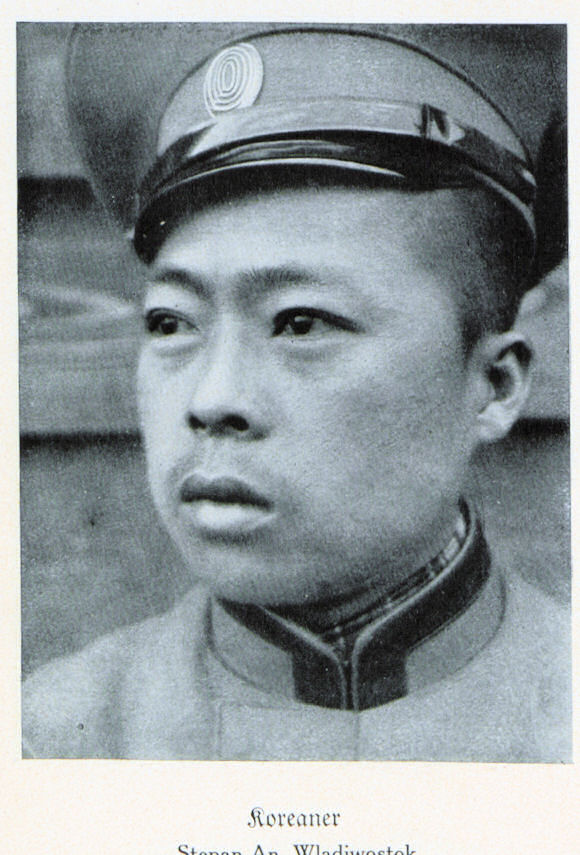 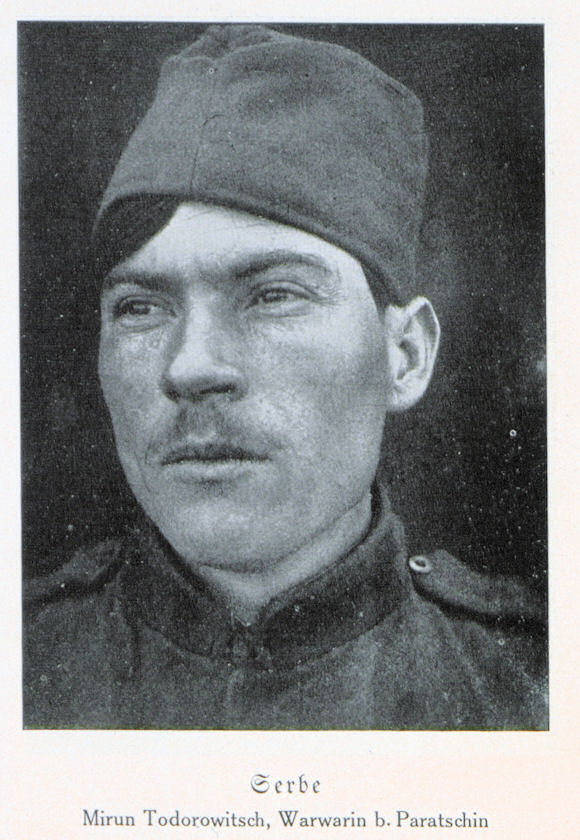 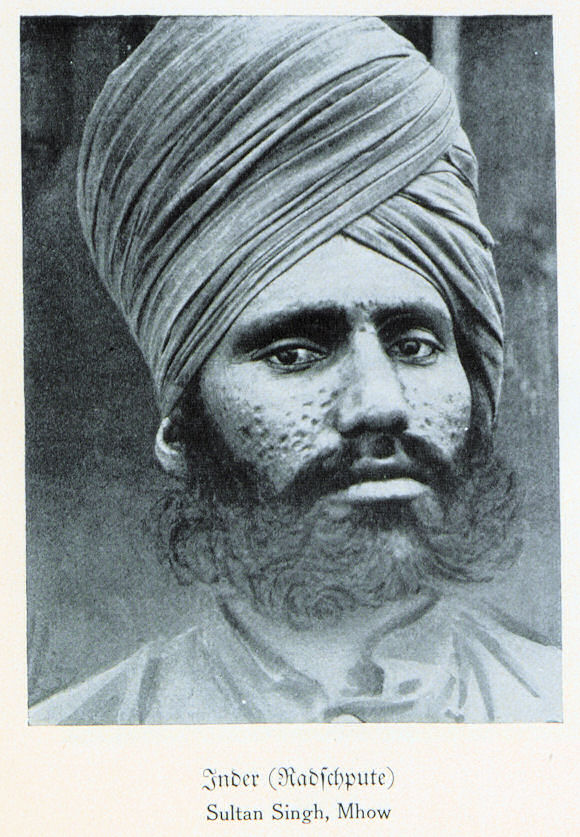