All About British Pistols of the Great War 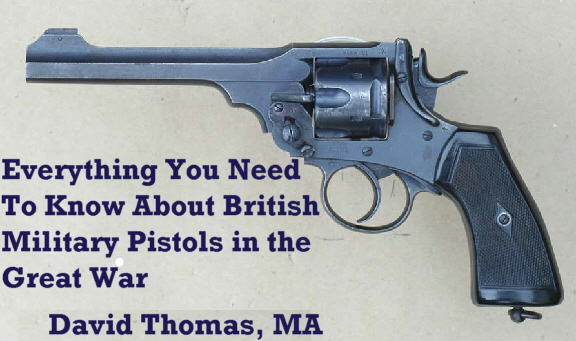 The most popular pistol issued to British forces in World War I was the .455 caliber, six round, double action Webley Mark VI revolver pictured above. In his in British First World War Studies master's dissertation at the University of Birmingham, David Thomas discusses the selection, acquisition, use, and effectiveness of all the pistols used by His Majesty's troops during the the war. Now retired, David was commissioned from the Royal Military Academy, Sandhurst into the Royal Artillery. During his subsequent career he held a variety of regimental posts, qualified as an instructor in gunnery, and worked as a weapon staff officer. He has been an enthusiast of the pistol throughout his life, as a shooter, bibliophile, and official, with a period as chairman of the British Pistol Club. Just click below to download his complete 38-page document.
http://www.worldwar1.com/tripwire/pdf/davidthomas.pdf