From The Centenary of the First World War: An unpopular view
By Gary Sheffield 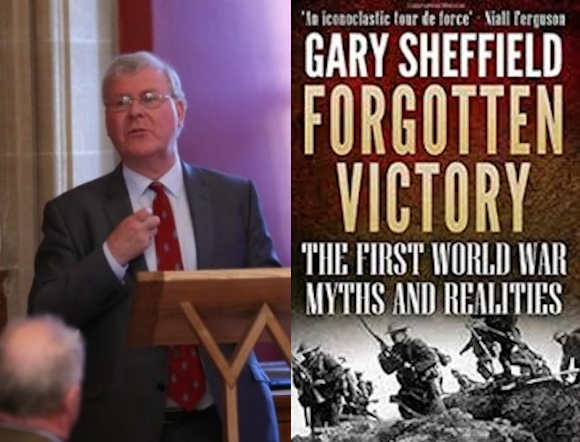 It is nothing new to suggest that poets and novelists have been more influential in shaping popular views of the First World War than historians. The children’s writer Michael Morpurgo is a recent case in point. The author of War Horse and Private Peaceful, both of which have been turned into popular films, Morpurgo’s work will have far greater influence on non-specialists’ perceptions of the Great War than anything I am likely to write. I am not for one moment denying his right to put forward his perspective or the right of authors to spin imaginative fiction out of real-life events. However, I look at his work from the perspective of a historian who works from a basis of fact, not fiction. Take something Morpurgo wrote in Private Peaceful. Denouncing the British Army’s disciplinary regime, he attacked the execution of two soldiers "for simply falling asleep at their posts." To put it no more strongly, this comment displays a lack of understanding of the realities of trench warfare. For a man to fall asleep at his post was not a trivial matter. It was a very serious offence which could have endangered the lives of his comrades: a sleeping sentry could allow an enemy raiding party into their trenches, with potentially catastrophic consequences.

In fact, only two men were executed for sleeping at their posts. They were Private Thomas Downing and Private Robert Burton, both of 6th Somerset Light Infantry, who were shot in Mesopotamia in February 1917. It is clear that these men were executed pour encourager les autres. Lieutenant General Marshall wrote of Burton: the "actual fact... [he was found] sitting down shews [sic] such a want of appreciation of his duties as a sentry, responsible for the lives of his comrades [emphasis added]," that the sentence should be carried out. Historians Cathryn Corns and John HughesWilson have commented that Marshall was being over-zealous. In fact, a common practice in the trenches was for sympathetic officers to deliberately wake up dozing sentries. What is so often missing from fictional accounts of the First World War, and much popular history, is that executions in the British army were rare events. They tended to be used as an extreme method of maintaining discipline, or graphically demonstrating to the mass of soldiers the possible penalties. Out of the 5 million plus men who served in the army in 1914-18, only around 350 were executed. Around 90 per cent of men sentenced to death were not actually executed, their sentences being commuted. This was a "managed figure," it has been argued, the military authorities believing it would deter malefactors "without appearing excessively harsh."

By modern-day standards, the fact that some men who were executed were suffering from psychiatric wounds ("shell-shock," in the parlance of 1914-18) is shocking, as is the rudimentary and unfair nature of some of the courts martial. Yet we need to have a sense of historical perspective. The army of the First World War needs to be judged by the standards of the age, not of our own time. We can deplore the way soldiers were treated, but it is profoundly ahistorical to apply 21st-century mores and sensibilities to individuals and organisations which were the products of a very different society, a century ago. The fact that the First World War is—just—within living memory can blind people to that simple fact.

The centenary of the First World War, and the sheer volume of coverage it is being given in the media has led a number of public figures whose credentials for pontificating on the Great War are not readily apparent to do just that. In May 2013, a letter from a group of actors, musicians, poets, and politicians was published in the Guardian, a liberal-left British newspaper. It ran on predictable lines, and in some circles became known as the "Luvvies’ letter."  Cultural figures setting themselves up on experts on the history of the First World War have brought about criticism from historians and other knowledgeable commemorators. 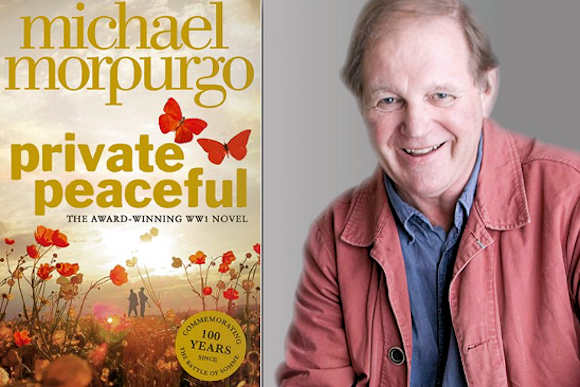 Michael Morpurgo has gone on record that he opposes celebration of the First World War, particularly any events around the centenary of the outbreak (in August 1914) that engender any ‘"ense of national pride—flag-waving." In some ways, I have sympathy with his position. The outbreak of war is certainly nothing to celebrate, and nationalism in any form I find unhealthy. But to regard the First  World War as, in Morpurgo’s words, simply as "a holocaust of a war in which 10 million people died" is to ignore the vital issues of why Britain went to war, and why the British people, with remarkably little dissent or coercion, stuck at it until victory was achieved. It also disregards the opinions of men who fought in the war. Much recent research has demonstrated that the idea of widespread disillusionment and pacifism among former soldiers is a myth.  Morpurgo’s view that it would be appropriate to wear white poppies alongside red ones prompted one tweet that declared: ‘My granddad (R[oyal]  A[rtillery] 1914-18) would have kicked his arse." The evidence suggests that this former soldier would not have been alone in being angered by and rejecting Morpurgo’s viewpoint.

To differentiate between "nationalism" and "patriotism" involves semantics that I do not propose to explore here, but I see no contradiction in opposition to the former and celebrating, in a non-triumphalist way, the British national achievement in playing a leading role in defeating Imperial Germany’s bid for hegemony in 1914-18. After all, celebrating the UK’s role in defeating Nazi Germany is uncontroversial, as we saw during the 70th anniversary commemorations of D-Day which took place in June 2014. Because we tend to see 1914-18 through the distorting mirror of 1939-45, the gravity of threat posed by the Kaiser’s Germany to Britain has been almost entirely forgotten. If it is right to celebrate victory in the Second World War, it is also right to celebrate victory in the First. Bizarrely, when the Prime Minister, David Cameron, announced in 2012 the events that the UK Government had chosen formally to commemorate, the list included such defeats as the First Day on the Somme but ignored the great Allied victories of 1918 which ended the war. As Professor Peter Simkins has observed, such historical illiteracy is akin to commemorating the Second World War by marking Dunkirk and the fall of Singapore but not D-Day.

To return to where I began: only a fool would deny the sheer horror and waste of the First World War. I defy anyone to visit a war cemetery on the Western Front, read the ages on the headstones and the messages from grieving families, and remain unmoved. Our horror and revulsion at mass death should not be allowed to obscure the true meaning of the war. That Britain and her allies won the First World War, and not Germany, is a fact of the utmost significance. The world that emerged from the First World War was imperfect. A world in which Europe was dominated by a victorious German empire that stretched from the Channel to the Ukraine in which liberal democracy had been extinguished would have been far worse. Unpopular as it undoubtedly is to say so, between 1914 and 1918 Britain fought a defensive, just war.