Conscription of Colonial Labor to Support the War in Africa 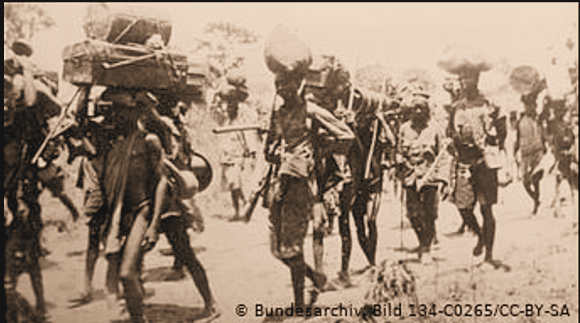 World War I in Africa could not have been fought without the mobilization of vast numbers of soldiers and workers from the continent. . . These mobilizations occurred both alongside and beyond the battlefields of the four African campaigns of World War I, which were fought in the German colonies of Togo, Cameroon, German Southwest Africa, and German East Africa. The conscription of African laborers and troops was embedded in the wider violence of military campaigns occurring in these places. The German colonies became targets of Entente colonial forces at the war’s outset, as Entente powers anticipated, correctly, that conquest and occupation of these lands would accrue more land to their empires. Togo fell to British forces in August 1914, Southwest Africa to South African forces in  1915, and Cameroon to combined French, British, and Belgian forces in 1916. The campaign in German East Africa lasted until November 1918, when German Schutztruppe commander General Paul von Lettow-Vorbeck finally surrendered to the British in Northern Rhodesia, or what is today Zambia.

The mechanisms by which colonial powers pressed African men, women, and children into various forms of unfree labor were largely the same before, during, and after the war. What changed during the war was the scale. European mobilization of African troops and workers during World War I in Africa reflected longstanding colonial practices of labor conscription, resource extraction, and land grabs. The war exacerbated the harshest conditions of colonial occupation. This is the lens through which we should seek to understand the effects of World War I on Africans and Africa. 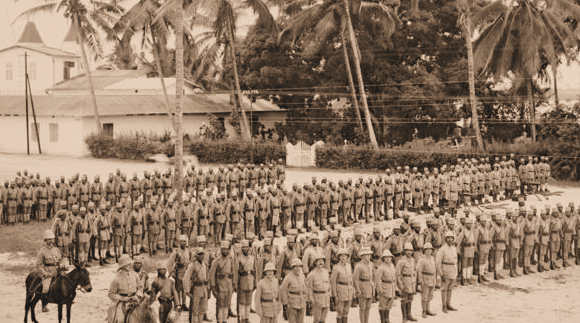 Lettow-Vorbeck and the [native] askari who fought alongside him during the East African campaign (shown above) committed many abuses against African communities. They seized provisions and livestock, disrupted planting and harvest cycles, and pressed people into work for which they rarely received adequate compensation. Women were forced into performing domestic labor for soldiers on the march and were frequently the targets of sexual violence.

Like his German counterparts fighting in Europe, Lettow-Vorbeck prioritized military necessity in prosecuting the East African campaign. While on the march, columns of his troops ruthlessly exploited African communities, requisitioning food stores, crops, and livestock. In the latter stages of the campaign, they also seized people, especially to fill the ranks of porters and laborers. In prioritizing military objectives over all others, Lettow-Vorbeck’s campaign ensured that significant portions of eastern and southeastern Africa would suffer from wartime devastation well into the post-war period. German East Africa’s last colonial governor, Heinrich Schnee, was appalled at Lettow-Vorbeck’s refusal to entertain any notion of preserving the colony for future development under continued German rule. But military necessity won the day, as it did in so many other places between 1914 and 1918.

To make things worse, the columns of Entente soldiers did the same things as they pursued the Schutztruppe throughout eastern and southeastern Africa until  Lettow-Vorbeck’s surrender in November 1918. The devastating effects of these depredations on East African populations also caused significant hardships due to famine and the spread of the influenza pandemic to the region through globalized military shipping and soldiers’ and laborers’ travel around the world. 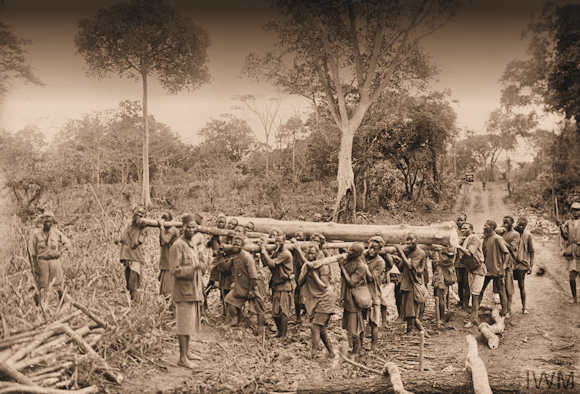 Lettow-Vorbeck’s surrender to the British in Northern Rhodesia, a territory administered by British colonial authorities, in November 1918, marked the end of a campaign that had lasted more than four years. The Entente’s numbers far exceeded those of the Schutztruppe, as did their ability to resupply their forces. Despite the Entente’s numerical superiority, Allied armies had great difficulty in stopping the Schutztruppe in part because of Lettow-Vorbeck’s highly mobile style of warfare, which forced Entente troops to pursue his columns across vast distances. In the campaign’s final year, much of the fighting took place not in German East Africa but in Portuguese East Africa.