The Execution of Captain Fryatt – A Roads Classic

Before the war was a year old, Captain Charles Fryatt had already had a number of close shaves with German U-boats. After growing up in Harwich, Essex, he followed his father into the merchant navy. In March 1915, captaining the SS Brussels, he attempted to ram a prowling U-boat, actions that won him national acclaim. 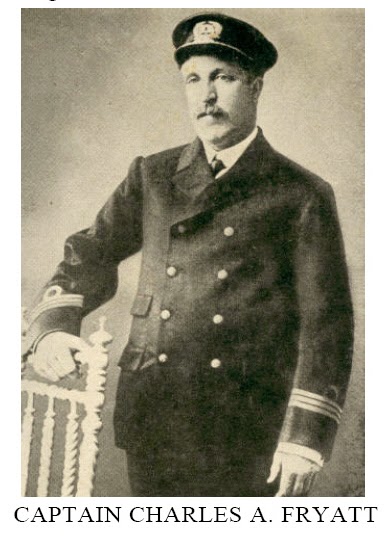 But on 25 June 1916, his ship was cornered by five gunboats and Captain Fryatt was imprisoned.  He was tried in Bruges on charges of being franc tireur—a civilian engaged in hostile military activity. Captain Fryatt had earlier told his captors he did his duty to protect his crew but, according to press reports, was not allowed to speak at his trial.

The hearing, sentence and firing squad all took place on the same day, 27 July 1916. When his funeral was held in Harwich, schoolchildren were given the day off and the streets were lined with people. Among the lasting tributes, the local hospital was named after him.

The public reaction to Charles Fryatt's death echoed that of Nurse Edith  Cavell eight months earlier. In both cases, the Germans had intended to show defiance would not be tolerated. In both cases they acted in accordance with their military code and international law. Stephen Badsey, Professor of Conflict Studies at the University of Wolverhampton, explained: "Both were guilty of breaching military law and once the Germany military had determined they had a right to execute them they were going to go ahead and do it, without thinking through the wider impact."

In both cases they failed to consider the propaganda battle. The outcry in both cases was that Germany had "violated civilisation." Newspapers across the world raged at the actions of the German army. Headlines were fat with words like "murder" and "atrocity."

In a letter to Mr Fryatt's widow, King George V called his death an "outrage." Every means of communication—songs, postcards, posters, films, and even stamps—were used to convey such examples of "the Hun" at work. 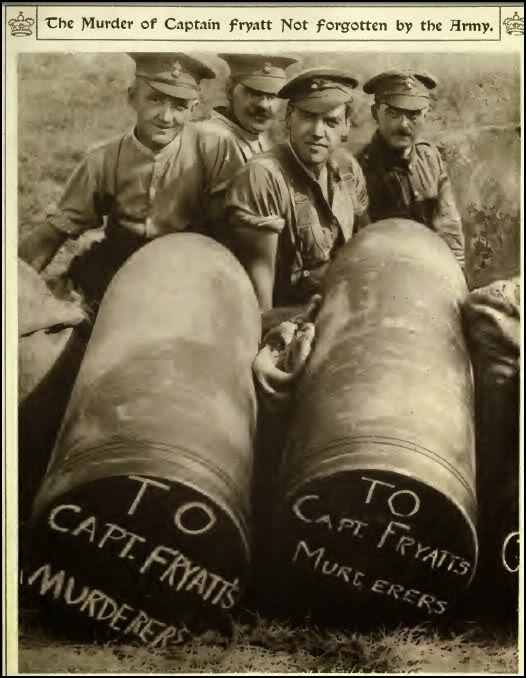 Both Fryatt and Cavell were initially buried close to where they were shot, but shortly after the war their bodies were exhumed and brought back to England. The same train carriage was used in both cases. Capt Fryatt's funeral was held at St. Paul's Cathedral, but his body was also taken home and buried at All Saints' Church, Upper Dovercourt, Essex.

He was celebrated in two main memorials, but in addition to the hospital, a road and a pub in Harwich also bear his name.