That four future Marine Corps commandants fought at Belleau Wood might not surprise many of our readers.  The name of one who was not there, however, might surprise you.  Legendary Marine, John Lejeune, was busy with other duties within the AEF at the time.  More on that below, but here are the four that were destined for greater responsibilities after surviving that struggle for the little forest near the Marne River in June 1918. 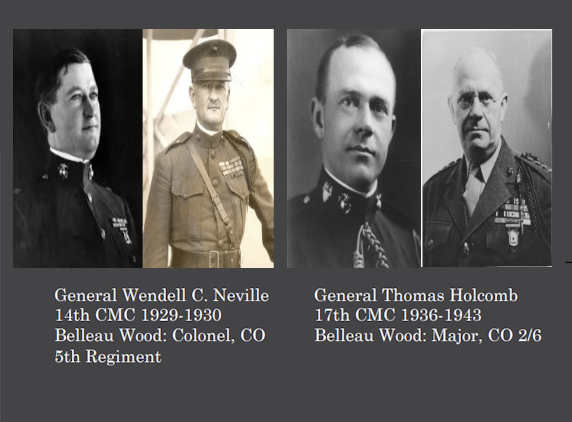 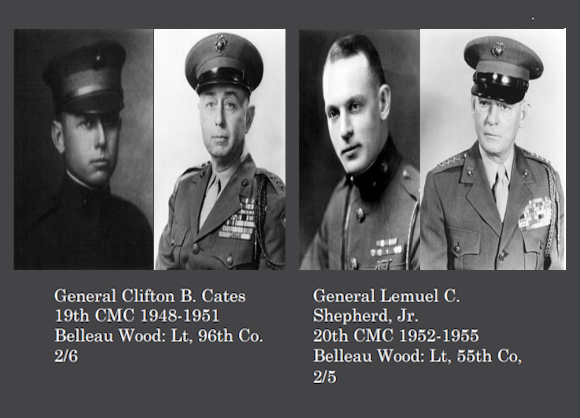 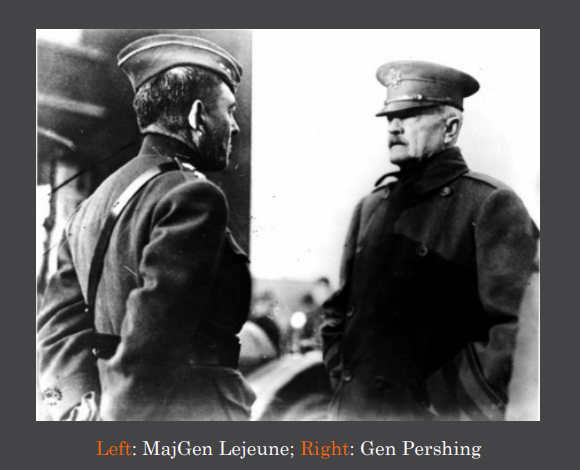 From May to August 1917, Lejeune helped organize the 5th and 6th Marine Regiments and took command of the new Marine Corps base at Quantico, Virginia. He remained there until May 1918, whereupon the commandant sent him to serve on General John J. Pershing’s (1860–1948) staff, at Chaumont, France. From 19 June to 4 July, Lejeune served with the 35th Division in the Vosges Mountains. He earned promotion to major general on 1 July, and on 5 July he briefly assumed command of the 64th Infantry Brigade of the 32nd Division. Then, on 25 July, he took command of the 4th Brigade (Marines), 2nd Division. Just three days later, Lejeune took over command of the entire 2nd Division. Shortly after his taking command, the 2nd Division participated in the American-commanded St. Mihiel Offensive, the Battle of Blanc Mont Ridge, and the final stage of the Meuse-Argonne Offensive.
Sources:  USMC.edu and Encyclopedia 1914-1918