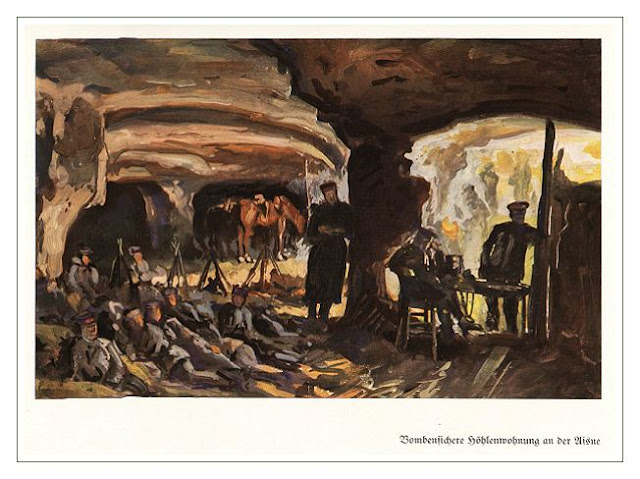 From War in a Different Light

During the Great War, armies not only dug trenches into the earth but also built large and voluminous underground dugouts, shelters, huts, storage rooms, aid posts, and what not. In certain regions in northern France, most notably around Arras, Soissons, Rheims, the Chemin des Dames, and other regions, thankful use was made of either natural caves or stone quarries. Many of such underground cavities were quite large, allowing shelter for thousands of men at a time, others were more modest in size but perfectly adaptable for use as living quarters, often by the addition of a wall, windows, and door. 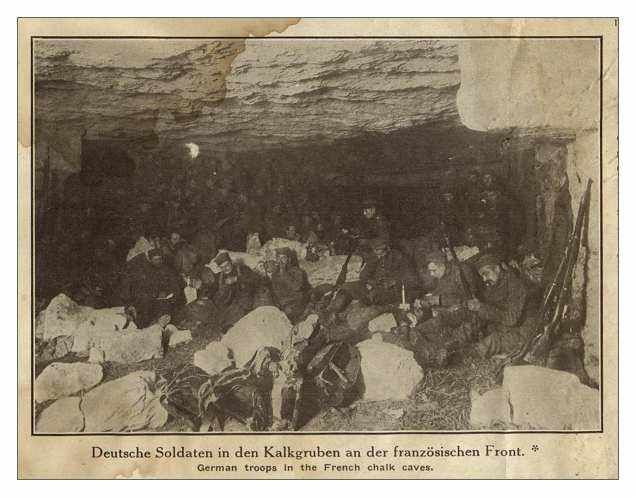 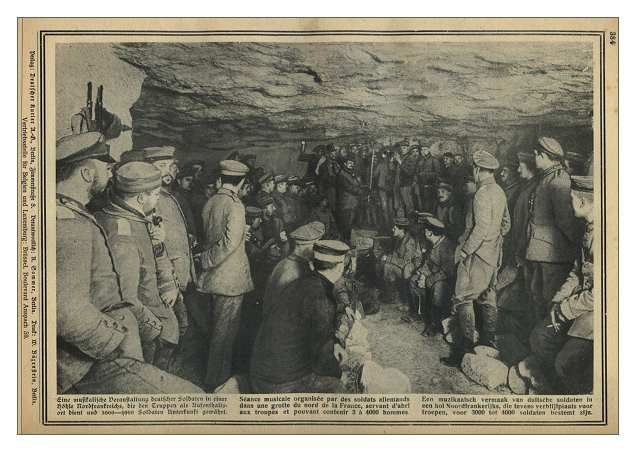 The irony of a regression toward a more primitive mode of habitation was not lost on news editors and photographers. Many magazines published photos of such dwellings accompanied by all manner of captions. While scorn might be heaped upon the enemy for living in caves, like cavemen, the own troops might equally well be praised for the adaptive ingenuity of adjusting to difficult circumstances and making the best of things. It was all a matter of perspective. 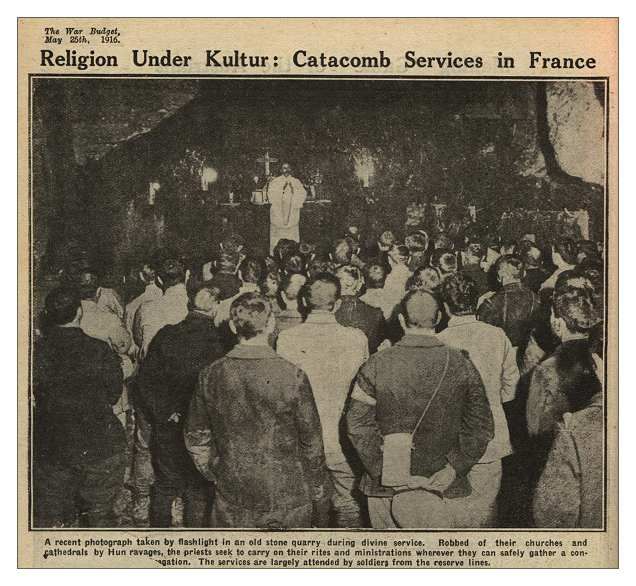 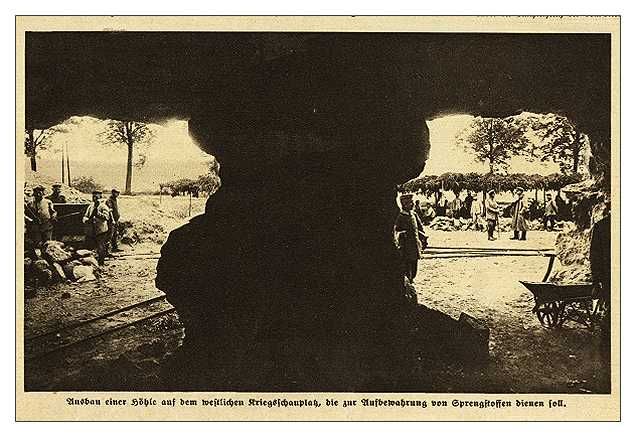 Most of the images shown here are from the early years of the war and come from news magazines on both sides. 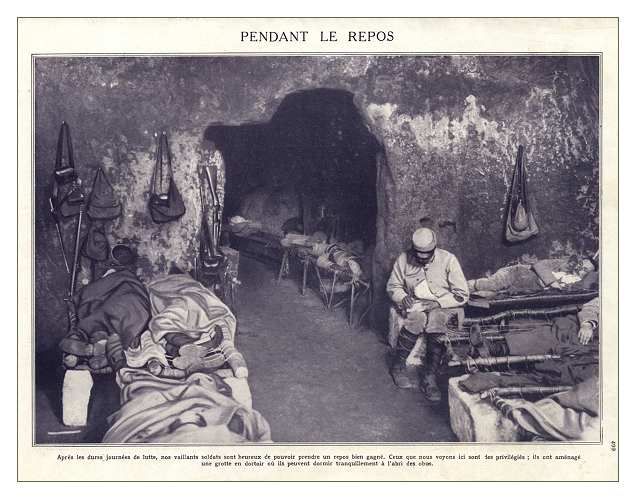 Postscript: The American 26th Division spent some time in the caves near the Chemin des Dames in the spring of 1918.  The Doughboys left a number of inscriptions on walls.  A good collection of them can be viewed HERE.
Thanks to Tony Langley for the article and photos