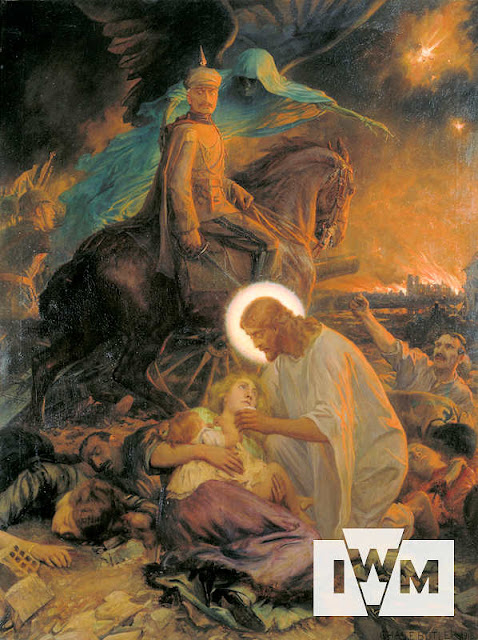 Some early artistic responses to the war were unconvincing; some showed unrealistic scenes of hand-to-hand combat and cavalry charges in a style more associated with the Napoleonic or Crimean Wars of the 19th century while others used out-dated religious and jingoistic imagery. Charles Ernest Butler’s narrative painting Blood and Iron depicts Christ comforting Belgium while the German Kaiser glances coldly on with the angel of death on his shoulder.

The Battle of Ypres: The Worcesters at Gheluvelt by Charles Sargeant Jagger 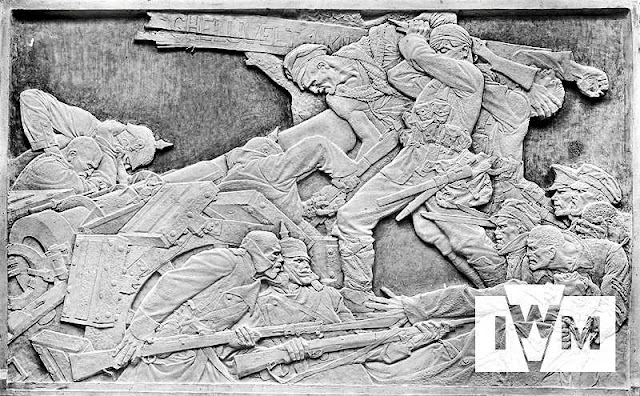 In February 1918 the British War Memorials Committee was established to create an artistic memorial to the nation’s effort and sacrifice. Sculptural works like this one were also planned for inclusion in a Hall of Remembrance which would house the collection. Due to lack of funds the Hall was never built and the works were given to the Imperial War Museum. Today they continue to inform how we commemorate conflict and have helped to build the visual iconography associated with the First World War. 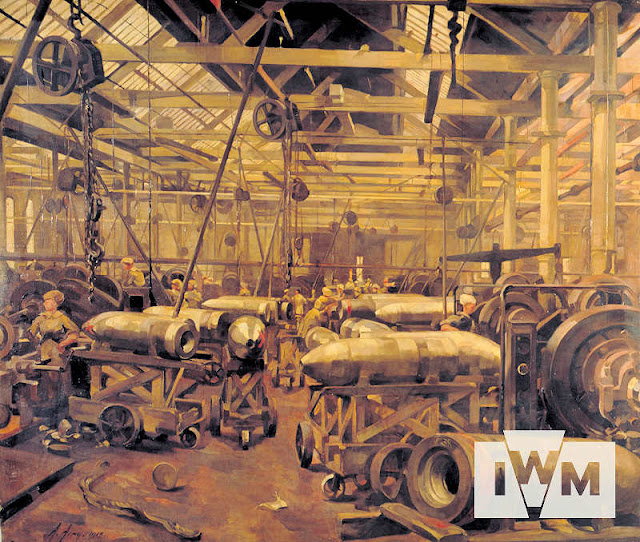 Artists also played a role in documenting the effect of war on the Home Front, particularly on women’s lives. Here we see an interior view of the workshop in the Singer Manufacturing Company, where the majority of workers were women. During the First World War the factory switched from making consumer goods to armaments. Anna Airy was commissioned to produce four paintings depicting munitions production and  here we see the women producing 15-inch shells for battleships. 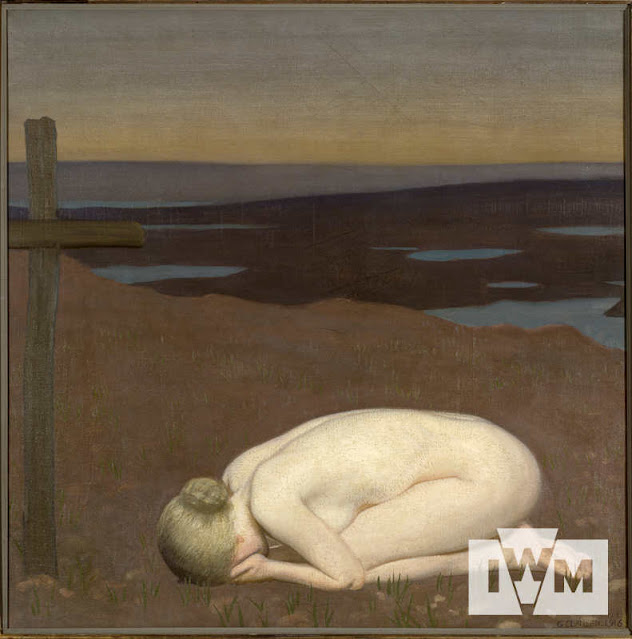 Many artists tried to capture the private emotion of war, especially if they had served at the Front or if they were personally affected in other ways. In this painting by George Clausen, the naked woman, representing Youth, kneels in grief before a wooden cross marking a grave. In the distance are the flooded craters of a battlefield. The painting is Clausen’s personal response to the First World War, in particular the death of his daughter’s fiancé. This depiction of private grief, however, also conveys a wider sense of a nation in mourning.