The War Comes for American Booze 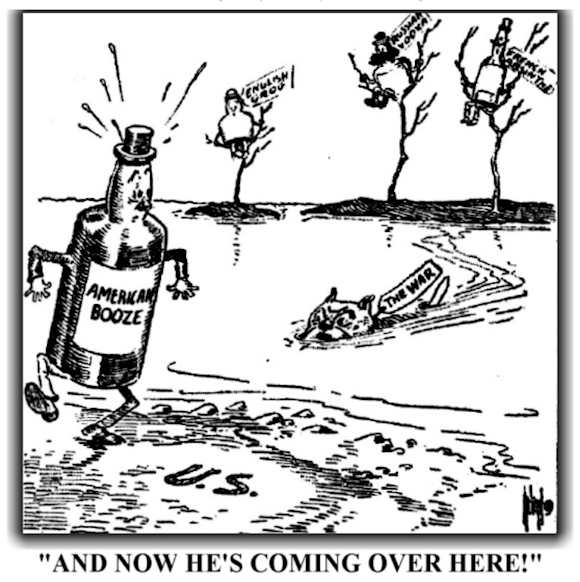 This 1916 Prohibitionist cartoon requires a little explanation. Anti-saloon forces—sensing the approach of war for America—looked at wartime rationing as a back-door method of initiating a ban on alcohol sales. The grains and potatoes used for beer, whiskey, vodka, and so forth would be in short supply then and would need to be reserved for food stocks rather than wasted in the manufacture of alcoholic beverages. "The War," therefore, constituted a threat to the opponents of Prohibition, "American Booze." The cartoon, which first appeared in the Columbus, Ohio, Dispatch was drawn by Billy Ireland, who is also known as the mentor of Milton Caniff, creator of Terry and the Pirates and Steve Canyon.