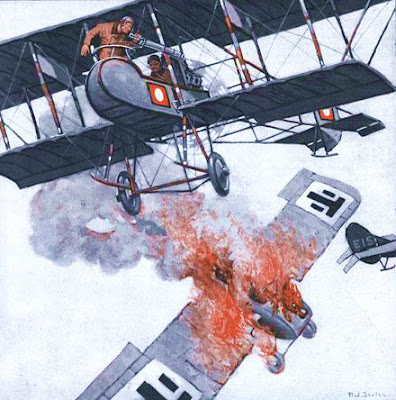 I put my bullets into the target as if I placed them there by hand.

If one has not given everything, one has given nothing.

The most important thing in fighting was shooting, next the various tactics in coming into a fight and last of all flying ability itself.

To be a great pilot you have to make a pact with the devil, but don't let him swallow you up.

Courage is doing what you are afraid to do. There can be no courage unless you are scared.

To the aircraft I aim, not the man.

I hate to shoot a Hun down without him seeing me, for although this method is in accordance with my doctrine, it is against what little sporting instincts I have left

You must take the war to the enemy. You must attack and go on attacking all the time