The World War One Wishbones of McSorley’s Old Ale House 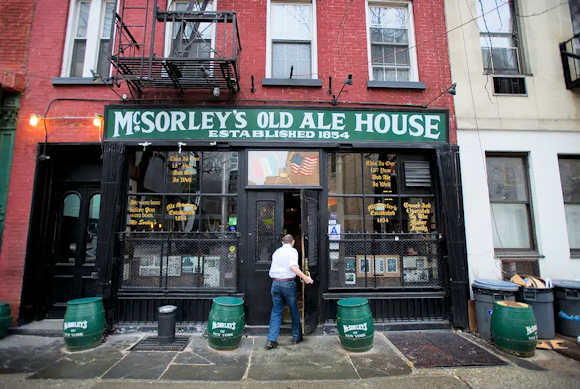 McSorely’s Old Ale House in New York City, the oldest Irish pub in the city, dating back to 1854, preserves some wonderful World War One artifacts.  In 1917, when a number of McSorely’s patrons who were getting ready to ship out for France—probably members of  the Fighting 69th, since it was an Irish ale house—were feasted with a turkey dinner. They took their wishbones and hung them on a rafter. There was quite a number of wishbones. After the war, the survivors came back to McSorely’s and redeemed their wishbones. The twenty Doughboys who were killed had their wishbones left on the rafter and there they have stayed all these years honoring their memories. 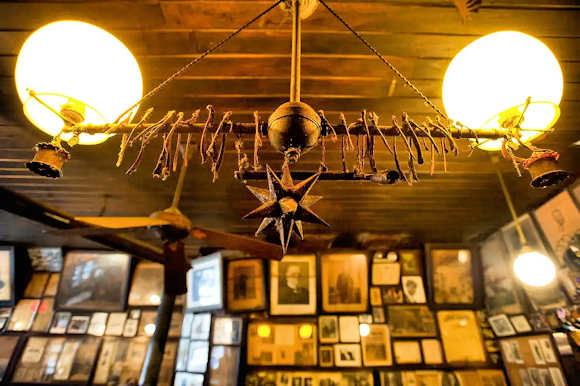 Hat Tips to WWI author Stephen Harris for the story; NY Times for the photos.