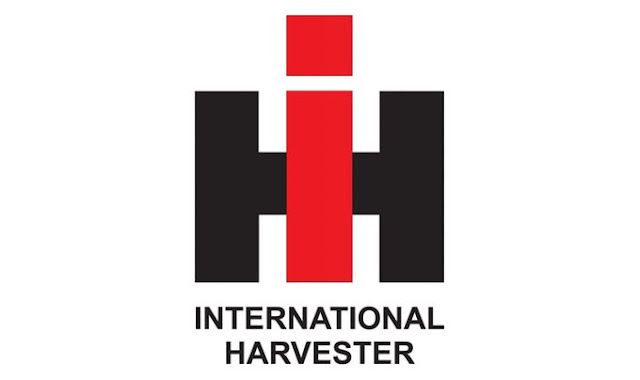 Designer Raymond Loewy was a an engineering officer in the French Army who served at Verdun.  He came to America and found his new career as an industrial designer.  One of the off-shoots of that was providing corporate logos for many of his clients.  Above is what might be considered his masterpiece.
In 1936 the company hired him to redesign the letter series of their tractors. The result was so good that the management asked Loewy to also rethink the main logo...and this is how the famous “Man on Tractor” logo appeared: Loewy sketched it on a menu while being on the train from Chicago to New York. However, it took some time for the company to change the official visual identity of the International Harvester, and the logo was introduced only in 1946. The main part of the new logo consisted of two letters—the uppercase “H” in a massive bold sans-serif, drawn in black, and the lowercase “i” with square shapes, executed in red and placed over the “H.” The original dot above the “i” was replaced by the square, which made the whole logo look masculine and strong.
The iconic “Man On Tractor” emblem was kept even after the acquisition of the brand by Navistar in 1986. Below are some of the better known creations of Raymond Loewy. 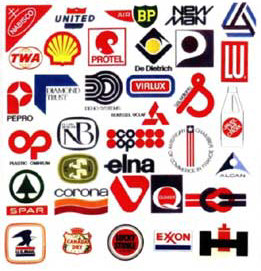