Images of a Doomed Fleet
from the Collection of Tony Langley 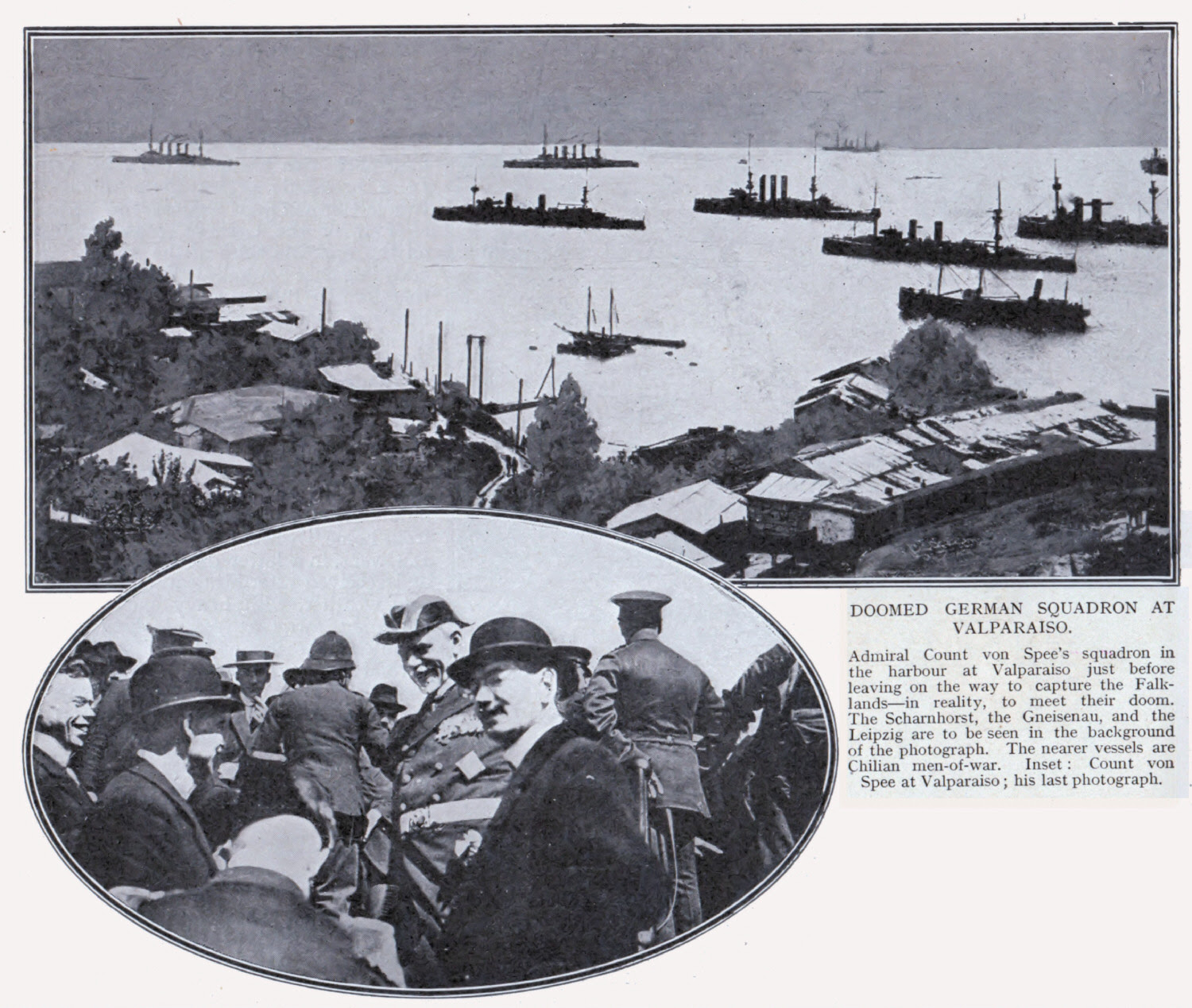 Images of a Doomed Fleet

The triumphant looking admiral in the lower photo above is Maximilian von Spee. He is visiting the city of Valparaiso, Chile, after his stunning defeat of a British squadron at the Battle of Coronel on 1 November 1914. Despite a large local German population, Chilean officials—concerned about neutrality issues—were not enthusiastic about this visit. They limited the German fleet to a 24-hour maximum stopover and to a maximum three-ship stopover. Those three ships, Scharnhorst, Gneisenau, and Nürnberg, are the outermost vessels in the harbor shown in the upper photograph.

The victorious admiral and his fleet, however, were destined for disaster. After leaving Chilean waters, they headed around the Horn to the Atlantic, intending to return to Germany. At the Falkland Islands on 8 December, von Spee unluckily ran into the very Royal Navy force sent to hunt for him. Its two modern battlecruisers, Inflexible and Invincible, could outgun and outrun any of von Spee's ships. After a long pursuit, all of the German ships, save one light cruiser, were sunk. British losses were negligible, while the Germans lost 2,000 killed, including Admiral von Spee and his two sons.