Ledwidge the Poet (1913) and the Hardened Soldier During the War 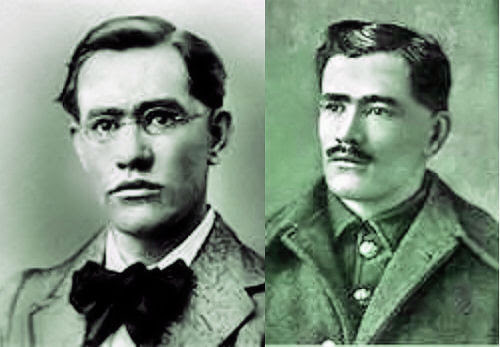 Francis Ledwidge (19 August 1887-31 July 1917) was well known as a poet in County Meath when he enlisted in the 5th Royal Inniskilling Fusiliers in October, 1914. His first poem had been published in 1910, and from then on he published various poetry and other pieces (some written in Irish) in various magazines and newspapers. In 1912 a poem was accepted by The Saturday Review and soon he was recognized as part of Ireland’s literary world.


Until he enlisted in the British Army his poems mainly dealt with the countryside of County Meath. He wrote of fields, hills, rivers and of Irish folklore. The fairy world also found its place in his poems. Nature was so much the subject of his poetry that he became known as “the poet of the blackbird.” However, when he became a soldier—and soon a Lance-Corporal—nostalgia found its way into his poems and he couldn’t avoid the war in his poetry any more than he could in his life.

Ledwidge was to see action in the Dardanelles, where he landed at Suvla Bay and faced warfare at its worse. In the first nine days his Battalion was reduced by half. He wrote home to a friend in Ireland:

It is surprising what silly things one thinks of in a big fight. I was…pouring lead across a little ridge into the Turks and…found myself wondering if a cow that I knew with a disease called ‘timber-tongue’ had really died.

After the debacle in the Dardanelles his unit was sent to Salonika where he suffered much from the cold. As they retreated from Bulgarian attacks he marched for six days, losing some of his manuscripts along the way. He ended up in hospital in Cairo for four months followed by a few weeks in England. The news of the Easter Rising, which brought about the execution of his friend and fellow-poet Thomas MacDonagh, greatly upset him.

The end of December 1916 found his battalion in the village of Picquigny, north of Amiens and again in extremely cold weather. Yet in the midst of these conditions he was still able to compose his delightful two-stanza pastoral “Ceol Sidhe” (Fairy Music), drawing on Irish country imagery and fairy lore. As we can see in the first lines, his mind could still roam the countryside of Ireland:


By March the Battalion was at Le Neuville, where Ledwidge celebrated the coming season with a longer poem, “Spring.” But soon he would be in the trenches north of Ypres as preparations for the Third Battle of Ypres—Passchendaele—took place. He wrote to the Irish poet Katherine Tynan of how I want to see again my wonderful mother, and to walk by the Boyne to Crewbawn and up through the brown and grey rocks of Crocknaharna. You have no idea of how I suffer with this longing for the swish of the reeds at Slane and the voices I used to hear coming over the low hills of Currabwee.

On July 31st he was near the front lines north of Ypres in pouring rain laying down wooden planks to enable guns and other equipment to get through what had become a hideous expanse of mud. Soaking, he paused for a drink of tea and was killed almost instantly by an exploding enemy shell.

The poem cited at the beginning of this article was one of his last, and is a euphemistic yet touching and poignant expression of the feelings of battle-hardened soldiers at the death of a comrade. The description of the grave and the burial of the soldier are the antithesis of actual war experience. A peaceful midnight, gentle and careful handling, the elimination of battle sounds, all take over now. The grave’s soft earth will bring flowers and a nesting lark in the Spring—a lark which, to paraphrase a Shakespearean sonnet, will surely rise from the sullen earth at dawn and sing hymns at heaven’s gate.