Just Who Were the Polar Bears? 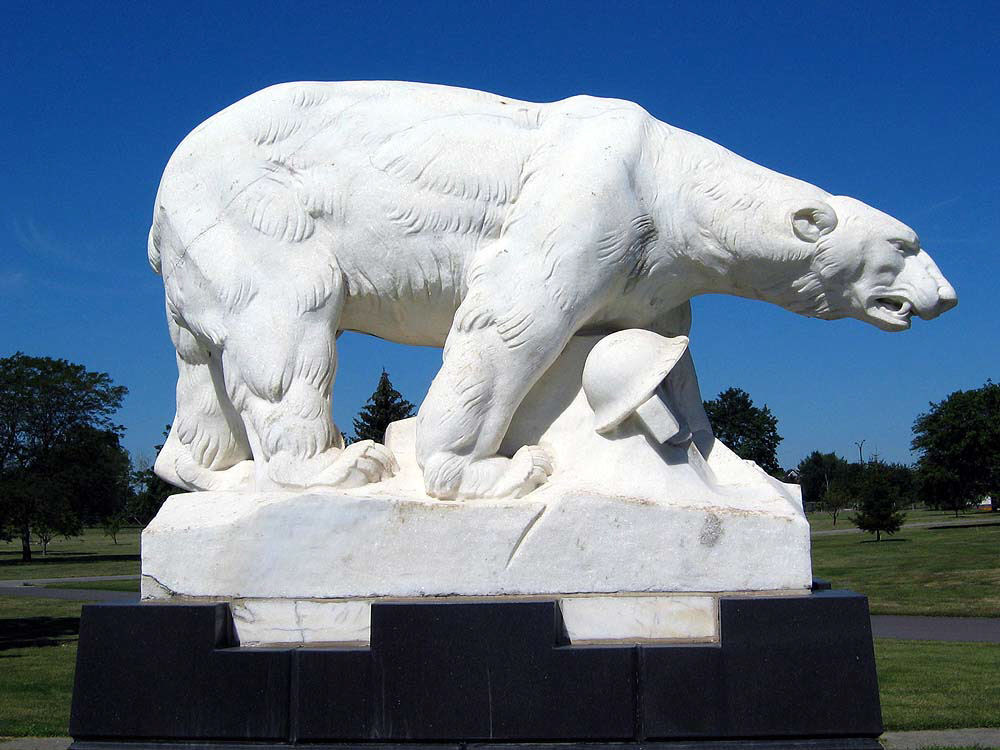 The American military intervention at Archangel, Russia, at the end of World War I, nicknamed the "Polar Bear Expedition," is a strange episode in American history. Ostensibly sent to Russia to prevent a German advance and to help reopen the Eastern Front, American soldiers found themselves fighting Bolshevik revolutionaries for months after the Armistice ended fighting in France. At some point, they named themselves the Polar Bears.

During the summer of 1918, the U. S. Army's 85th Division, made up primarily of men from Michigan and Wisconsin, completed its training at Fort Custer, outside of Battle Creek, Michigan, and proceeded to England. While the rest of the division was preparing to enter the fighting in France, some 5,000 troops of the 339th Infantry and support units (one battalion of the 310th Engineers, the 337th Field Hospital, and the 337th Ambulance Company) were issued Russian weapons and equipment and sailed for Archangel, a Russian port on the White Sea, 600 miles north of Moscow within the Arctic Circle.

The strategy of the expedition's commanders was to advance south and east to join Russian and foreign anti-Bolshevik armies hundreds or even thousands of miles away. Fighting during the winter of 1918–1919 was concentrated in six areas scattered across Archangel Province in a semicircle south of the city. The Americans had a number of intense skirmishes, the most famous of which, the Battle of Toulgas, was fought 200 miles south of Archangel, ironically on Armistice Day for the war.

Morale declined over the grim winter with the troops—who were experiencing hit and run raids and growing dissatisfaction with the British command of the mission—increasingly feeling forgotten and confused about their mission. They were withdrawn the following spring. 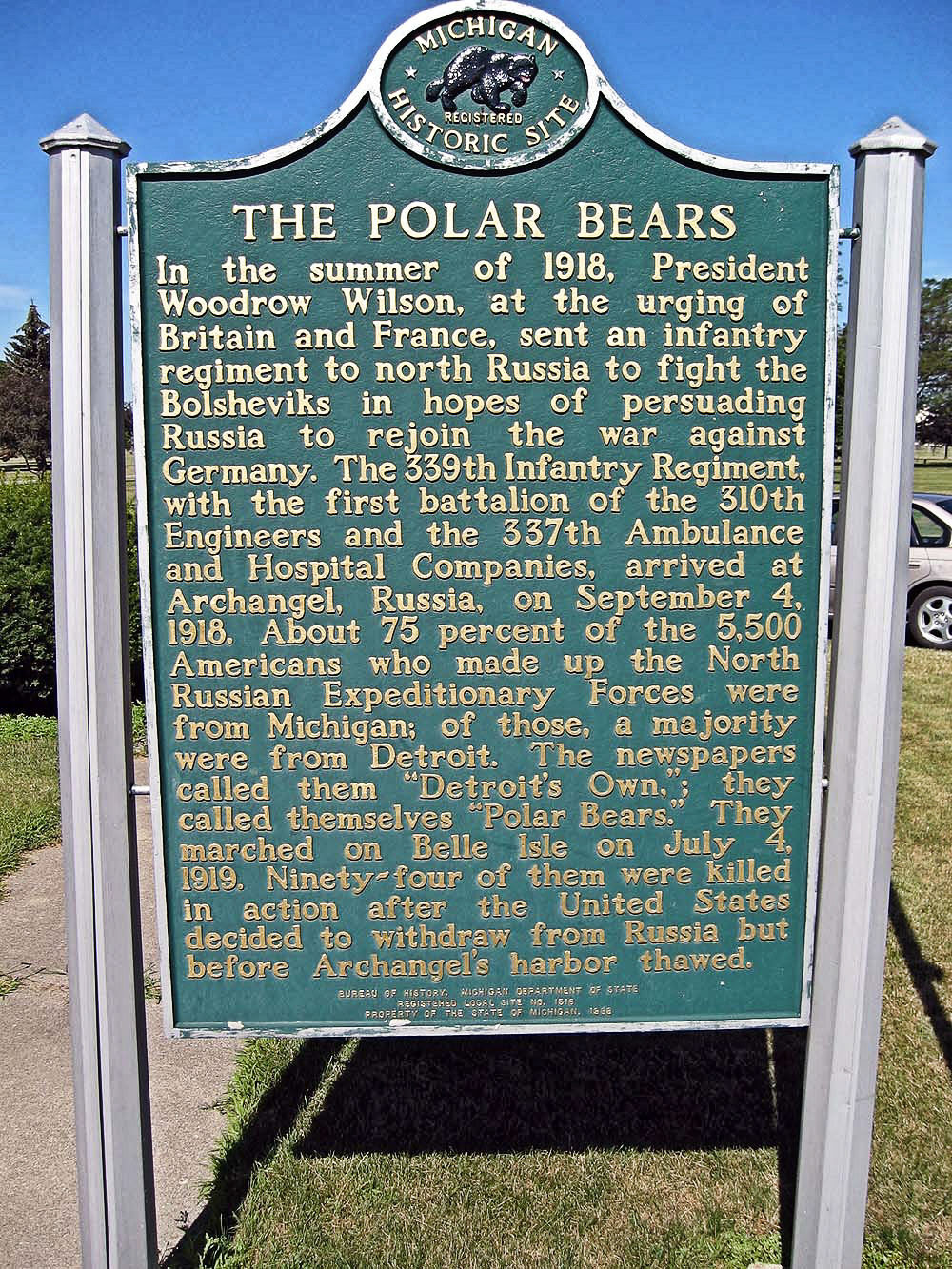 Kiosk 1 at the Memorial


The Troops in Russia 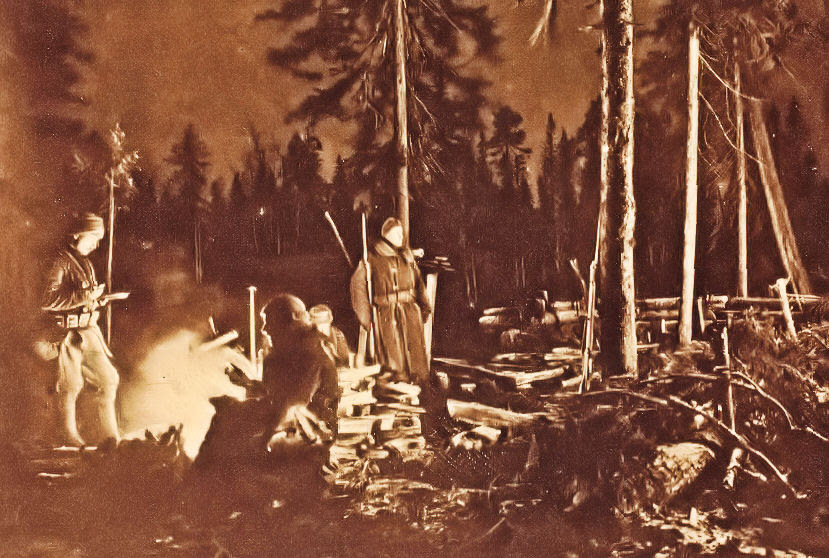 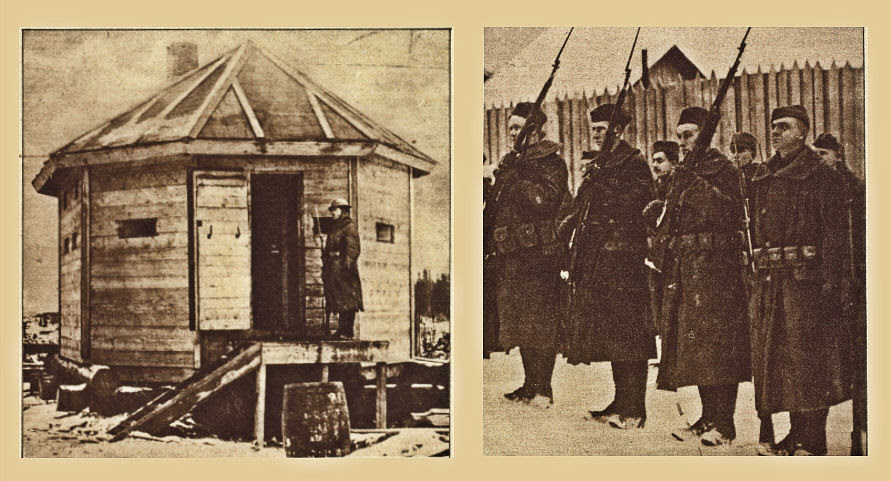 There Are Few Combat Action Photos for the Polar Bears


Retrieving and Honoring the Fallen 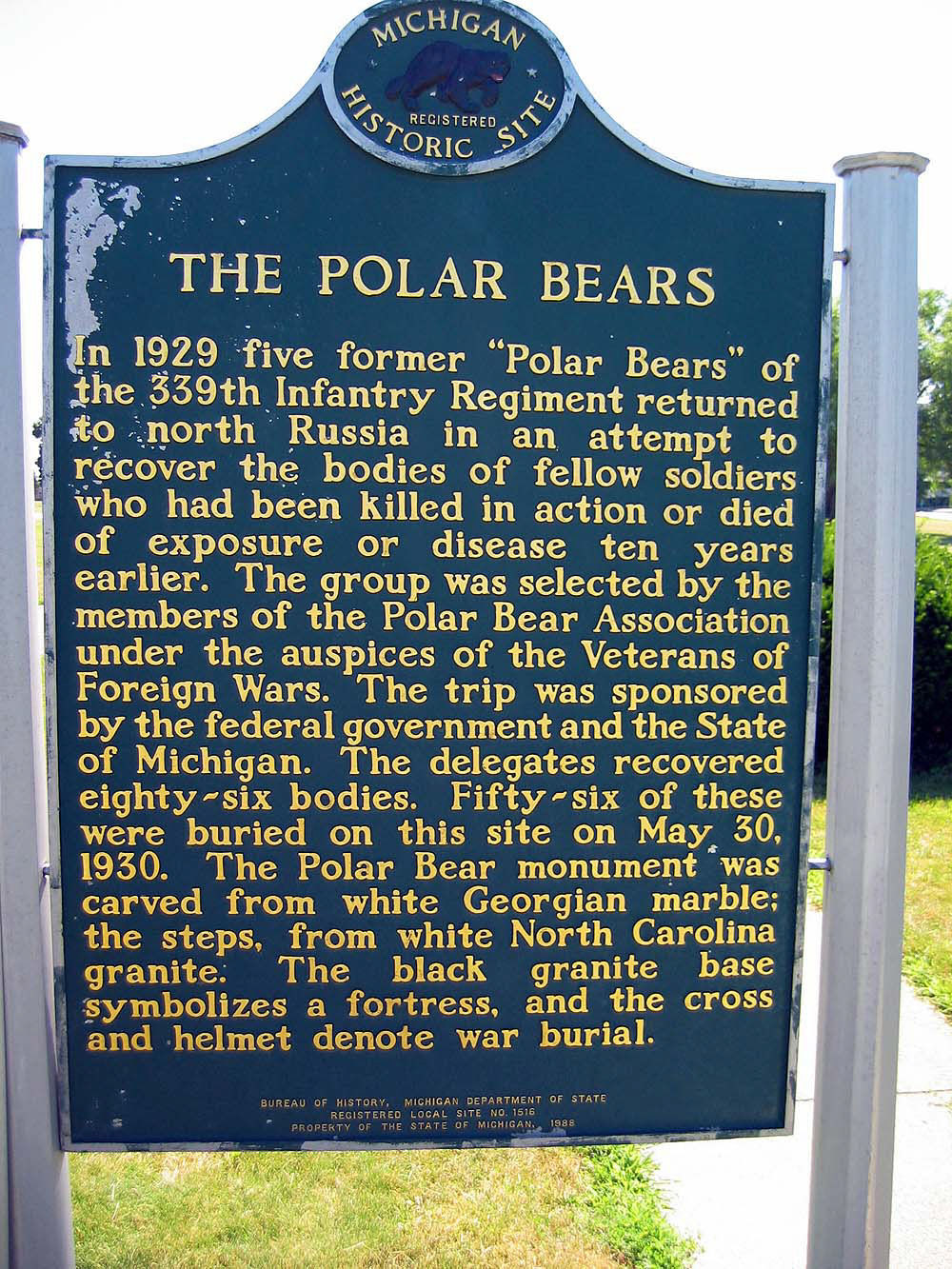 Kiosk 2 at the Memorial 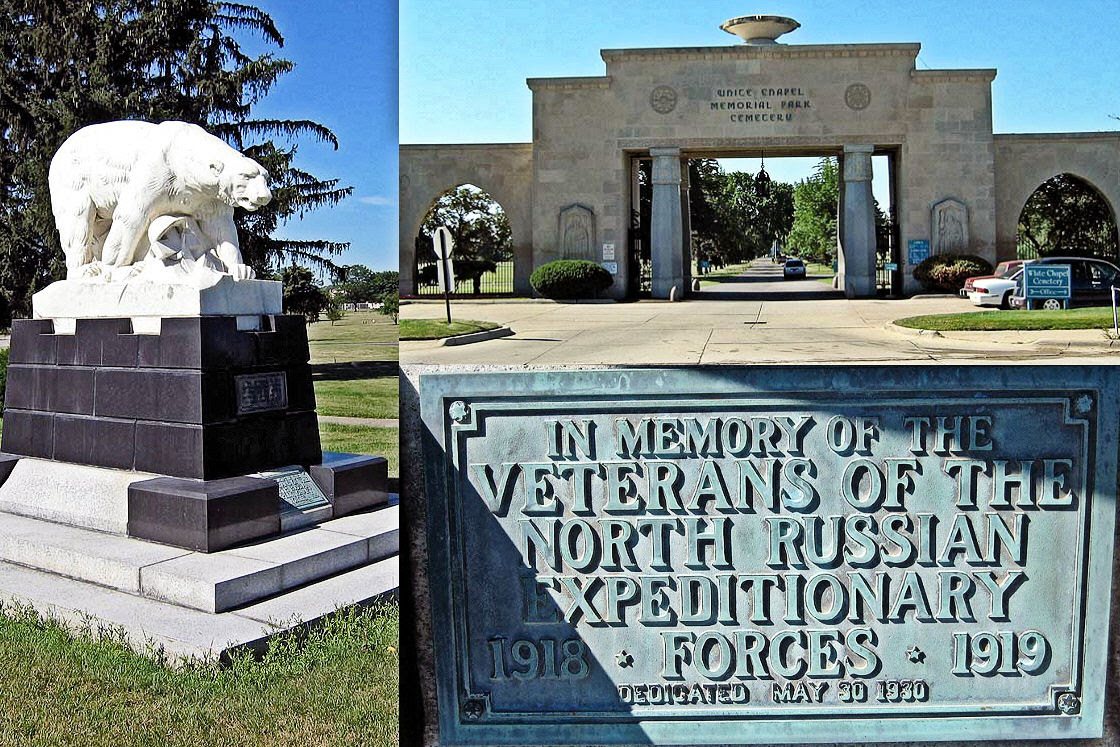 Another View of the Monument, Cemetery Entrance, and Dedication Plaque