At the start of the First World War, German forces had a distinct advantage in the use of grenades for close-in work as the trench system took shape.  Their opponents improvised in response, the British distributing the famous Mills Bomb grenade by 1915.  Below are images of some of the French solutions, which were published in the monthly Larousse Mensuel in September 1915.

It shows grenades in numerous configurations, but the most interesting illustrations are of the launching systems.  That explosive charges, rifles, and strong arms were used to send grenades toward the enemy, is well known.  Launching them via catapults and ping pong paddles, however, is not well documented.

The illustration below—from Tony Langley's collection—also includes a drawing of a primitive mortar. 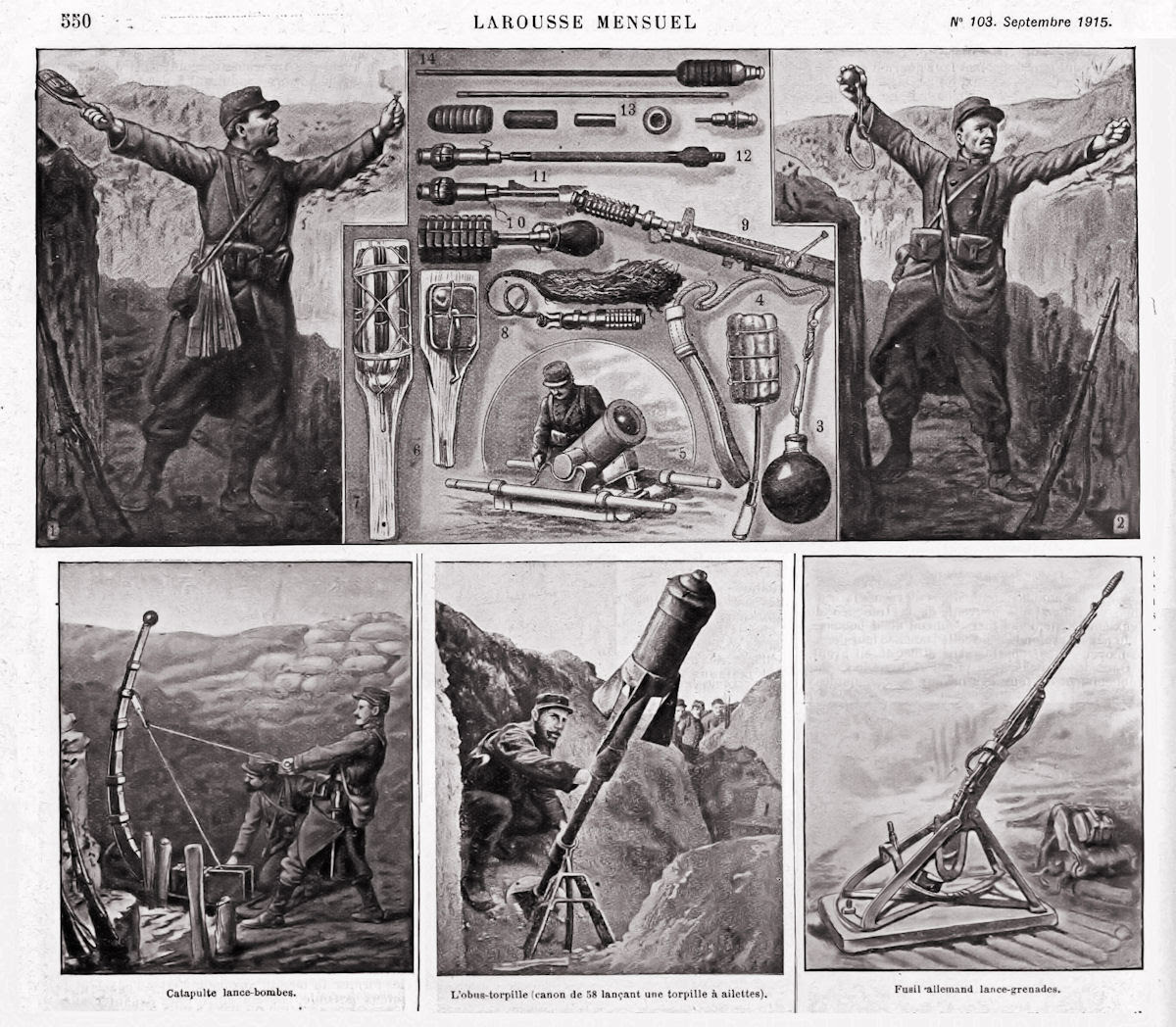