Since there was fighting around Ypres in every year of the war, the 160 cemeteries in the area often have casualties from a number of the actions. Here we have tried to select some of the cemeteries and memorials most closely associated with the Battle of Passchendaele. We have chosen to not include the Menin Gate, the most recognized memorial of the Salient and, maybe, the entire Western Front.

Our pronunciation system is a non-academic approach to phonetic transcription aimed at giving reasonably accurate, clear, and simple direction for English speakers who want to have some insight into pronouncing these words and names. The bolded and blue syllable is the one to stress, as in bolded. 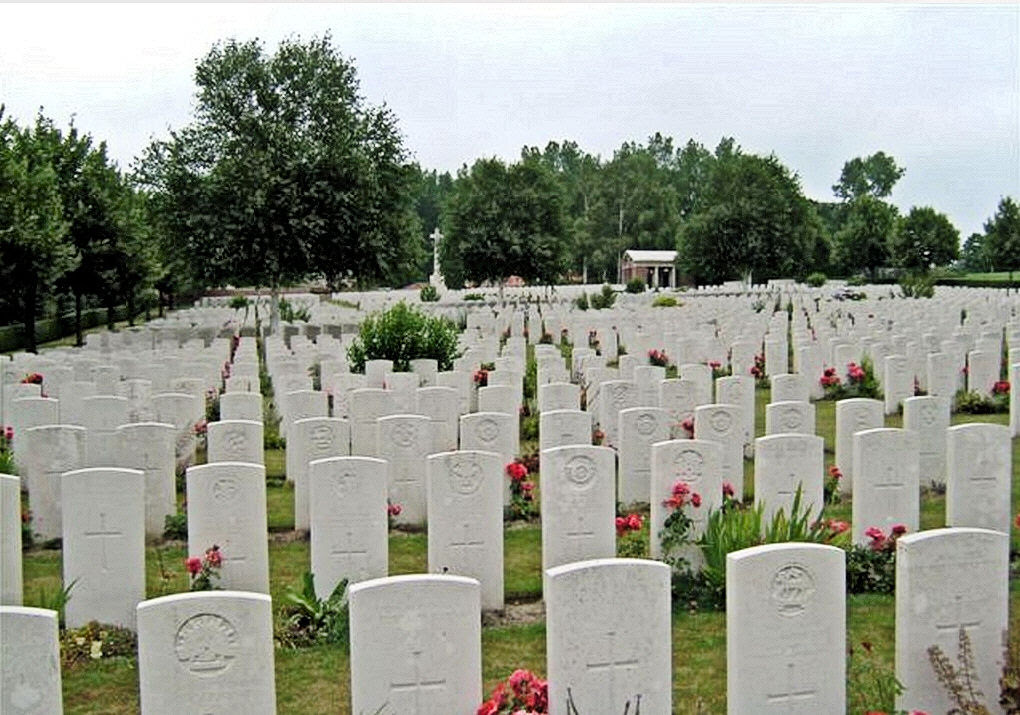 Located on the Menin Road, 4 km east of Ypres, the area around Hooge Chateau was the scene of heavy fighting in every battle in the Salient.  On 31 July 1914 it was just ahead of the jump-off line and was soon captured.

Of the four large German cemeteries in the Ypres Salient, the one most associated with Passchendaele is at Langemark, north of Ypres in an area important in the opening of the battle. Its most famous feature is the four-figure sculpture of mourners by Emil Krieger.

Captured by Australian Forces in September 1917, Polygon Wood's largest cemetery contains over 2,200 fallen, with monuments to the Australian 5th Division (shown) and the New Zealand Division (not shown).

**In Upstairs Downstairs Mr. Hudson frequently reads out war news from the papers to the staff and plots the events on a map. In one episode he reads out "Zonnybeekee" in his Scots brogue with a questioning look on his face and promptly seeks it out on his map. 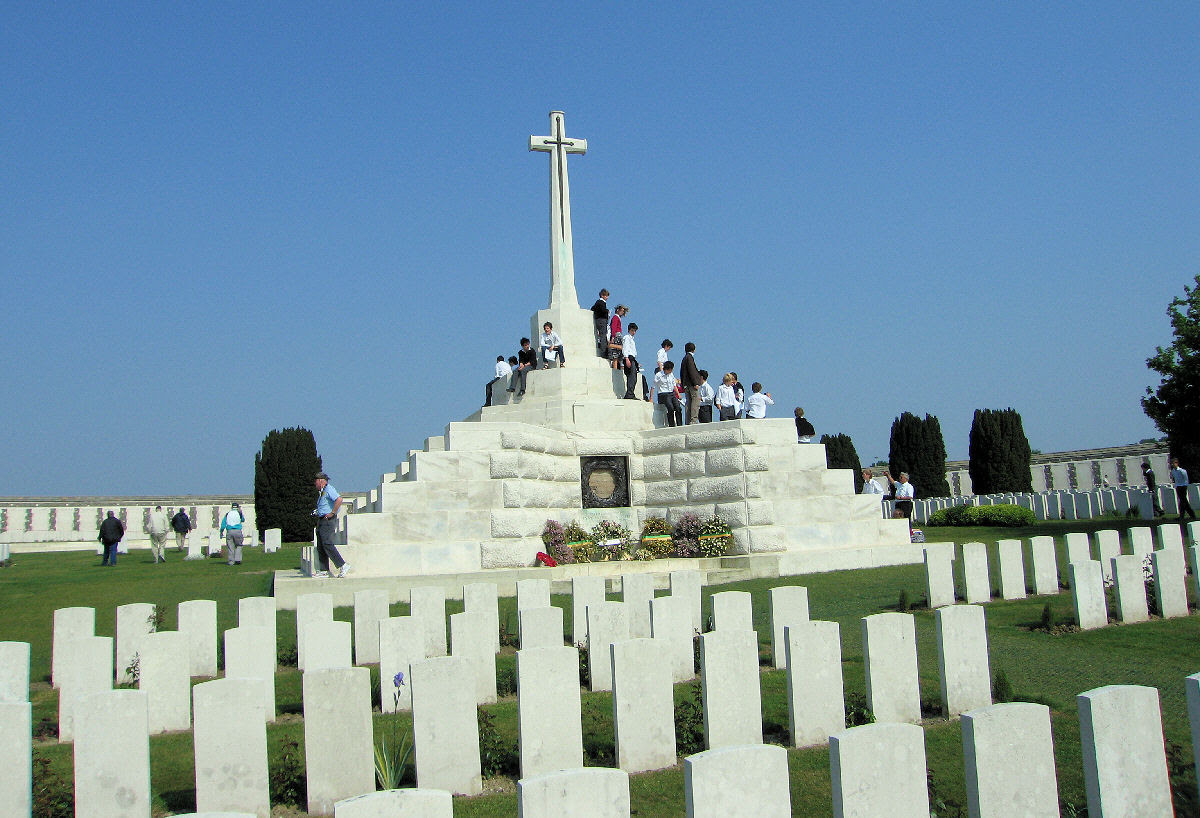 The largest of all Commonwealth War Graves cemeteries, Tyne Cot was the site of a German bunker converted to a dressing station by advancing British Forces. The cemetery now holds almost 12,000 burials and  the Tyne Cot Memorial (the long wall behind the graves) that displays 35,000 names of men missing in the Ypres Salient. 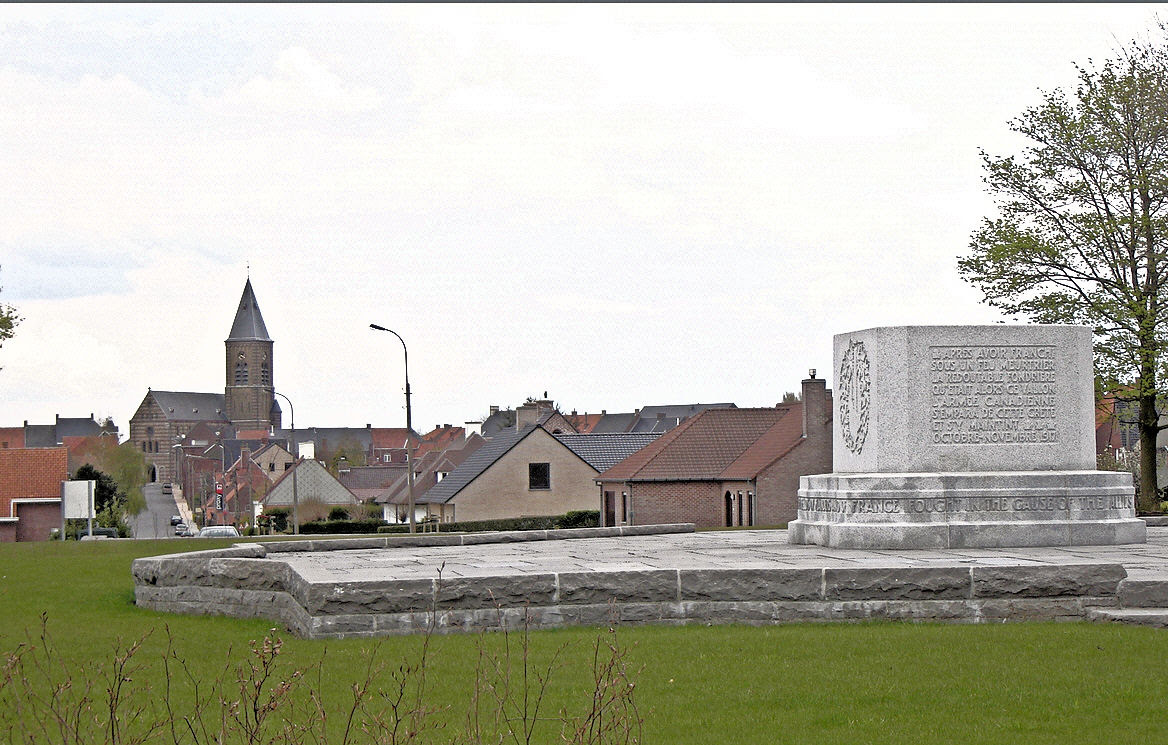 Canadian Forces captured this small farm site on the outskirts of the village, and then needed ten days to advance to the church one-half mile distant in the culminating action in the Battle of Passchendaele.