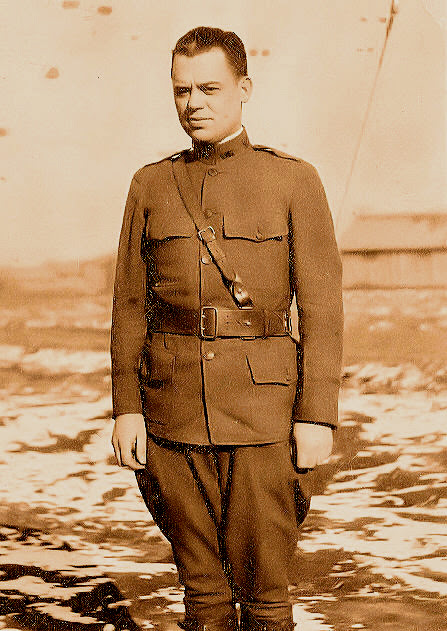 Benjamin L. Agler of Youngstown, OH, volunteered for the AEF and was called to duty with the 4th Division Motor Supply Train in early March 1918. He was 29 years old, a graduate of Hiram College, unmarried, and working in an insurance agency. His transport ship arrived in France on 9 June, whereupon he commenced service that took him through the Chateau-Thierry to participate in the Second Battle of the Marne. The 4th "Ivy" Division was subsequently the only American division to go into battle on the first of both the St. Mihiel and Meuse-Argonne offensives. Upon his promotion to captain (received on 11 November 1918) he was transferred to the 26th "Yankee" Division and sent in to Germany as part of the occupying army.


Here is an excerpt from his handwritten diary on the opening of the Meuse-Argonne battle:

September 27th - Friday - Bois de Landrecourt
We have advanced our lines about 20 km. and the action still continuous. The 79th Div. on our left were unable to reach their objective and the 4th forging ahead flanked their foe and caused them to retreat and enabled the 79th to occupy the designated position [ed. note: Montfaucon] Our Div. took 4,000 prisoners and many cannons in the two days fighting and it is reported that the Amex have taken 35,000 prisoners in our sector. The attack followed the heaviest barrage ever known. Artillery of all sizes was massed on this front in quantity surpassing any in the history of the world. Our Inf[antry] met feeble resistance and the enemy seemed eager to surrender. The prisoners are either very young or very old and look worn out and war weary. They are pitiful objects. Our operating conditions are difficult and strenuous. We only have 50% strength but are functioning. We took 85 truck loads of rations to the front today and the boys are well fed. We operate about 20 hrs. per day out of the 24. All of my trucks are in service for tonight. It still rains and is very cold. Quite disagreeable. 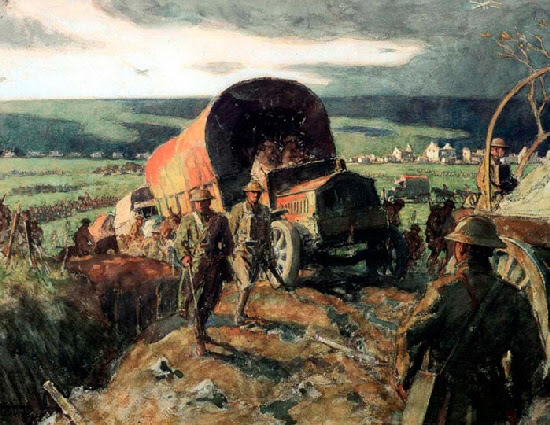 On 18 April 1919 Captain Agler arrived back in America:


Docked at Commonwealth Pier at 9:00 A.M. amid great ovation. Abt. 15 boats met us at the 3 mi. limit and escorted us in. We disembarked at 12:00 A.M. [sic] and took train for Camp Devens. Arrived at Camp at 3:30 P.M. Went thru Sanitary process. Slept under canvas and nearly froze.

Capt. Agler returned to Youngstown, and opened his own insurance agency. He married Josephine Butler Ford of Youngstown, OH, in 1922. He met her through her brother Capt. John Ford. Children were: Blanche, Mary, Caroline, and Benjamin, Jr. Capt. Agler died in 1938 in Youngstown, OH.
Ultimately, Caroline gave birth to Roads Assistant Editor Kimball Worcester. KW remembers playing with his Great War kit as a child, including a fascinating pickelhaube, all of which, alas, disappeared before she could commandeer it.